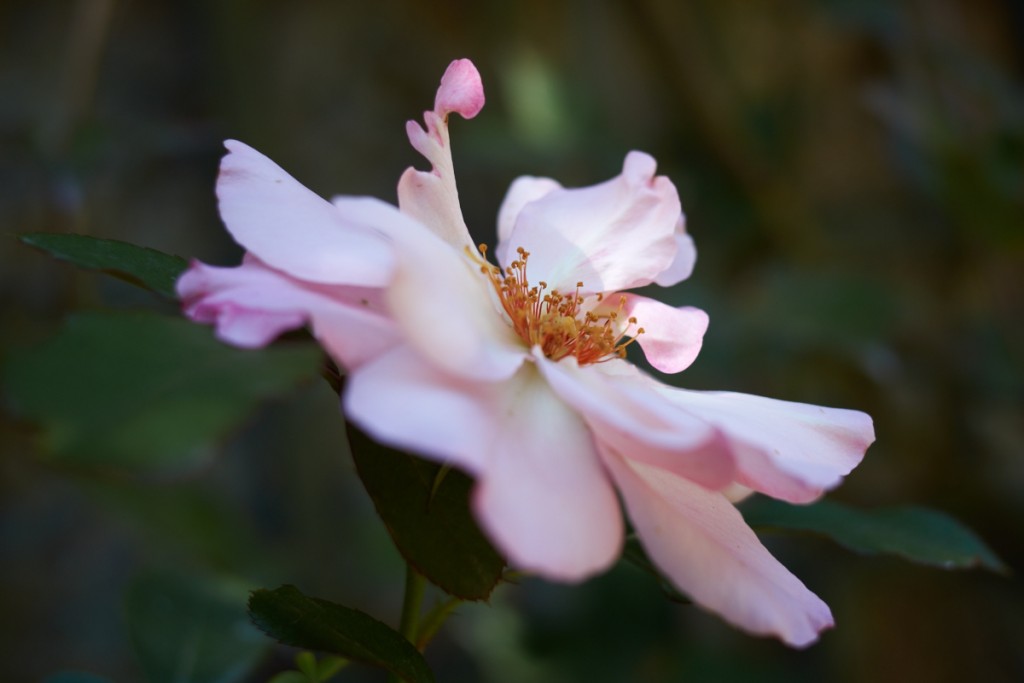 Fact is, just a few years ago, DSLRs accounted for 100% of top-quality cameras, excluding medium-format and other professional gear.

Mirrorless cameras were all compact, with thimble-sized sensors, very limited in terms of performance.

There was but one exception, a small market niche for rangefinder cameras, almost exclusively Leica. But, despite the superlative glass, special shooting experience, and overall great IQ, Leica’s idiosyncracies and high cost confined it to a very small market share. 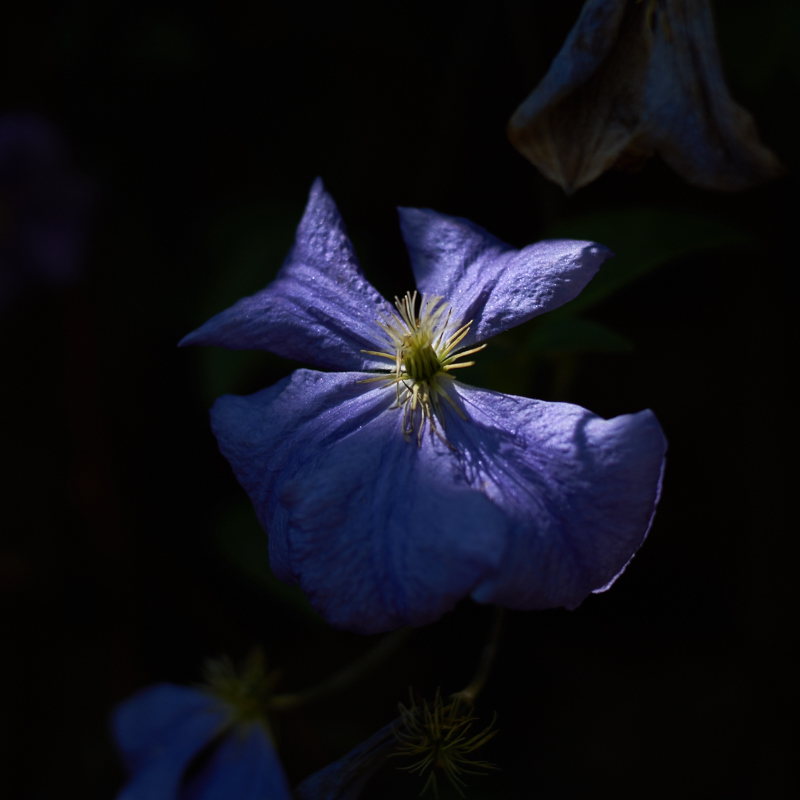 Now, with the advent of newer technologies, DSLRs are headless ducks. Yes, they are still running around and flapping their wings, but their heads have already been chopped off, and it is just a matter of time until they die as a tool for very high IQ.

That story unfolded in an unexpected way. DSLRs are large, and thus also to some extent heavy and expensive because of the mirror box and mirror required to operate them. So it stood to reason that manufacturers seeking to build very small and light cameras would dispense with the whole assembly and replace it with an electronic viewfinder, reading the signal straight off the sensor. But early electronic viewfinders were small, with limited resolution, and an uncomfortable feel. So mirrorless cameras were confined to cheaper, smaller, so-called compact offerings. 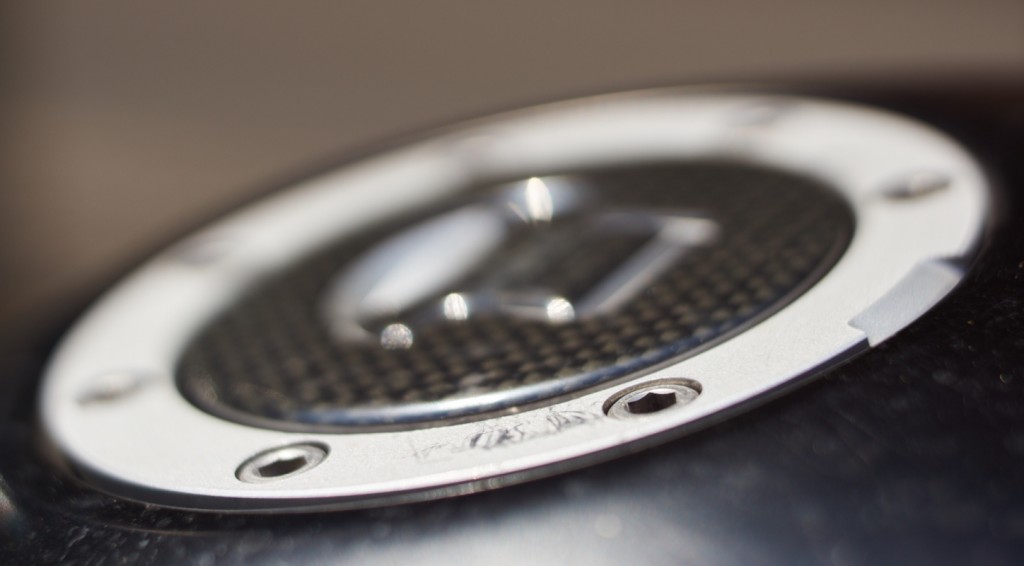 Enter Micro 4/3 and Sony NEX, with for the first time, interchangeable lenses and sensibly sized sensors. IQ progressed significantly, but the mediocre viewfinders and very slow autofocus still prevented such cameras from competing with DSLRs.

Cameras, today, however, are almost entirely electronics devices, and therefore improve at great speed. Yet Canon and Nikon, the DSLR de facto duopoly, only upgraded their high-end offerings every 3 to 4 years, in line with practices in the camera market. They looked down at others, principally Sony, and called them “an electronics and entertainment business, not a camera company”. Which is, in a perverse way, true. As “not a camera company”, Sony proceeded to innovate with blazing speed, helped in no small measure by the excellence of its in-house sensors, of which it is the world’s largest and best manufacturer.

Another indication of the fact that the 2 market leaders weren’t listening is the fact that another “not camera company” emerged from nowhere to “steal” from them a multi-billion-dollar business, GoPro with the action cameras.

Where are we now?

Very simply, mirrorless have closed the gap in most performance areas with DSLRs, and opened a few of their own. There are now categories in which DSLRs are simply no longer the best tool to ge the best results. Sorry guys, but with Canon and Nikon asleep at the wheel, things have moved on.

To wit: landscape. Canon who used to own that market segment due to its groundbreaking 5D II were out of contention, simply because they failed to improve resolution or IQ for 7 years. Now they have a new flagship, the 5Ds, with 50Mp. Alas, because it is the same old technology, dynamic range lags seriously behind Sony’s already 4-year-old 36Mp sensor, and it got trashed by the Nikon D810 and Sony A7R according to DxO’s lab tests. 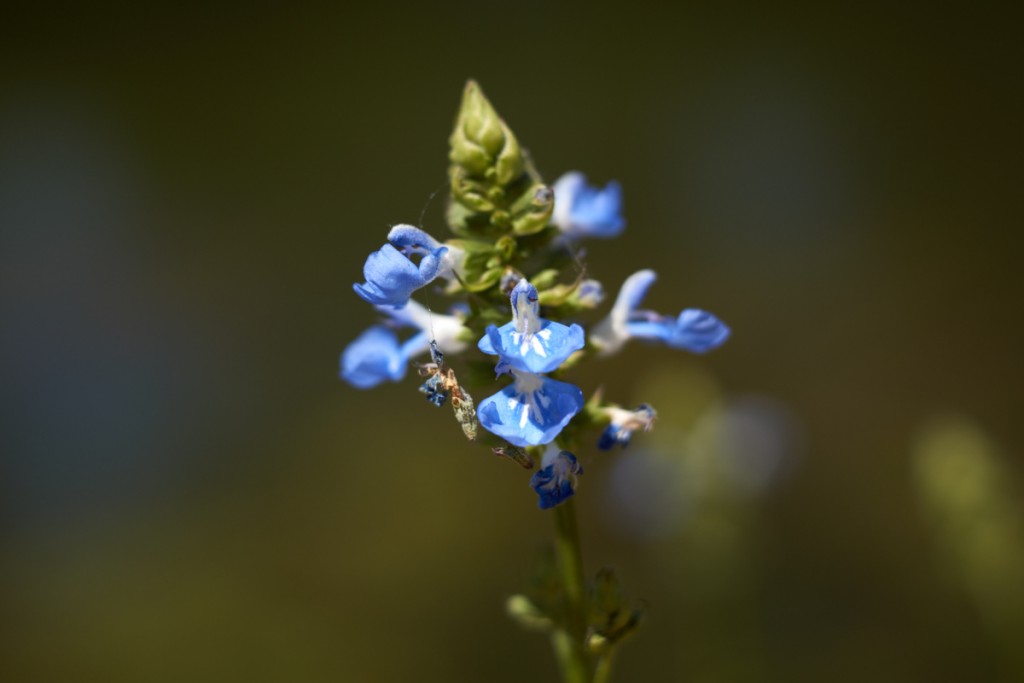 Nikon, who stole the lead from Canon, have their own challenge to meet, in the form of Sony’s new A7RII, with improved resolution (42Mp) and lower noise thanks to its novel backside-illuminated sensor.

Not only that, but new technology is coming, again from an unexpected side. In smaller, undistinguished cameras, in-body stabilisation has been here for years. Only Sony sought to port it over to full-frame sensors, with its A900 and A850. But now, the A7RII has it, which means all lenses will now benefit from it, including Zeiss Otus, Leica, and Canon tilt-shift. The breakthrough, however, is different. It is called pixel shift. Stabilisation mechanisms are used to take multiple shots of a scene, obviously stationary, but shifted ever so lightly (1/2 pixel) from each other. These mutliple shots are then reassembled, but with much higher resolution than a single one. A 16Mp M4/3 camera can generate a 40Mp picture. For landscape, that matters. Considering that Sony’s A7RII is a stabilised body, it is only a matter of time until it yields … 100Mp shots!

Autofocus has long been the Achilles heel of mirrorless cameras, but no longer. First Olympus, then Sony have shown that on-sensor AF can and does perform fast and reliably. Again, the breakthrough comes from an unexpected direction. The Sony A7RII offers fast AF even with adapted lenses! With Sony A-mount, thanks to a LAE3 adapter, and Canon with a Metabones adapter. And there is talk of an electronic adapter for Nikon as well. So Canon and Nikon are no longer “protected” from losing customers who are captive of their large investment in glass. 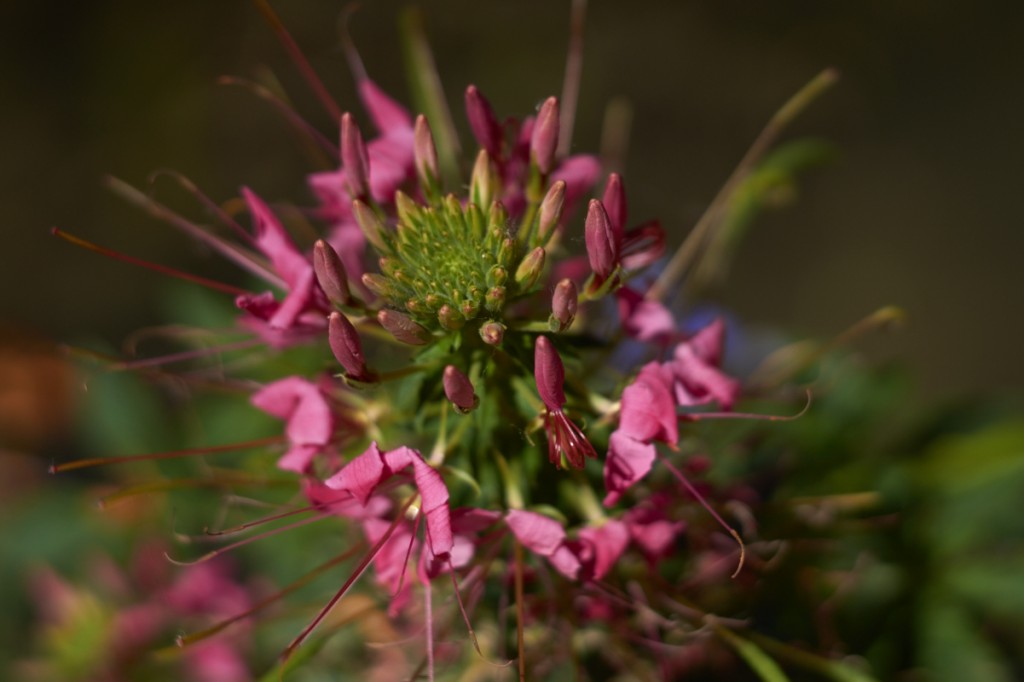 And because mirrorless systems are designed from the ground up as electronic devices (and not cameras, hint, hint!), they shine in other areas, like video. Native 4K in a mirrorless, sure. In a DSLR? No. Or not yet at least. Frame rate? Mirrorless rhymes with effortless, wheres DSLRs are boat-sized if you want 10 images per second or more. Imagine, the new Sony A7RII (and the A7S before it) have a fully electronic shutter. No mechanical shutter. Just an electronic process straight on the sensor. No noise, no vibration, no parts that can fail, or that cost money. 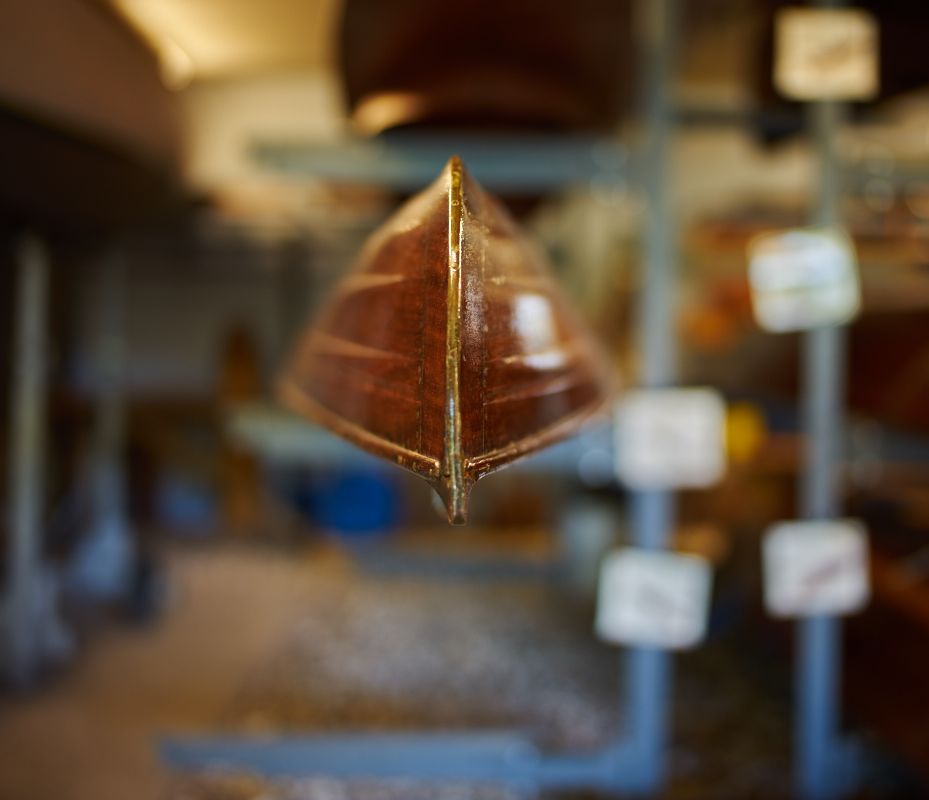 But all this is not the single most important factor IMHO. Think überlenses and very high resolution. As Pascal has demonstrated in his great posts, a lens like the Otus 85 requires incredibly accurate focusing to yield best results. That focusing cannot be autofocus, because fast autofocus requires a light mobile assembly within the lens, meaning a short focus throw, and short throw means not very delicate, the very opposite of what is needed for total accuracy. This, alone, does not show why mirrorless are better at this game, because, after all, Otus are designed for DSLRs. The key, here, is the electronic viewfinder. Gone are the days of low resolution, and here comes the secret weapon: magnification! With in-viewfinder magnification (and, for those who like it, focus-peaking), focusing precision beats that of optical viewfinders every time.

So, it is no suprise that all überlenses are manual focus, and the best way to überfocus them is with magnification. Unless you are willing to use a tripod 100% of the time, and when you do it is cumbersome and pretty much restricted to landscape, that means with a mirrorless system.

Which is why I have selected shots for this post which were all taken with an überlens, high-resolution sensor, focused with magnification. Which doesn’t mean that DSLRs should be discarded and dumped because you can’t take a good picture with them any more. First and foremost, a great photographer matters more than a great camera and lens. But, if you are out to buy the best of the best, the highest resolution body, glass to take full advantage of it, and focusing to get exactly the result you want down to the greatest possible precision, mirrorless is the only game in town. And it will only get more so. Which doesn’t mean that Canon and Nikon can’t join the fun. But they need to change their attitude, up their innovation game, and give more respect to what technology enables and what customers want than to protecting their existing business and market share.

And some will say “and Leica?” Leica are going their own way. They seemed to be a rangefinder-only company, after they killed the R system. Then came the S system, medium format DSLR with autofocus Now the Q adds a second autofocus system, possibly with lots of help from Panasonic for that and other electronic expertise. But Leica today do not have a full-frame sensor with very high resolution, so neither the autofocus of the Q nor the rangefinder of the M are stretched to the point that focusing becomes the limiting factor. 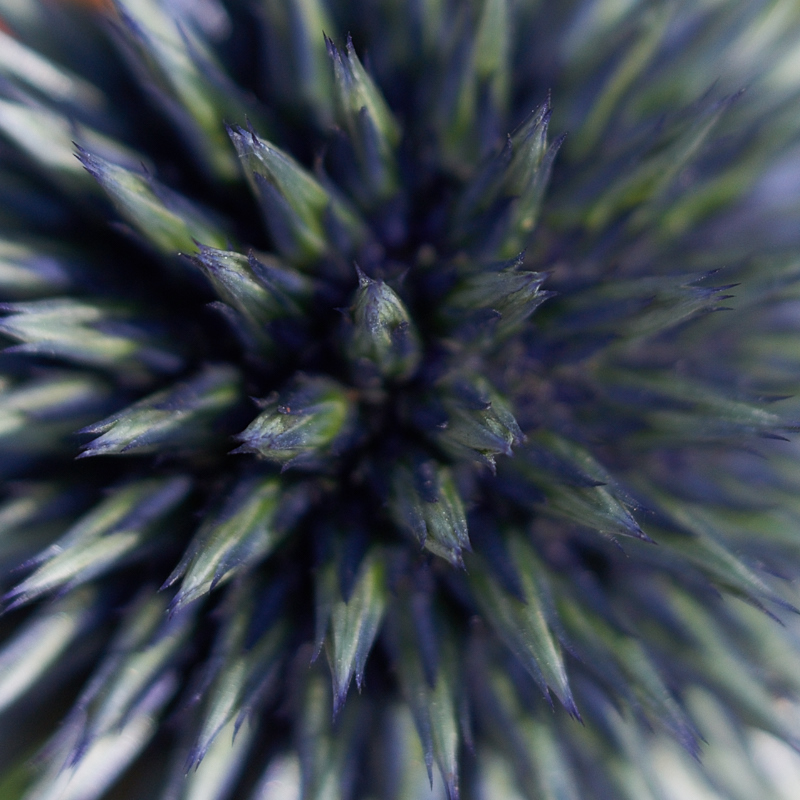 Now I know that many talented photographers love their Canon and Nikon DSLRs. I know also that Sony cameras are not without their flaws. But the move towards more resolution is unstoppable, and that will require ever better glass, with ever better manual focusing. This spells long focusing throw MF glass and electronic viewfinders with magnification, thus mirrorless.

The only question is: when will DSLRs surrender? 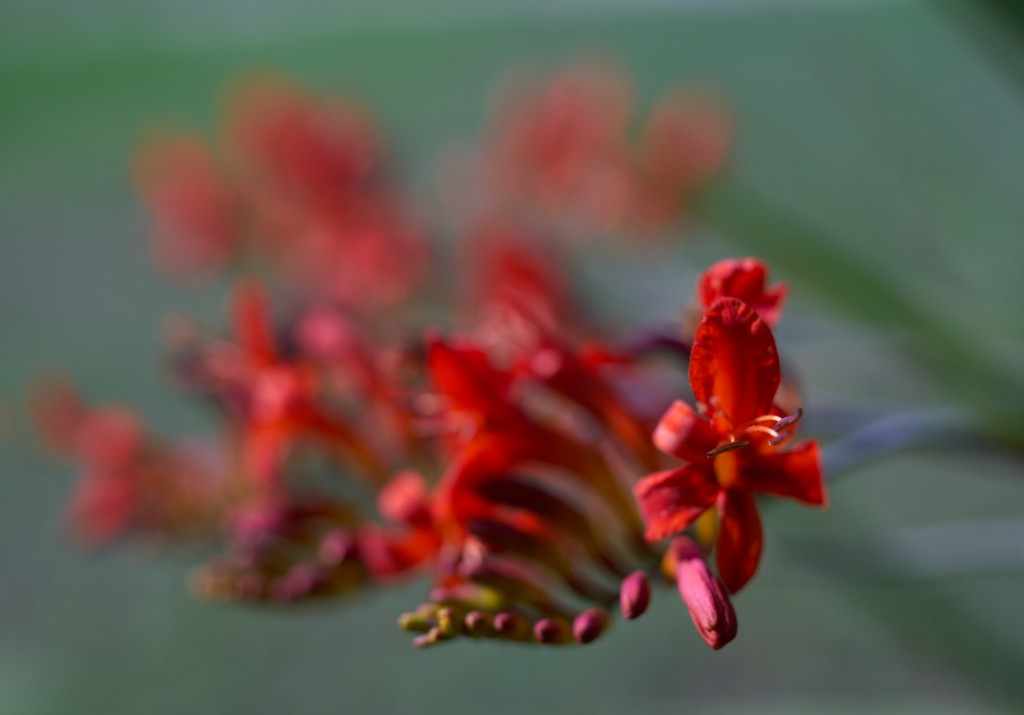 Previous Post #375. East Phoenix Architecture and that C-Sonnar again Next Post #377. On Location: From Flagstaff to the Grand Canyon and Back