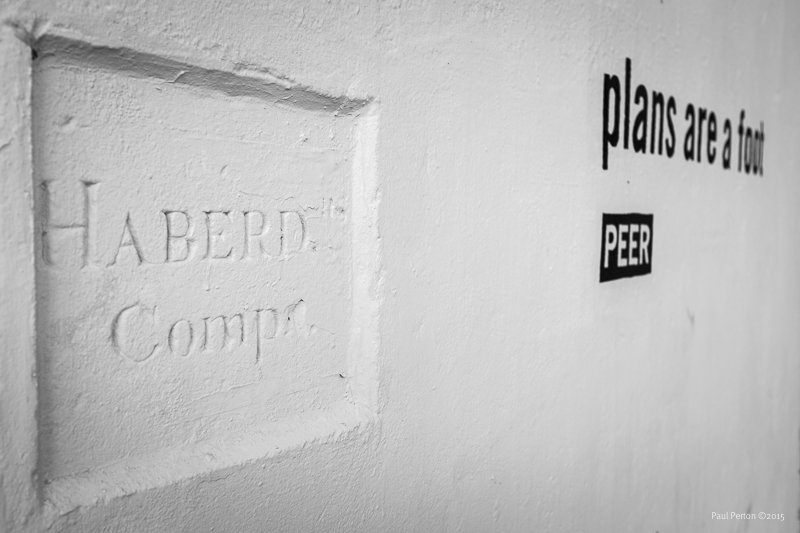 Plans are a foot

“You said you was gonna rape ‘er – all me neighbours ‘eard you. ‘ats his girlfriend and ‘es an ABA. Ees gonna fuckin kill yer.”

It’s 07:09. We forgot to buy milk for our morning coffee and I’ve wandered into the only open establishment in Hoxton Street at this time of the morning; a caff (café) to buy a couple of take-aways. Three gents – best described as geezers (real ones, not the types the Americans think of as Londoners) are having this morning intercourse amongst the otherwise empty tables.

“Morning gents,” I greet them.

A chorus of polite return greetings follow, after which the wrangling continues;

The proprietor smiles at me (and them from behind the relative safety of the espresso machine), his day off to a seemingly familiar post-pissed customer start.

Hoxton, Dalston, Shoreditch, Hackney, all places I would have been very leery of when I still lived in London. Today, they’re where everyone is queueing-up to live – including our own kids. Walking the now trendy streets, it’s easy to see why; crime appears to have been largely banished, late night buses ensure the revellers get home safely and there’s a coffee/clothes, or other kind of gentrification-acceptable shop on just about every corner. In the spaces between, clubs and restaurants proliferate.

For someone as dedicated to living out of town as me, it’s a fascinating place to be.

We arrived on Friday – me after a demented Garmin satnav sort-of guided me via odd parts of the nation between Skye, an overnight in southern Scotland, one in Wales and finally, London. On Friday, Mrs P arrived on an A380 from Dubai. We’re staying in a delightful two storey faux religious-themed shoebox (see picture) in Hoxton, courtesy of AirBnB. Our daughter and her husband live in the next street, our son a little further away in Hackney. Just about everything we could want is close by, except the shopping excesses of the West End. But at ZAR19.50:£1, that’s not really much of a loss. 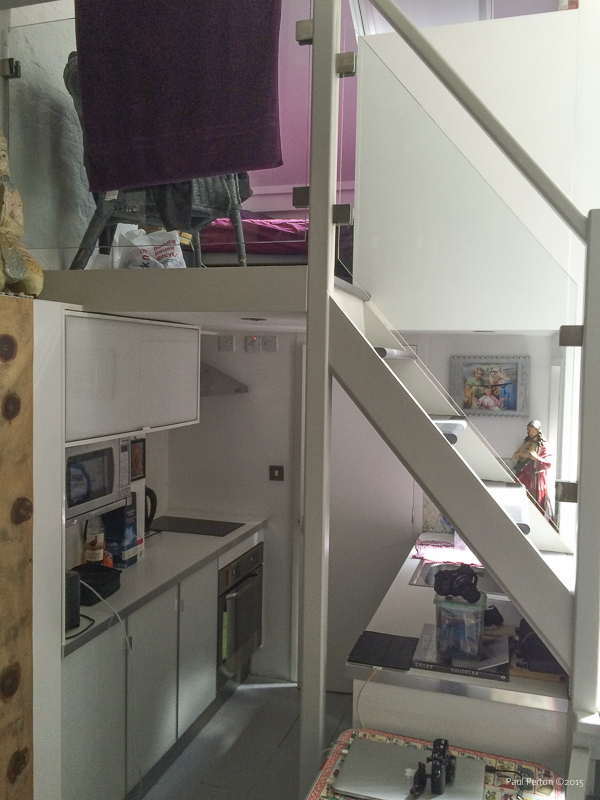 The changes in London’s East End are shocking, new money elbowing aside established business and multi-multi-tenant letting. Cook’s, one of the city’s few remaining pie, eel and mash shops remains in Hoxton, but just about everything else is new. Here, hirsute hipsters hold sway.

Photographically, this is street photography central. There are no landscape-like views to speak of, just people and the everyday. For me that means shooting with my Fuji X100 and occasionally the Sony NEX-7 and a Leica 50mm. Depending on whose opinion you read, 90+% of street shooting happens between these two focal lengths (the APS-C sensored Fuji’s 23mm equating to a more conventional 35mm), with the tiny balance preferring a 28mm option. 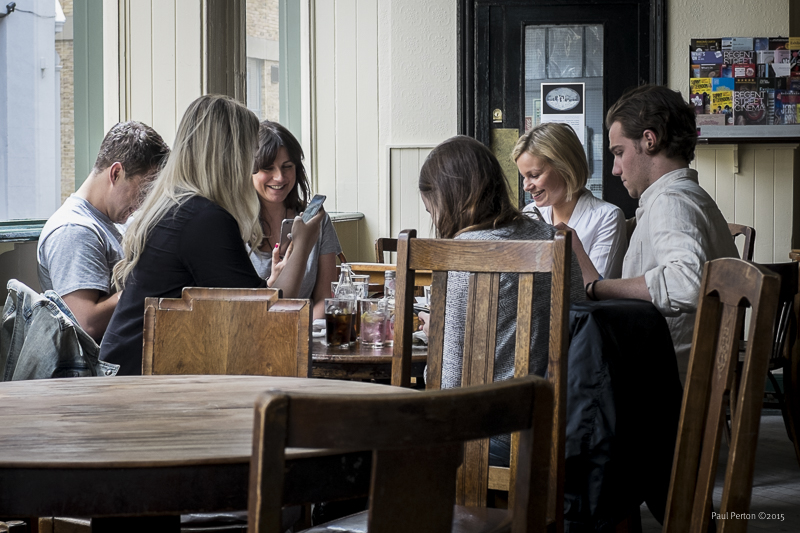 Lunch time six pack! They’re all on their phones 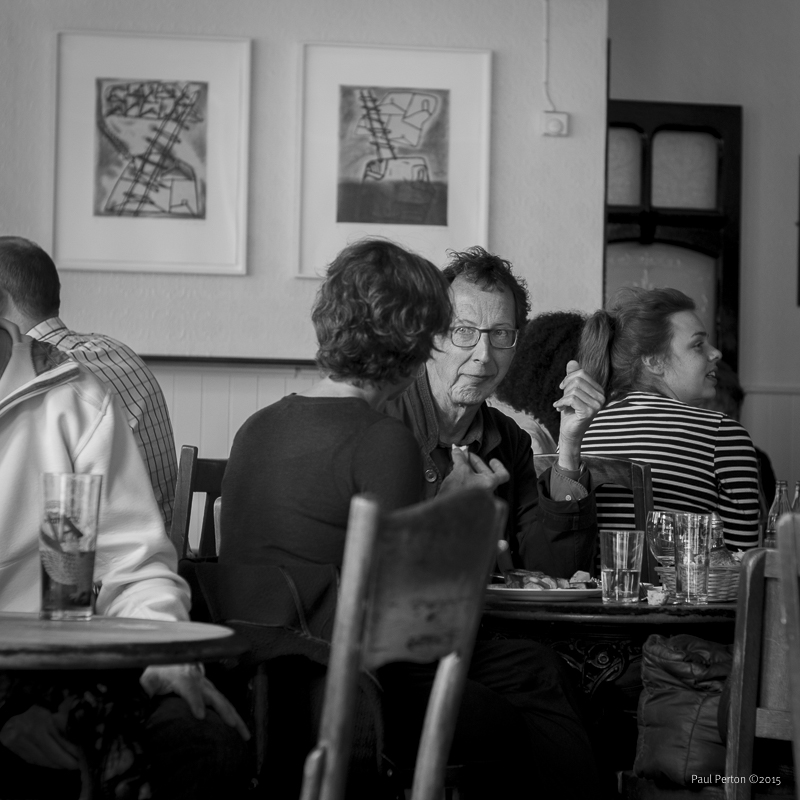 The Eagle – London’s oldest and (still the) best gastropub

But, this a family-oriented visit, so my usual day-long photographic explorations get a lower priority. That said, an early morning walk to the nearby Arnold Circus is a must-do.

One of London’s very first attempts at social housing – Boundary Estate to give it it’s proper name – was opened in 1900, replacing a variety of slums that at that time housed somewhere around 6000 Londoners. Built around the aforementioned bandstand-adorned Arnold Circus, the blocks of flats radiate outwards – offering views into neighbouring streets, trees and a rarity in London; a skyscape. More recently, as gentrification has swept in, this tiny time capsule has been sold off flat (apartment) by flat and is rapidly becoming one of the city’s des-res. 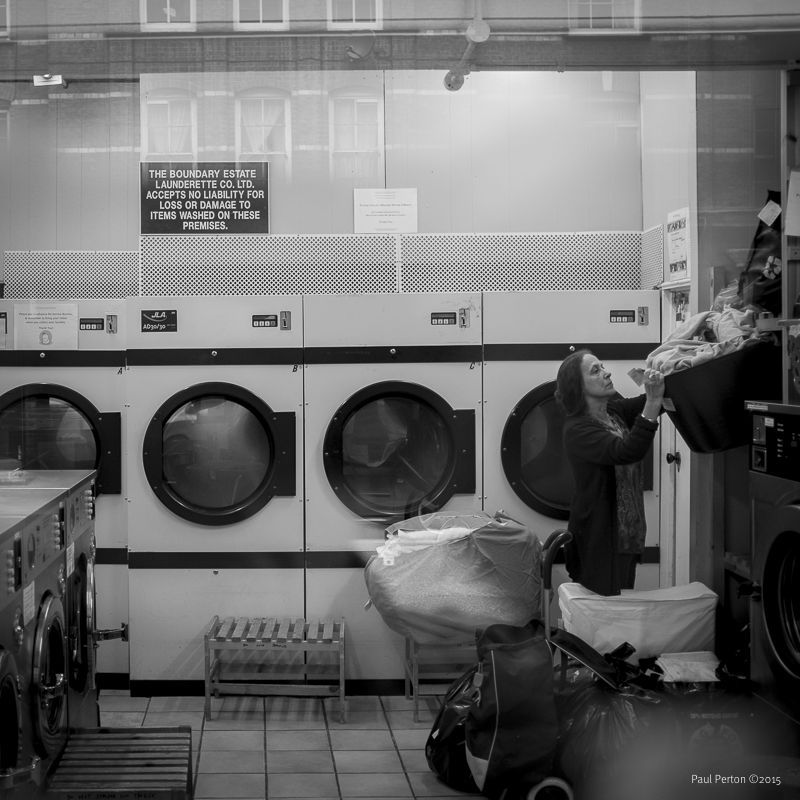 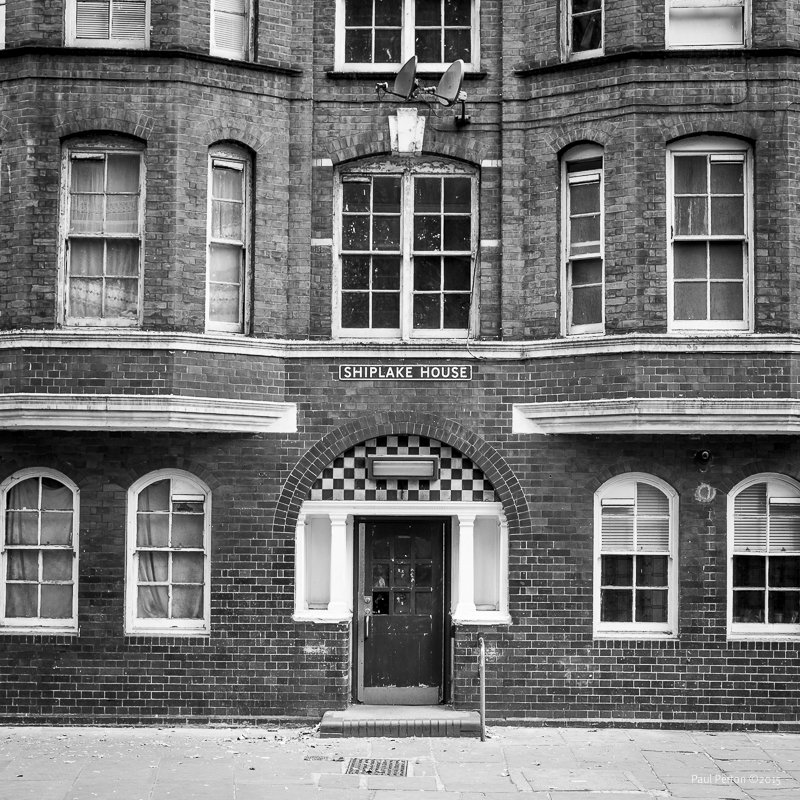 Aside from its visual history, visitors (in this case, read photographers) to the Estate might want to visit Lilla’s Café, just off the Circus. It’s a local favourite for breakfast with a simple menu; eggs fried in glorious artery-clogging butter, served hot in the pan, with slices of Spanish serrano ham and toasted sourdough bread. 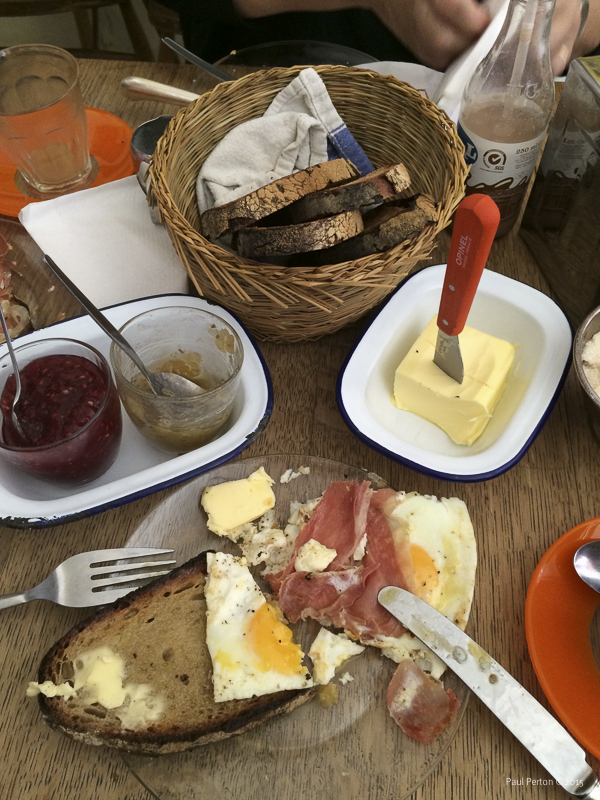 Failing that, the nearby Dishoom (at the end of Boundary Street) is building a solid reputation for it’s Raj-styled Indian food, especially breakfast. Imagine if you can a freshly baked naan, cradling bacon, egg(s) and a mild tomato-curry sauce – that’s street photographer’s food. 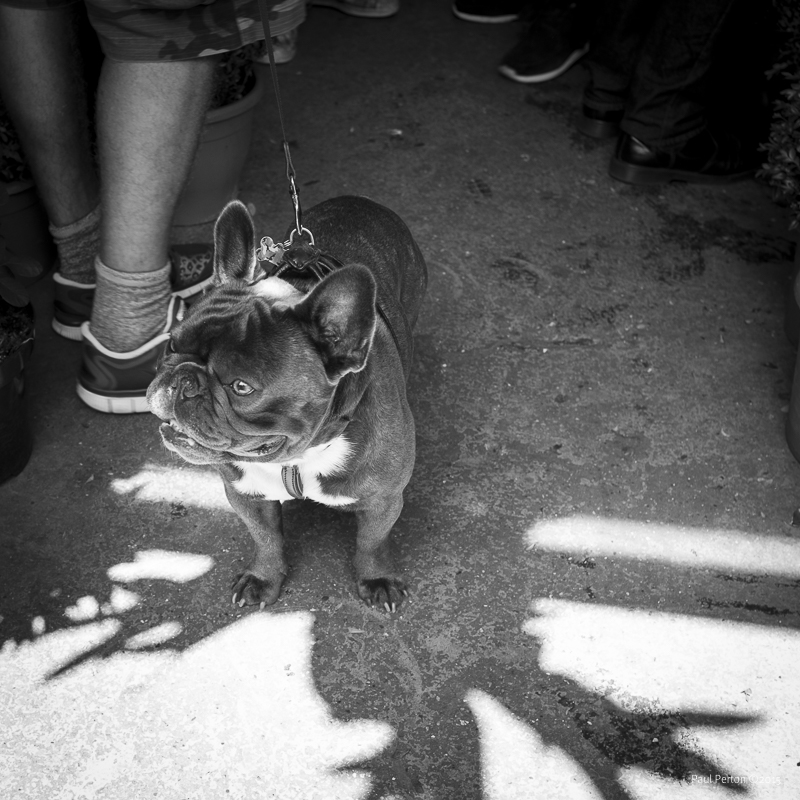 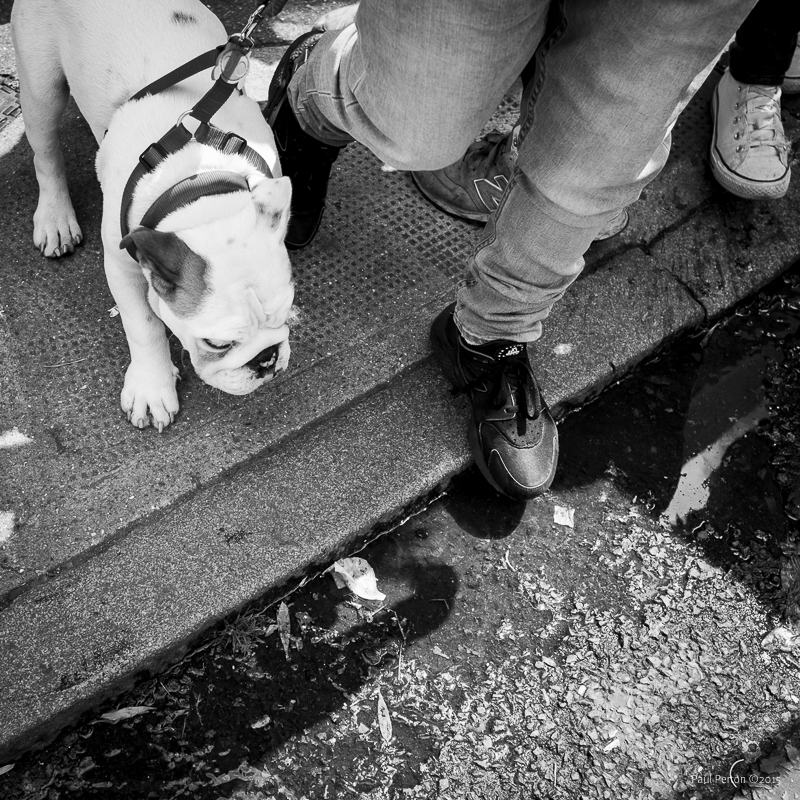 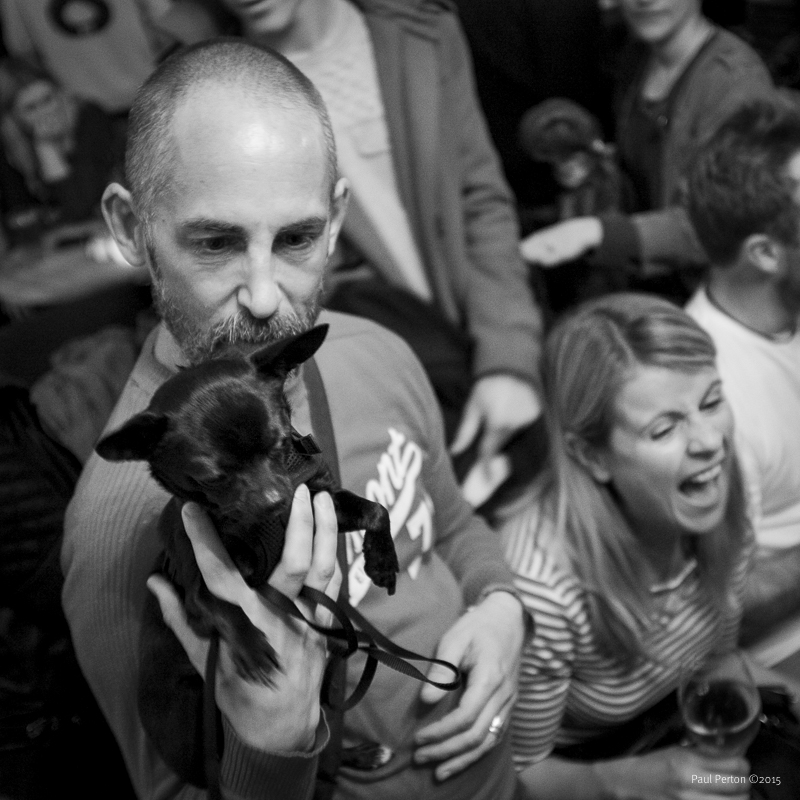 For buyers of InSight: London, look out for a planned (free) upgrade, which will include the Estate as well as the Columbia Road Flower Market. 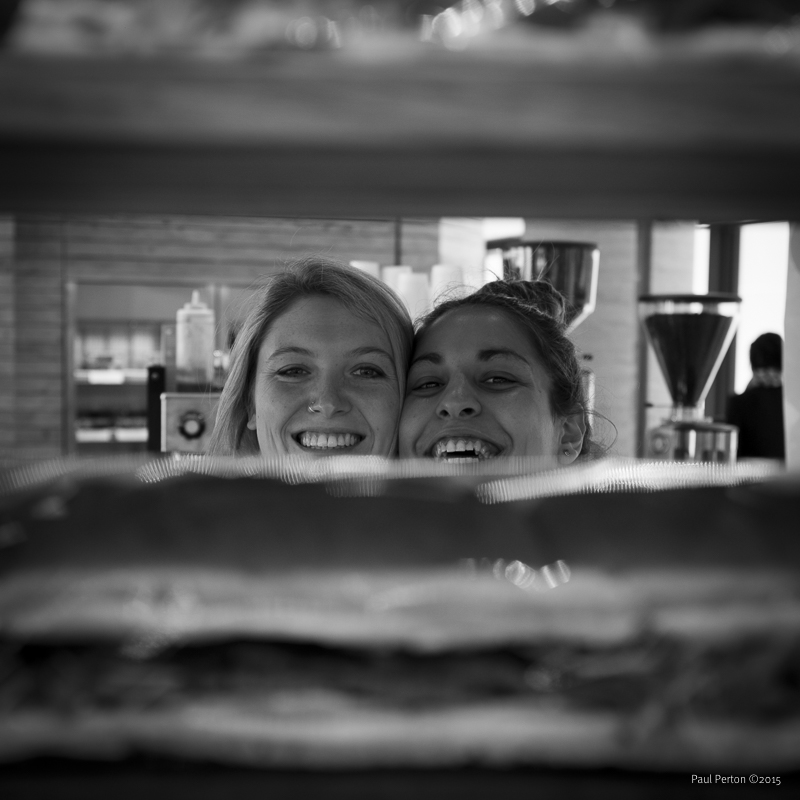 So, our few days in the capital done, a major birthday celebrated and a few images captured. Now it’s time to move on to Cambridge and the east coast.

Norwich. Claim to fame, mustard and a football team with TV chef Delia Smith and quizmaster/author/actor Stephen Fry as a part of its management team.

Not much else. We arrived from Cambridge in the late afternoon, our tiny, hired Citroen DS3 loaded with four adults (us, daughter and son-in-law), lots of luggage and a 15’ salmon fishing rod. More about that later.

Accommodation found and the car unloaded, we bolted for the station to collect yet another body – no.1 son’s girlfriend, abandoned by her beau, who was work-committed elsewhere. Just as well as there wasn’t room for him as well. Anyway, she saved the day and discovered Norwich’s gem; the Lanes – part market, part tiny shops, part diminutive houses, where we wandered for a good couple of hours, our impression of this otherwise underwhelming city improving by the moment.

Previously, Cambridge had showed us its university heritage and some fine weather. The traffic was a challenge – but then when isn’t it in England? Our riverside digs (another AirB&B booking), bright, newly renovated and handy for access to the town centre, colleges, riverside and all manner of food and drink. 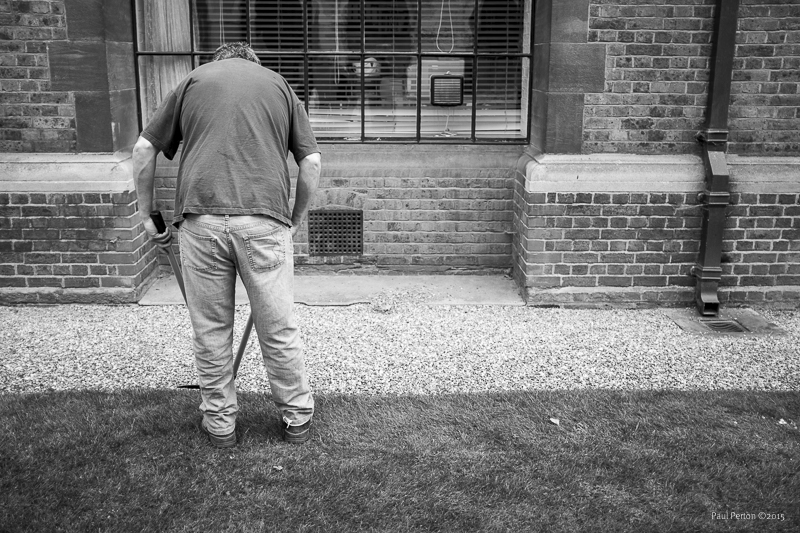 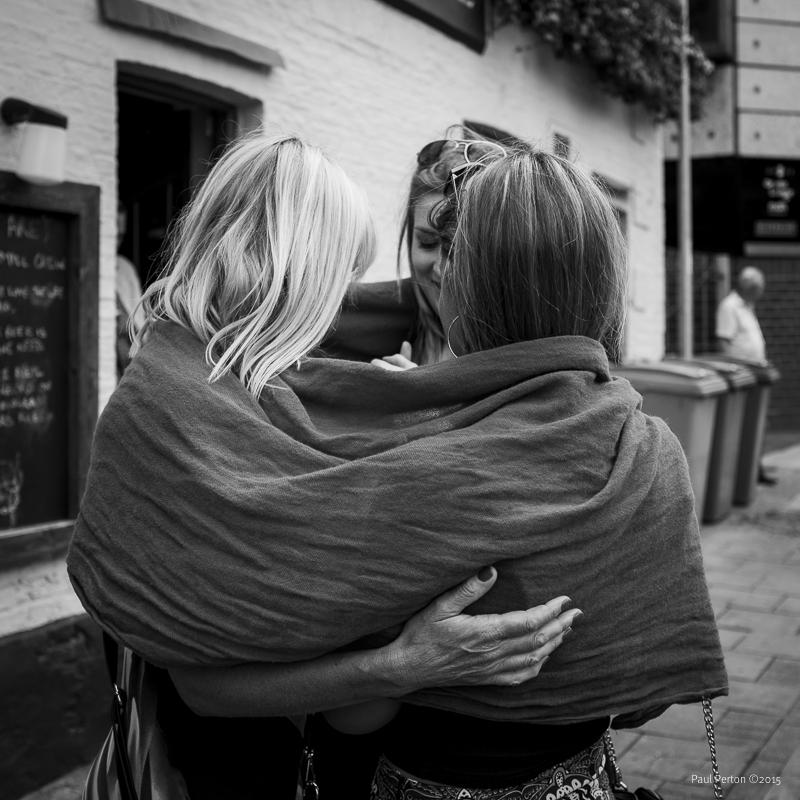 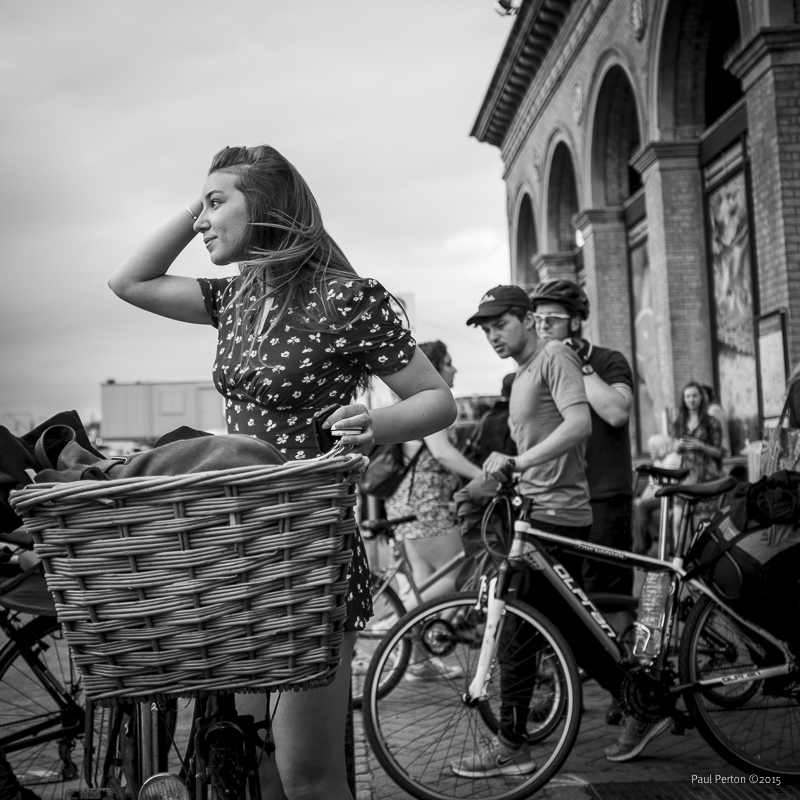 ’40s style at the station – Cambridge 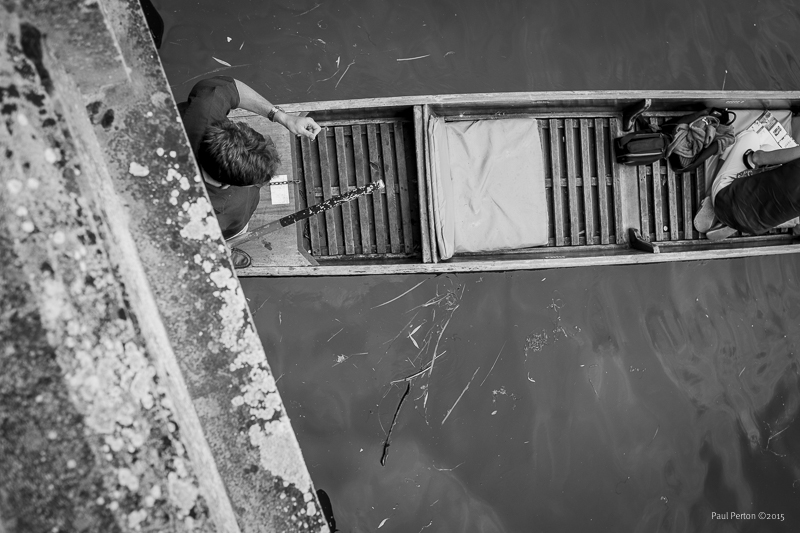 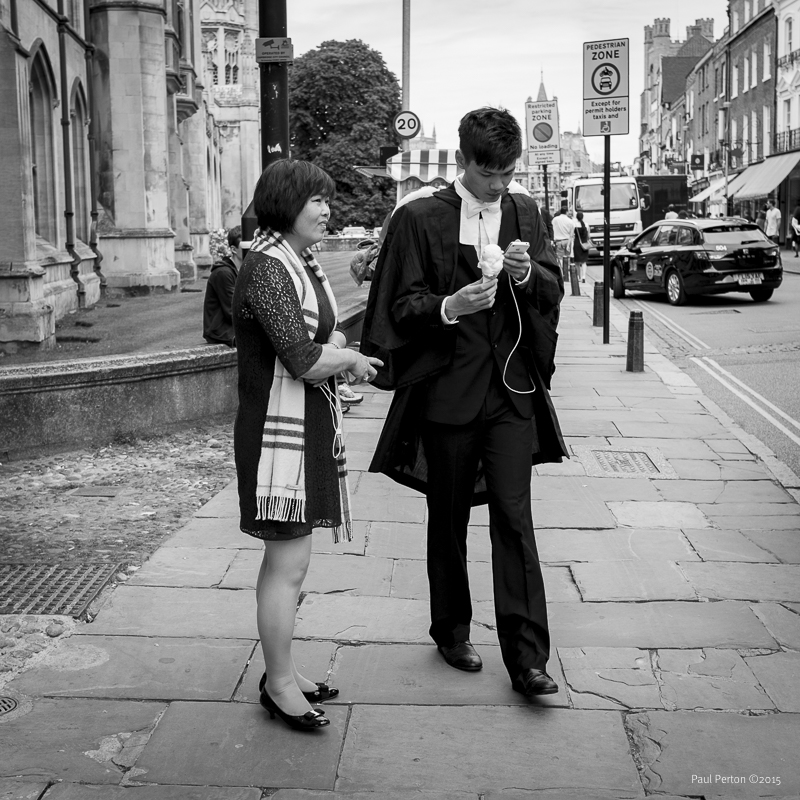 Originally, I’d planned a week of town/village meandering, staying in different B&B every night. On closer inspection, it became apparent that everywhere was (almost) next door to everywhere else. So, we opted to set up in Norwich and drive to and from every day – rarely travelling more that 50/60km to see what we had planned.

AirB&B found us a huge, modern flat in Norwich and we’ve spent our days exploring Great Yarmouth, Lowestoft, the Norfolk Broads, the preserved North Norfolk Railway and unexpectedly catching up with an old friend from Johannesburg. Being a regular reader of this blog, she had noticed we were heading for Norwich, her new home, having re-married recently and settled here with new hubby.

We also discovered the Workshop – 50m along the road and offering the best of North Africa in a bar-style eatery. We’ve feasted on broad beans, hommous, watermelon salad, grilled chicken wings and all manner of other middle eastern goodness. If you’re planning a visit here be sure to put it on your list. 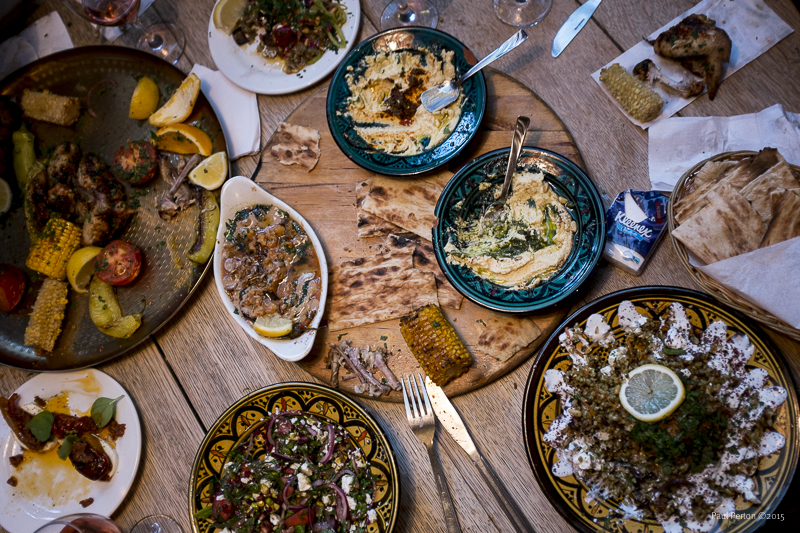 Dinner at the Workshop 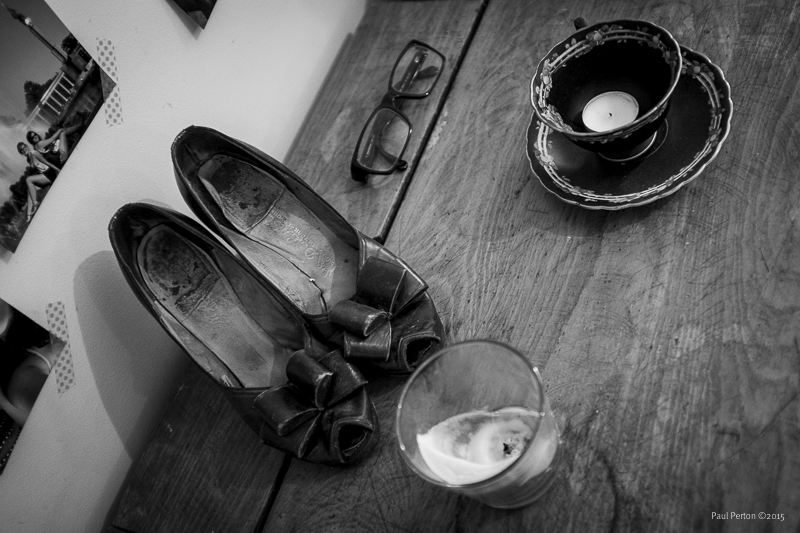 Norfolk is magnificent at this time of year, but as flat as the Free State. Our plan to stay in one place meant not having to haul luggage into/out of the car every day and had another knock-on; we didn’t stay in either of the two resort towns (Great Yarmouth and Lowestoft) on the coast. Unlike when I visited here with my aunt as a seven year old, they are now economically depressed, run down and really very sad.

Tomorrow, we leave for Yorkshire, more coastal fun and yet more steam trains.