May 23
4
[Paul] A second article from Australia-based John Shingleton explores a bargain.

I may be telling this story against myself, given my enthusiasm for Leicas and Leica lenses in particular, but this photo was taken with a lens which I bought for A$43 on eBay. In all it cost A$60 with the postage from an Australian seller in Brisbane.

The lens is a classic Minolta F1.7 50mm MD mount which I fitted onto a Sony a7 with an adapter I also bought on eBay (A$11.47) with free postage from Hong Kong. And despite its price the adapter is very well made – how do they do it?

The lens did not come with caps and to protect it I bought a 49mm Hoya UV filter on eBay from another Australian seller for A$14.50, again with free postage. So my total outlay for the lens, adapter and filter was A$86; US$64.

The lens is in excellent condition. Optically it is mint and the focus ring turns like oiled silk. Minolta were once a very well regarded camera and lens manufacturer. Indeed they had an association with Leica at one stage. They were bought by Sony in 2006. 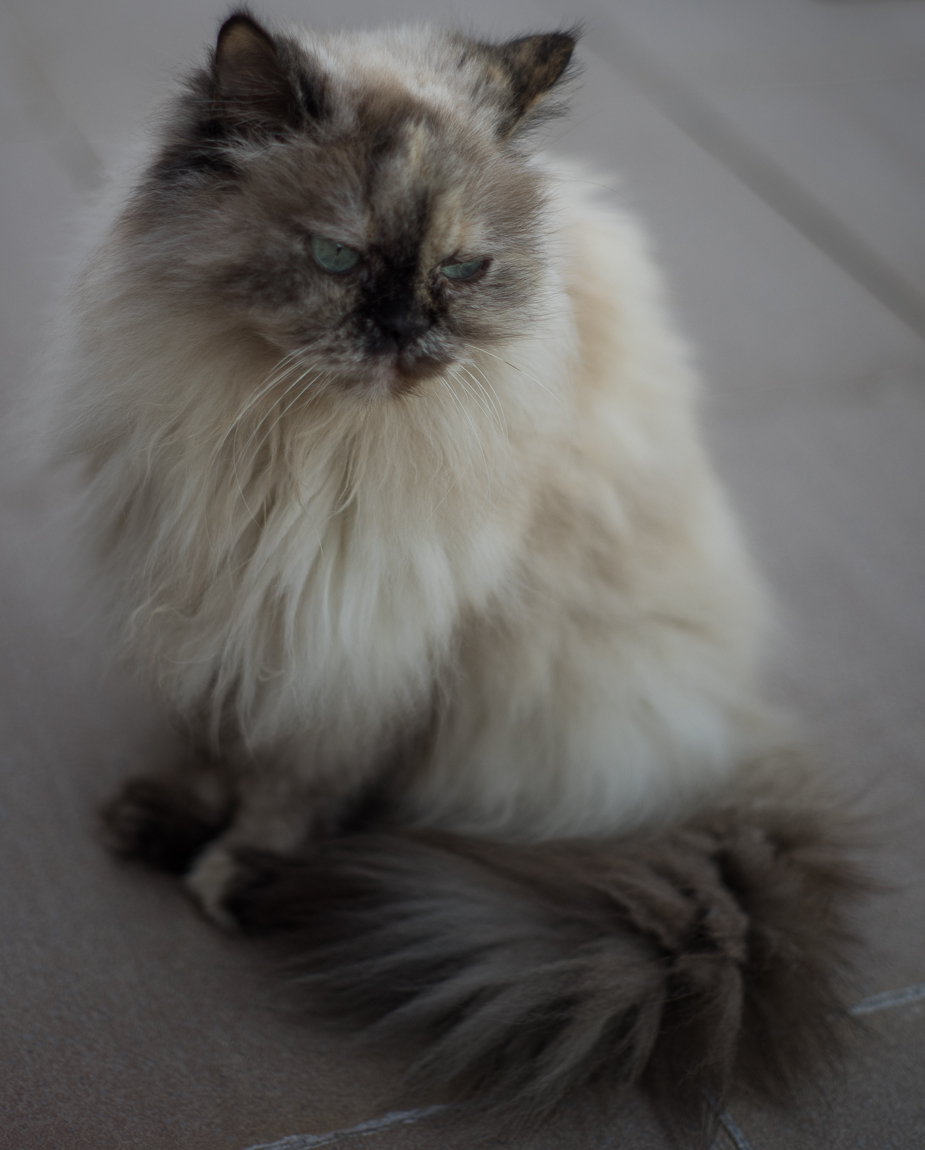 The above photo of Phoebe, my beautiful, old Himalayan, was taken at F1.7 – the colour is great and the lens is tack sharp – see the enlarged section below. This is a manually focussed lens at a very wide aperture so there is a very narrow depth of field. 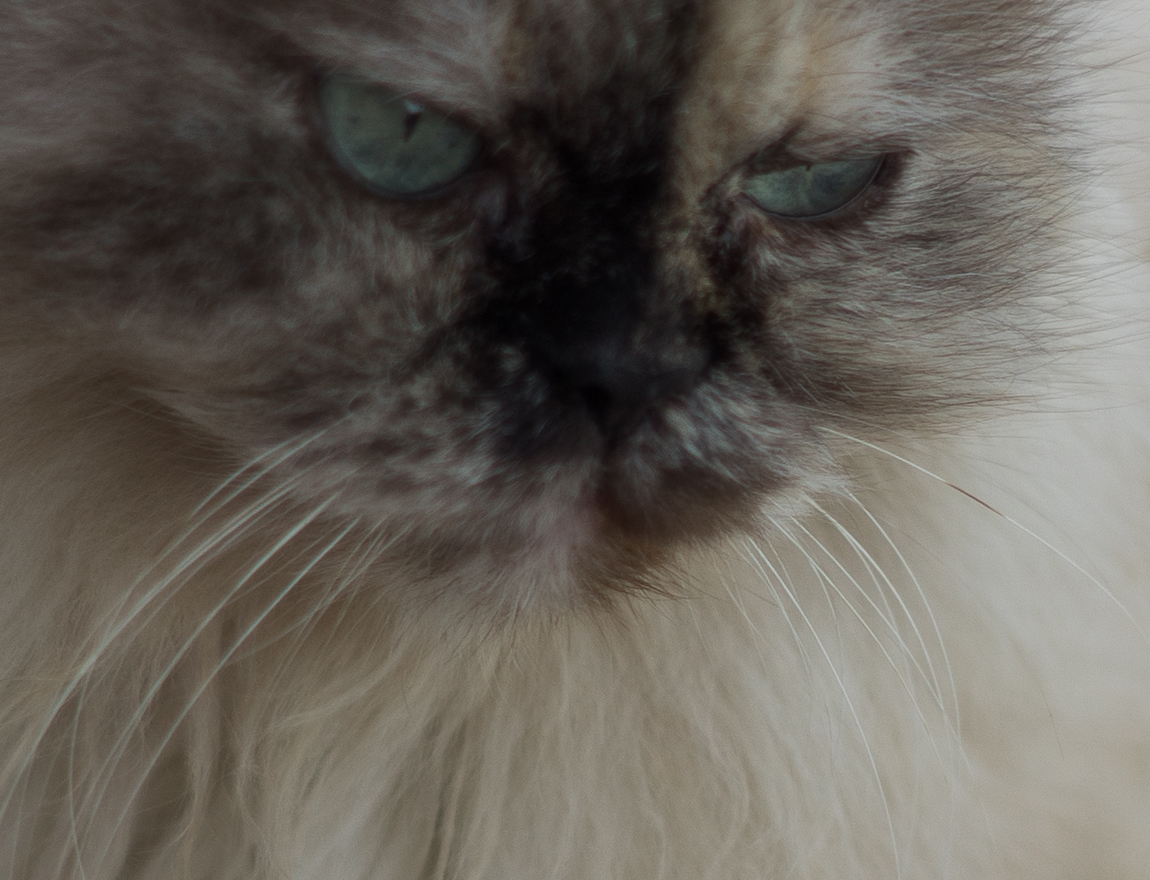 A final shot I took with it a few days ago below. It performs very well and also feels good on the camera. The pattern on the focus ring on the lens reminds me of an Olympus Zuiko lens. The adapter is quite short so that the lens/camera combination is compact. The usual problem with using heritage Nikon and Canon lenses on the a7 with adapters is that the adapters are long so you have a slim camera body dominated by a great big lens. 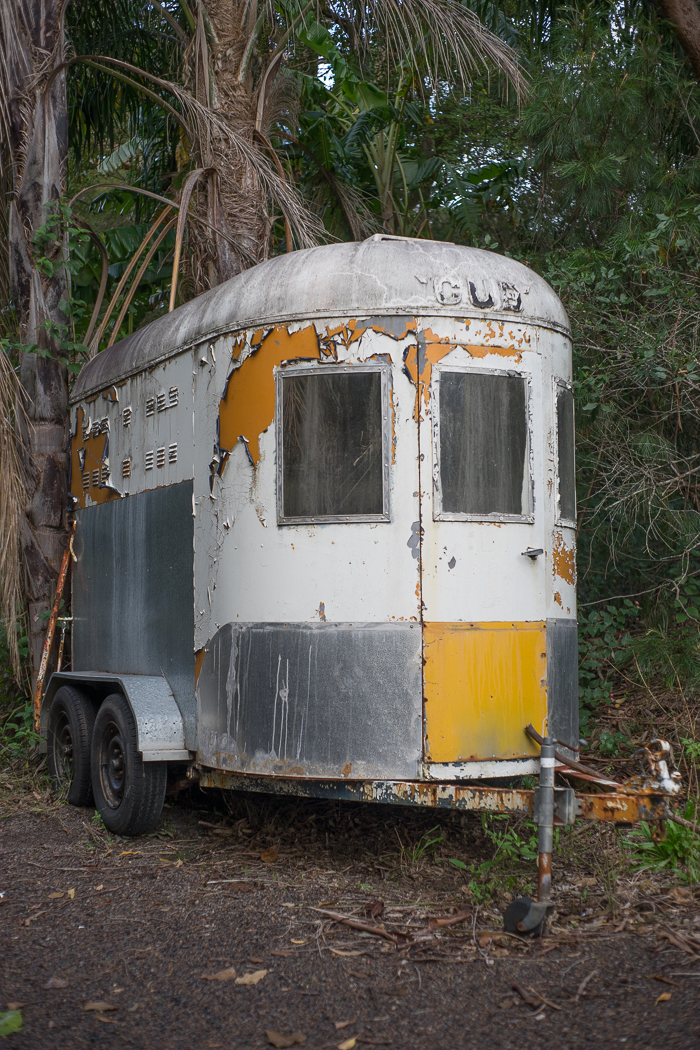 If I had been asked to do a blind test of this lens and had been told it was a new $1000 Zeiss lens for the Sony I would have said that it is a very good lens. For A$86 it is a quite extraordinary bargain. If you own a Sony a7 and are looking for a wide aperture 50mm lens find yourself one of these. And, if you own an NEX this lens becomes a F1.7 90mm equivalent which really is an exceptional piece of kit. Sure you have to focus and set the aperture manually but that is not a big deal particularly as the Sony’s manual focus peaking works so well. And remember; many of those high priced current Zeiss lenses for the Sony mount are also manual focus and aperture control.

Go find yourself a real bargain.

You can find John’s site, the Rolling Road, here.

Previous Post #354. Who needs a camera, anyway? (with a Samsung Galaxy S6) Next Post #356. On location: The Sunny Streets of Marseilles