Remember the time when choosing a sports car was a purely Italian “thing”, separating the world’s aficionados into the irreconcileable clans of Maranello (Ferrari) and Sant’ Agata Bolognese (Lamborghini)? That time is gone. In line with the growings ranks or the überwealthy, a wealth of übercars (or hypercars as they are called, as opposed to the previous, merely supercars) have emerged, like the Pagani, the Königsegg, the Glickenhaus, the Bugatti, the Mclaren. Ferrari and Porsche have taken up the challenge and produced their own hypercars. 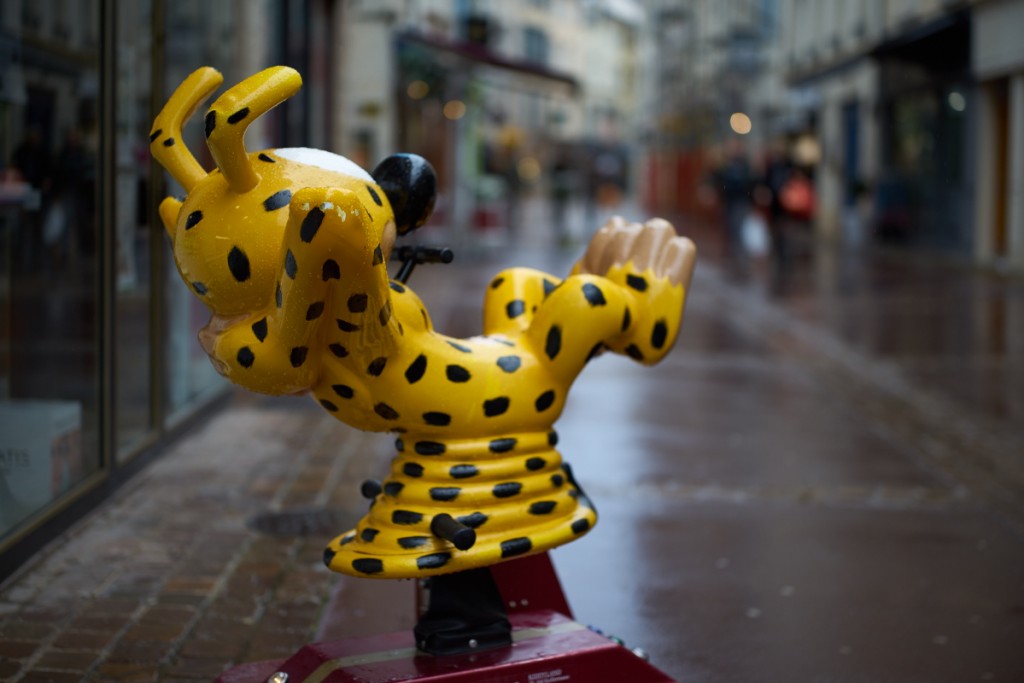 And so it goes with lenses. It used to be (not so long ago, say 5-6 years ago) that, excluding professional equipment and MF lenses, the only really, really expensive “normal” (in focal length terms) lenses were designed for the Leica rangefinder, peaking at 3000€ for some Summilux. If you weren’t into Leica, excluding some very rare exotics, like the Coastal Optics 60mm, there was always Zeiss, the “other” German lens maker. Cheaper, like Posrsche to Ferrari.

That time is gone. Leica themselves have shown that überlenses can be designed and sold, like the 50mm APO Summicron, at double the price of the previous King of the Hill, the faster Summilux 50, itself no giveaway at 3000€. 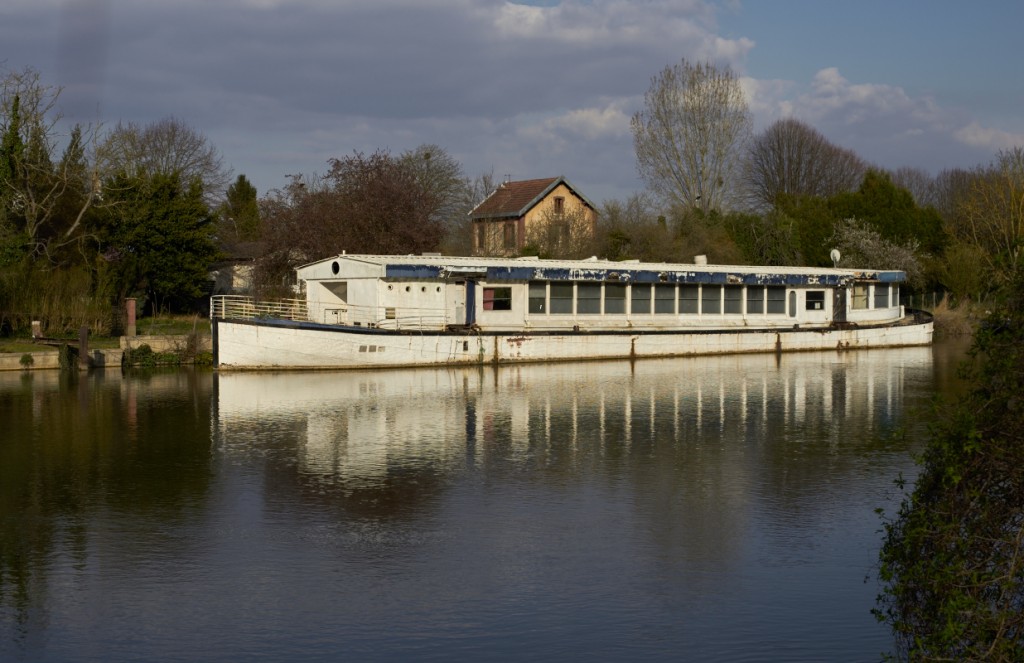 Now Zeiss, like Porsche, have decided to show show that they too can play this game. One entry you are already familiar with is the ZM 35 f:1.4, smack in Leica territory, because it is designed to be used on Leica cameras. Still, it is cheaper than its rival (sorry, rectify that, less expensive), the 35 Summilux, and that, in the hallowed world of übergizmos, makes it suspect.

But it is in the segment of DSLR lenses that Zeiss have staked their ground, with the no-holds-barred Otus. First, a very large, heavy and expensive 55mm f:1.4, and then Pascal’s new heartthrob, the 85 f:1.4.

Having been inducted to the breathtaking beauty of the ZM 35, I was pained not to have a 50mm lens (my favorite) that could match it, and even considered using the ZM on my NEX 7 so as to get 53mm out of it without cropping the image. So, with Pascal’s glowing reviews of the Otus 85, I just had to try out the 55, which the Zeiss distributors in France were good enough to let me do. 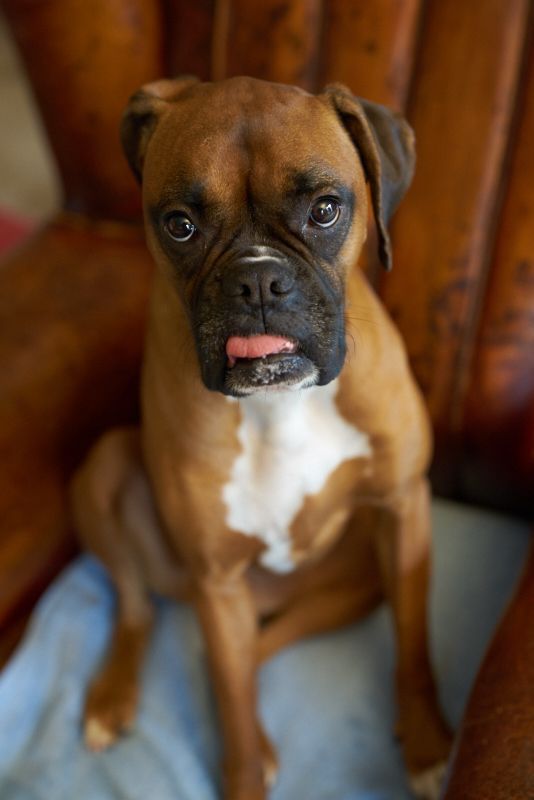 Now that the jury is in, what is the verdict: is this the Holy Grail of normal lenses?

First let me say that the performance of the Otus 55 is beyond flawless. It carries flawless to a new dimension, because not only does it not exhibit the slightest flaw, it performs to an unprecendeted quality level when it comes to eliminating anything spurious or untoward.

Extreme corner sharpness, a very tricky subject on the A7R. Not for the Otus, where, by chance, I caught the edge of a metal lamppost on the outer pixels of an image. Ouch! They are so sharp I just cut myself. Wide open performance is always less good that stopped down a couple of stops, right? On ordinary lenses, wide open can be downright bad. On better ones, it is degraded, but useable. On really good lenses, it is really useable, but, of course, you make allowances for the fact that it isn’t quite as good as one stop down, a worthy compromise in order to get minimal depth-of-field and lovely, creamy out-of-focus background. Did I just write “of course you make allowances”? Already the ZM 35 f:1.4 belies this “rule”, because wide open is so good there hasn’t been yet a single shot where I felt the performance to take away from what might have been a splendid image. But as good as f:2.0 or f:2.8? Not quite. But with the Otus, you just dial in your aperture and get Otus performance. Asking yourself if wide open performance will be good enough to enable a shot is like asking the chef of a 3-star restaurant which is better, the fish or the meat… And so on, and so on….

So, with the above in mind, what can stop the Otus from being crowned the new überlens? I see 3 question marks

The first and most obvious one is: it is useable? Now, I hate heavy lenses, and have never found a single one endearing. I have returned otherwise fine enses just because they were too heavy. I have switched away from DSLRs in part because they were too heavy. Plus, it is ridiculous to mount a heavy lens like the Otus (1kg, or 2.2lbs) on a light body, right? Well, all I can say is I haven’t found it problematic. Either I want it so bad it warps my judgement, or, because the body is light, it lets the combo remain below the threshold of unbearable weight.

Another canard I am happy to denounce is that the Otus is so sharp and has such resolution that it can only be used on a tripod. My experience is, so far, that I can use it exactly at the same shutter speeds as my 50mm Loxia and get the same type of missed shots. Yes, I often use a tripod, but in the tests so far, the majority of the pics are handheld. Loss of resolution? I don’t think so, you be the judge.

Another potential pitfall: focusing such a demanding lens. Actually, very easy, because the focus throw is very long, so it can be done very accurately thanks to the magnification. But not on running dogs, of course…:-). Strike one of the questions. 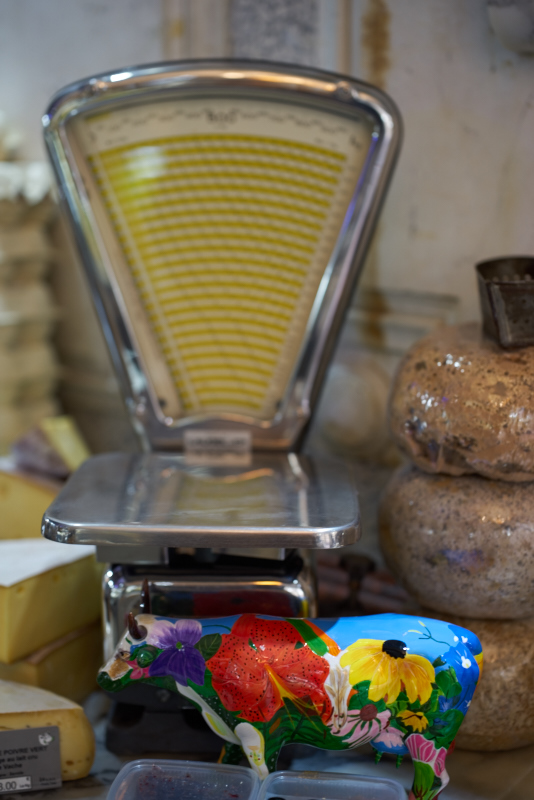 The second one is: what is its rendering ? That is a very tricky one, because rendering is not a matter of quality per se, but more of personal taste. Now, I am in love with the rendering of the ZM 35 f:1.4, and Pascal, also a big fan, has asked me repeatedly how is the Otus in that respect? My answer: I don’t know, it doesn’t seem to have any discernible character, or personality. It is just like it is not there, with one exception, it vignettes wide open, like other fast lenses, and that is easily cured in post, so it is hardly worth calling that “character”.

If I try to think what the Otus 55 rendering reminds me of, it is the Zeiss ZE 25, itself very close to the ZE 35 f:1.4 (it is no surprise that these 3 lenses are Distagon designs by Zeiss). A rendering which “lays it all out for the viewer to see”. No emphasis on detail over contrast, or colours over lighting. It is just all there, in a way that I would call “professional”, as opposed to “emotional”, or “clinical”, somewhere in between these two. Come to think of it, my Leica APO Summicron 75mm was like that as well, in terms of rendering at least.

The third question has to be: does owning an Otus let me take better pictures than I would have otherwise, meaning with the excellent-but-not-in-Hyperlens-territory Zeiss Loxia 50 f:2.0? That is, in effect, the definitive question, because owning a shockingly expensive lens which gives you no better results than you would have gotten out of a lens 3 times cheaper would be the epitomy of snobbery and waste. 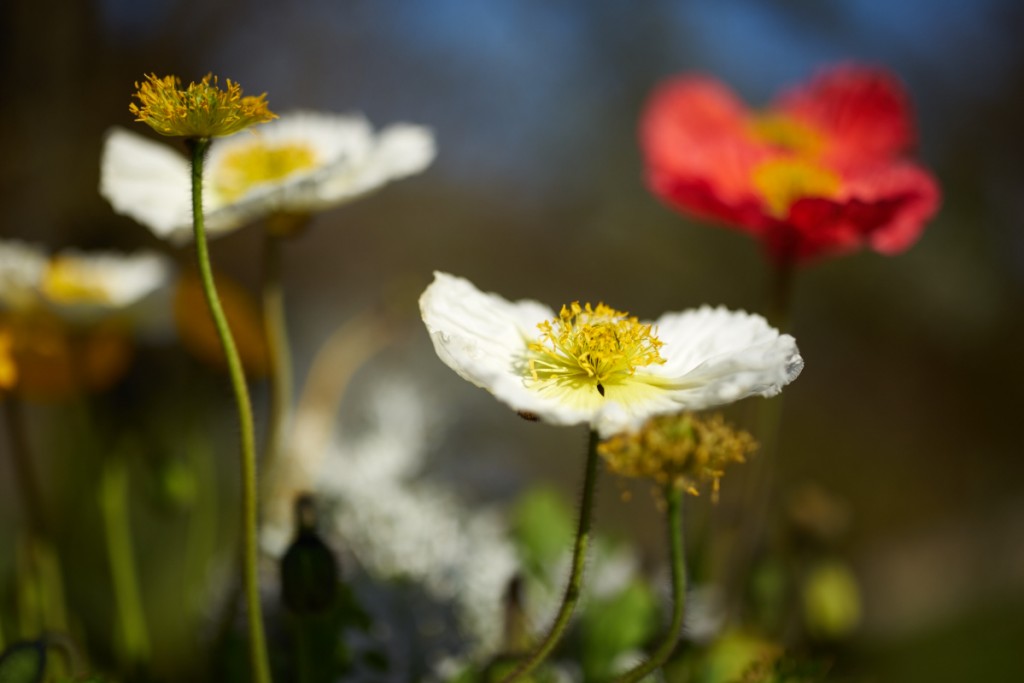 The answer, in a word, is: yes, and I don’t mean by that only pictures at f:1.4, although, coupled with the Otus’ incredible performance wide open, that is obviously the case. The fact is, when I look at my pictures with the Otus, which I have had for a week now, they are not only striking, they are different. There is something to shooting “the biggest gun there is out there”, mated to the best 35mm sensor, that changes what I do and how I do it. 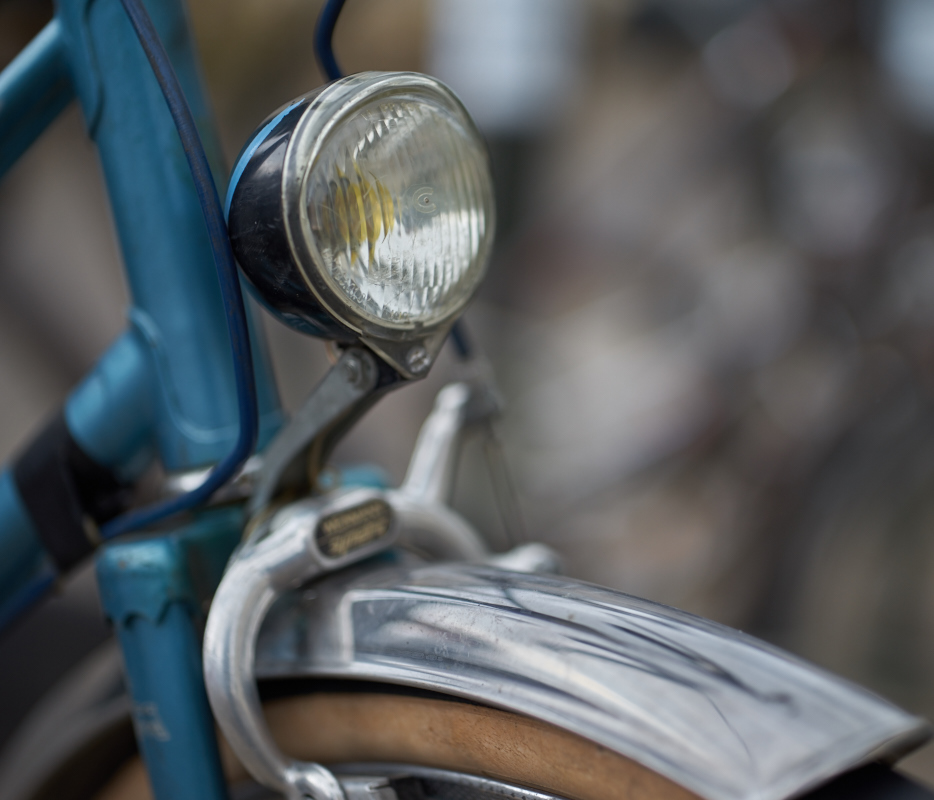 Switching from heavy DSLRs to the NEX, then staying there with the A7 has changed my style. From committed (meaning I have to decide if I take my camera bag with me, which often I didn’t), to systematic. And once I have my camera with me, I could, and would, pretty much try anything once. A sort of light-heartedness about the process, because, with nothing waged, there could be no loss if the shot didn’t turn out to be interesting. Much in the same way as shooting on my way to work can be light-hearted, because missing an opportunity just means I will have to look for it some other time, but missing a shot in Patagonia is a whole other story. 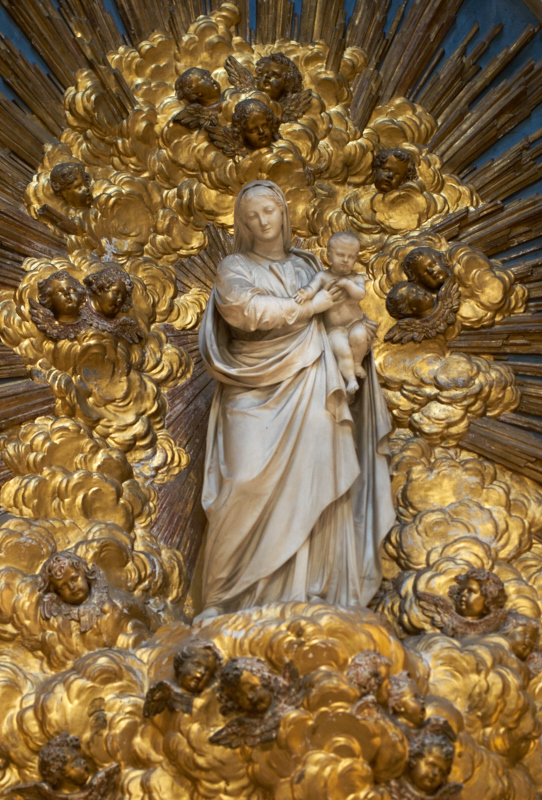 Plus, shooting with the Otus, the weight reminds you that what you are handling is no toy. You know that, whatever you are shooting, the Otus will show everything, the good, the bad, and the ugly. And, because I don’t want to see the ugly, I simply take more care. And, guess what, it pays off. 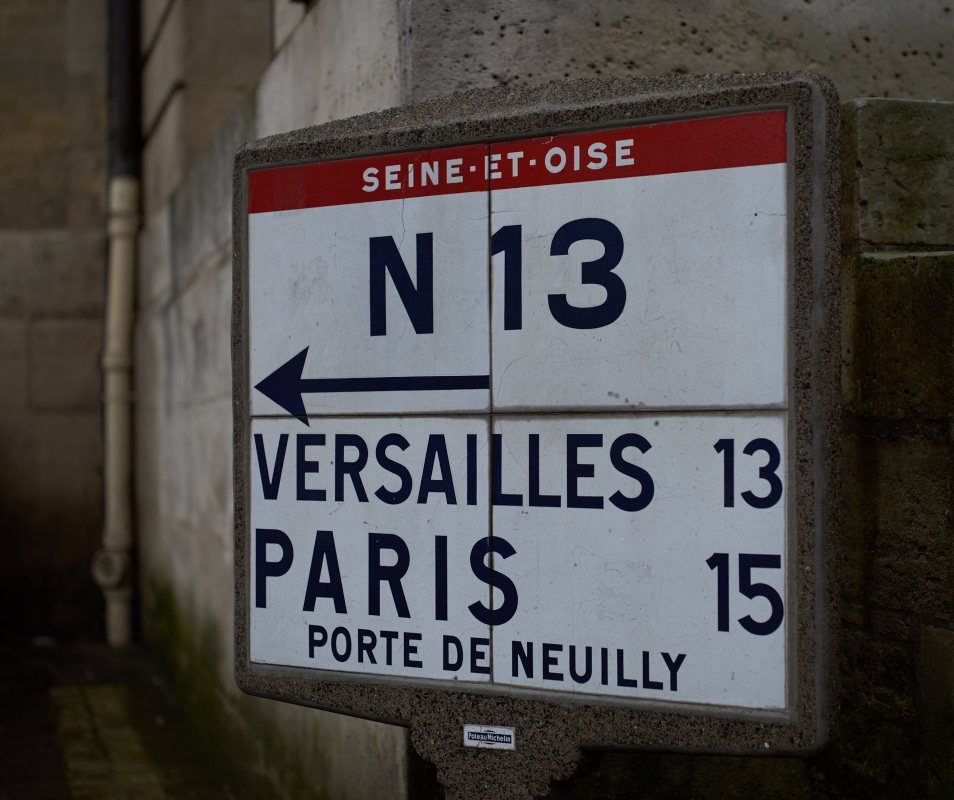 Conversely, when mounting another lens back on the A7R, I feel like it is another camera altogether. Light, almost playful. Like switching from Meryl Streep to Audrey Hepburn, from Stanley Kubrick to George Cukor, from a Ferrari 365 GTB/4 Daytona to a Lotus Seven. 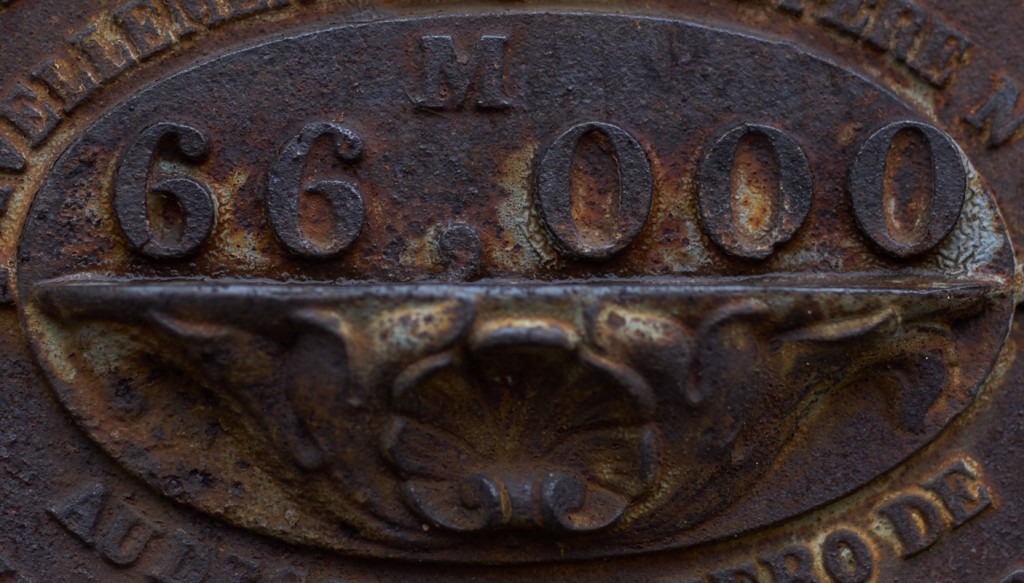 Thus it is an incredible good fortune to be able to have at my disposal both a ZM35 f:1.4, a tremendous lens in its own right, and King of the Light Realm, and an Otus 55, the Big Bertha of them all. If I had to own just one lens, two weeks ago, I would have said the ZM 35 is perfect for the part, except it isn’t 50mm. Now I know, it would have to be the Otus, which has something of the order of the inevitable and relentless to it. And, when an opportunity presents itself, happy little me can just pick and choose the ballerina or the elephant. The Degas or the Goya. I, of course, thought about returning my ZM 35 if the Otus turned out to be “simply better”, because then there would be no point in owning two very expensive lenses with one almost never used. But, because they litterally change the camera and how I use it, I am delighted to keep it and keep using it. 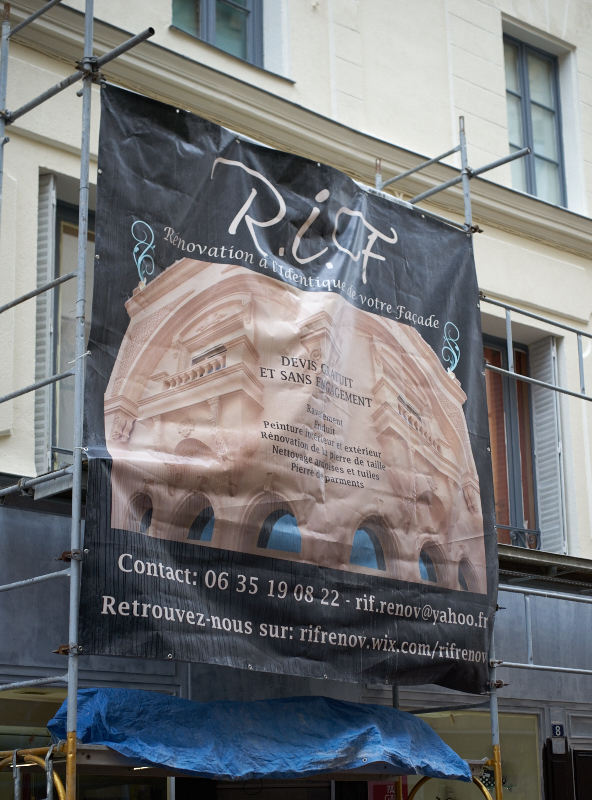 Last point, before I sign off this long rambling of a post, comparative pictures. Pascal, ever DearSusan’s Iago, suggested I post some comparing the FE55 “mini-Otus” to the Real Thing. I decided not to. Many people are fully happy with their FE55, Loxia 50, Summilux 50, and many other lenses, be they primes or zooms, old or new, and rightly so. Showing them exactly what their lens doesn’t do would be quite unkind, needlessly taking away from their enjoyment without many of them buying an Otus. Let me just say that I have compared the Otus to a number of other lenses, including some very respected ones at the same price level, and not one has matched it or outperformed it in any one criterion, let alone all of them. Except maybe, just maybe, the ZM 35 f:1.4 with its incredible colours. Though I suspect that the Otus is more neutral, and the ZM just a tad more beautiful. 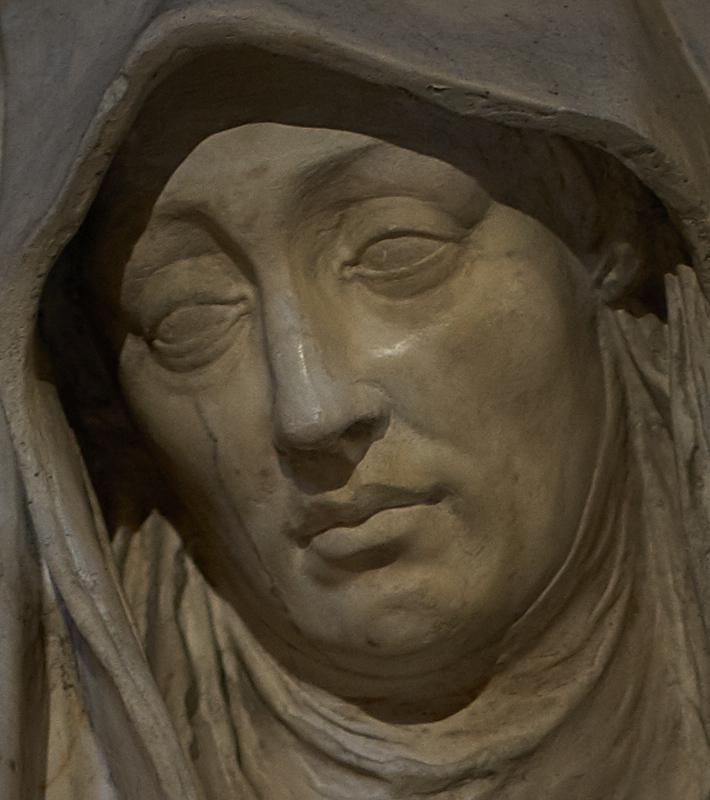 And, with that, I leave you. Gotta go out and shoot. Yes, the Otus.