I’ve been known to ramble on about my dislike of photo lab rats quite a bit in the past (and there’s plenty more to come, rest assured, ahem). But this doesn’t mean lenses shouldn’t be thoroughly tested before purchase, when at all possible. It simply implies that other means of review are more interesting and telling than test screens with radial lines photographed under strong lighting.

Now, obviously, that’s not a procedure described in any ISO certification white paper or any art school curriculum. It’s more something brought about by my infatuation with cloud photography in the first place. We all like lying in the grass and finding witches and rabbits and elephants drawn in clouds. Clouds somehow speak to out deeper being and get our imagination going. 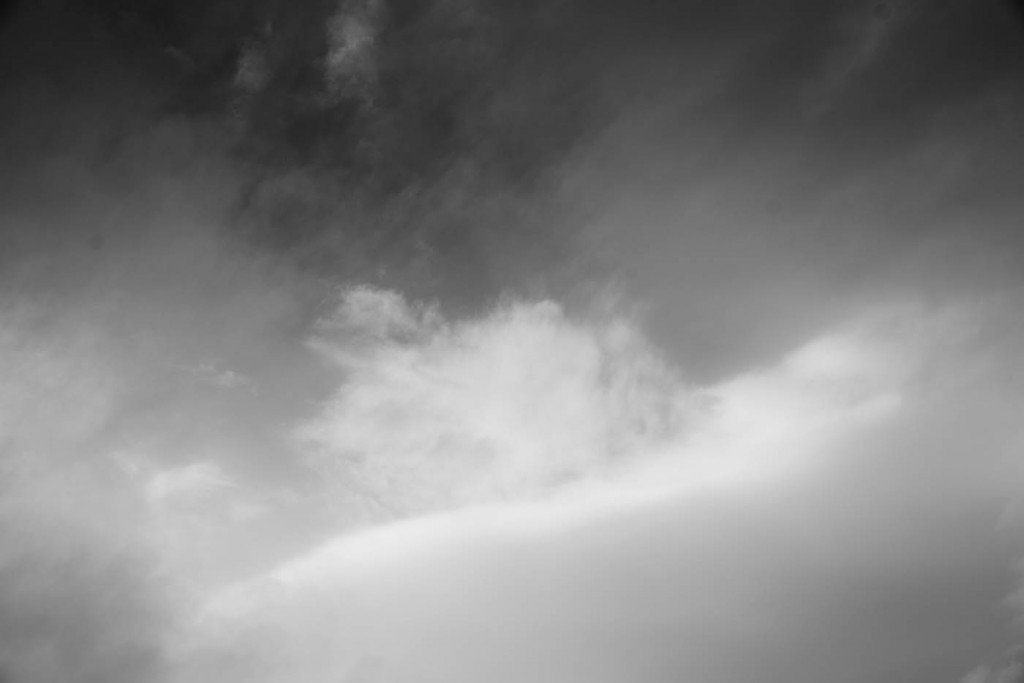 Because they’re essentially abstract in shape, it takes some effort from both the photographer and the gear to convey meaning from the author’s subjective interpretation to the viewer’s detached analysis.

Also : our roaming visual inspection of objects somehow renders clouds as well-defined objects but, in camera, they often end up looking like soggy shapeless blotches. It takes a good lens and keen processing to bring out the best in cloud photographs without resorting to high contrast cover ups or other stark manipulations. Out of camera, clouds are rarely that inspiring. 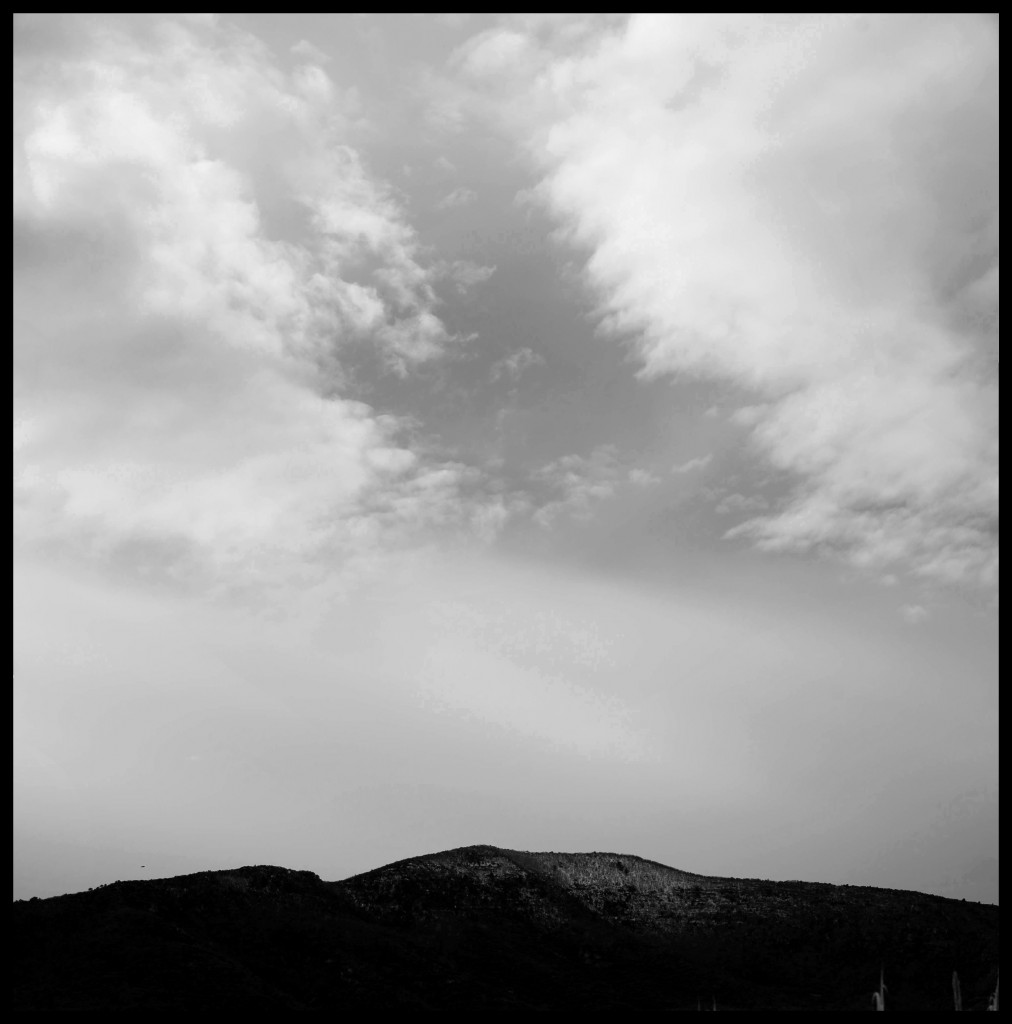 Which brings me back to the Zeiss OTUS 85/1.4. I’ve had a love / hate relationship with this lens since it arrived and its images of clouds only adds fuel to the fire.

Love because I love it. I simply adore this lens!

Hate because I can’t afford it or find a justification for it.

It’s that simple. It’s a perfect lens and I desperately want one.

And now … it makes beautiful photographs of clouds. 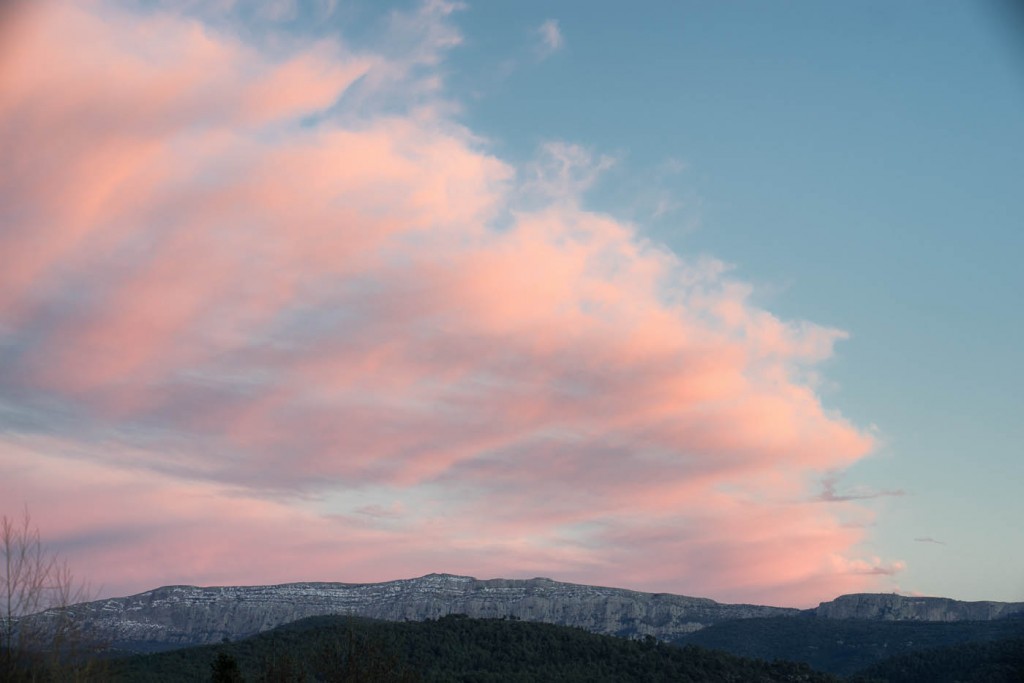 I worry that the photographs on this page will not adequately support my enthusiastic endorsement of the OTUS as king of nebulography. After all, this is highly subjective.

But here’s what seems admirable to my eyes : even at infinity, the OTUS 85 transmits the illusion of volume with realism. Depth is always present and the “whispiest” tendrils of clouds seem accurate in their rendition. Flat layers of stratus appear flat. Bubbly nimbus comes through in all its 3D goodness. The lens’s very accurate drawing never comes at the expense of harshness and atmosphere is always true to life. Misty winter sunrises almost feel moist. 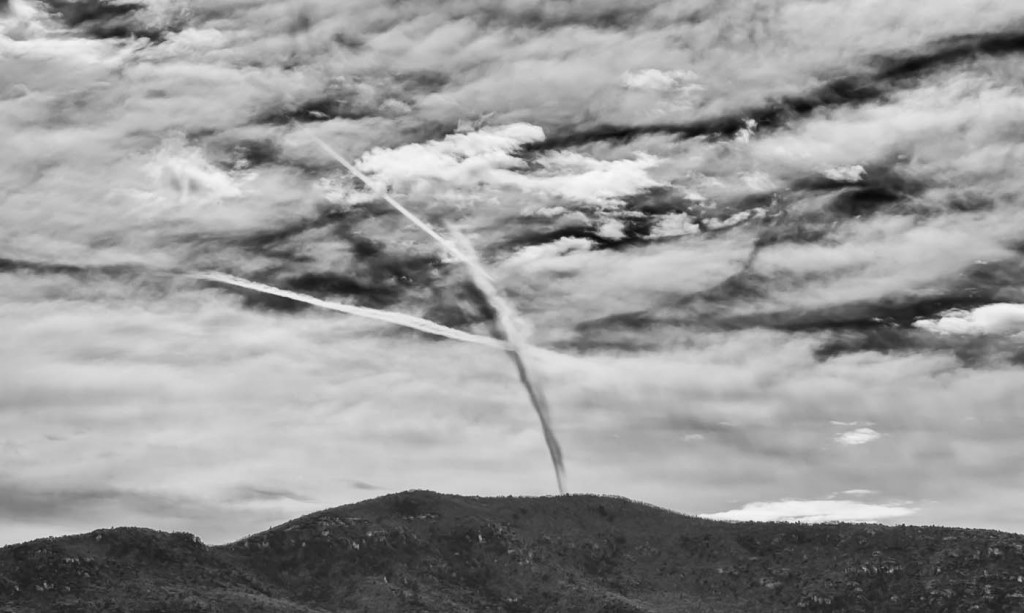 This realism allows the photographer to rely on the lens in any situation. And whether with a very strong post-processing hand (above) or straight out of camera, everything looks glorious, yet plausible. The info in the files is so rich that it would take extreme massaging to make the resulting photo look unnatural and nasty. 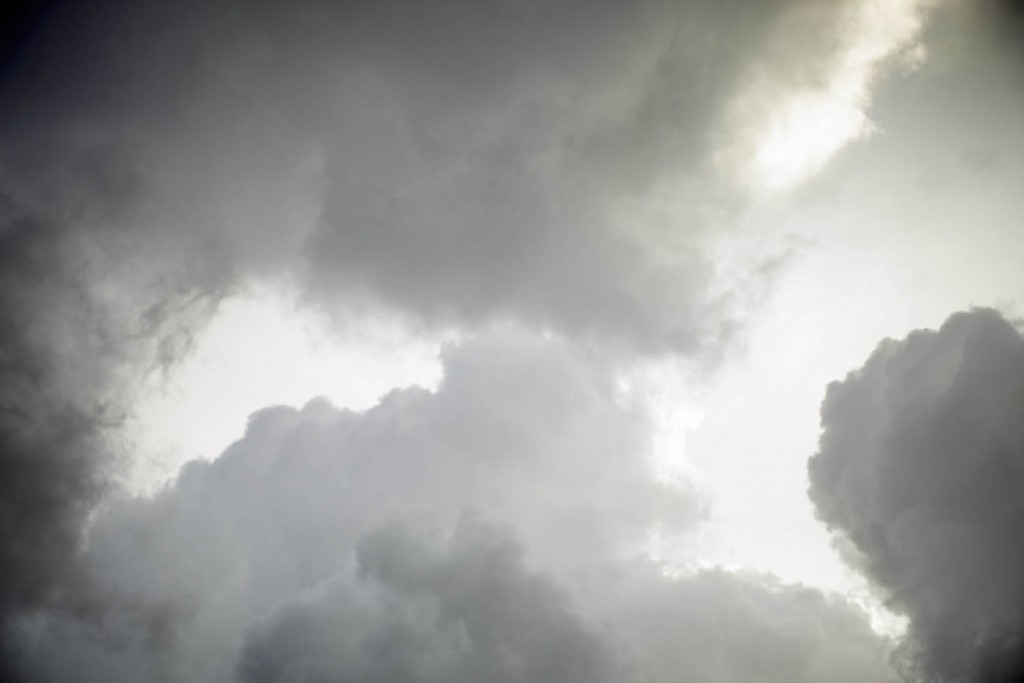 That’s quite the opposite of other lenses that opt for a more in-your-face delineation (and often get all the attention of those who confuse that for sharpness …) Of course, photographs of clouds cannot be the only test before buying a $5000 lens … They say nothing of distortion, chromatic aberration, sharpness … 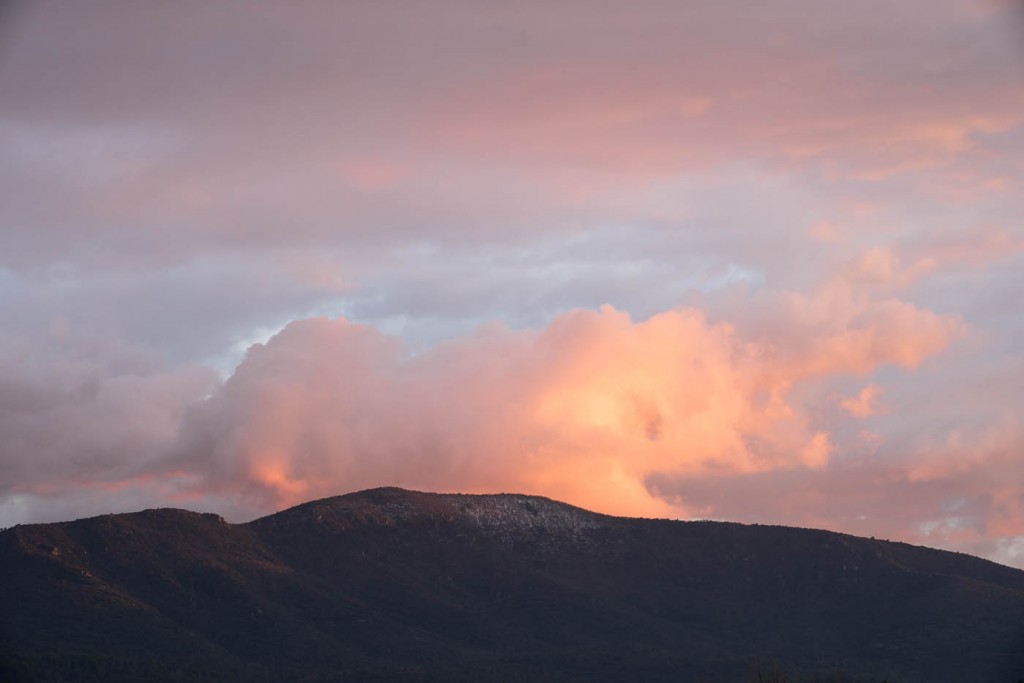 What they do show is an ability to make a readable photograph out of what can be a low-contrast low-sharpness subject. And that’s far more precious to anyone wanting to capture natural beauty and not see it as the lens wants you to.

All this may sound naf, but the OTUS 85 not only picks up more detail than any other lens around, it does so with the most relaxed and natural-feeling drawing. To someone who has lost many cloud shots to over sharpening, excessive contrast enhancements and other attempts at filling-in the blanks of info not relayed adequately by lesser glass, it means a lot. 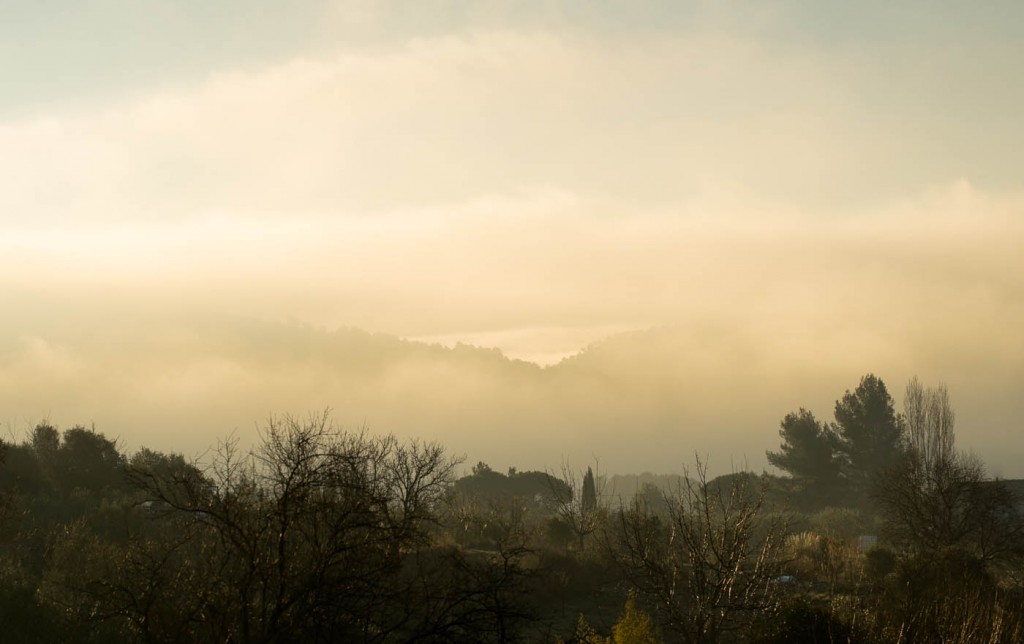 Now, why don’t you get out and photograph a few clouds and show me how that works out? Send me your pics, I’ll post them in the comments. Maybe I’m not the only nutcase around 😉

Previous Post #327. The night of the Shutaklunk UFO ! True story Next Post #329. Every Story Tells a Picture : Cloudy Orion (OTUS-style)