#327. The night of the Shutaklunk UFO ! True story

A few weeks ago, some readers called me names when I explained how to prepare for 3 days of darkness! It hurt, but today, I am vindicated. We are not alone and solar storms that send debris to cloud over the Earth are for real. I have photographed both. 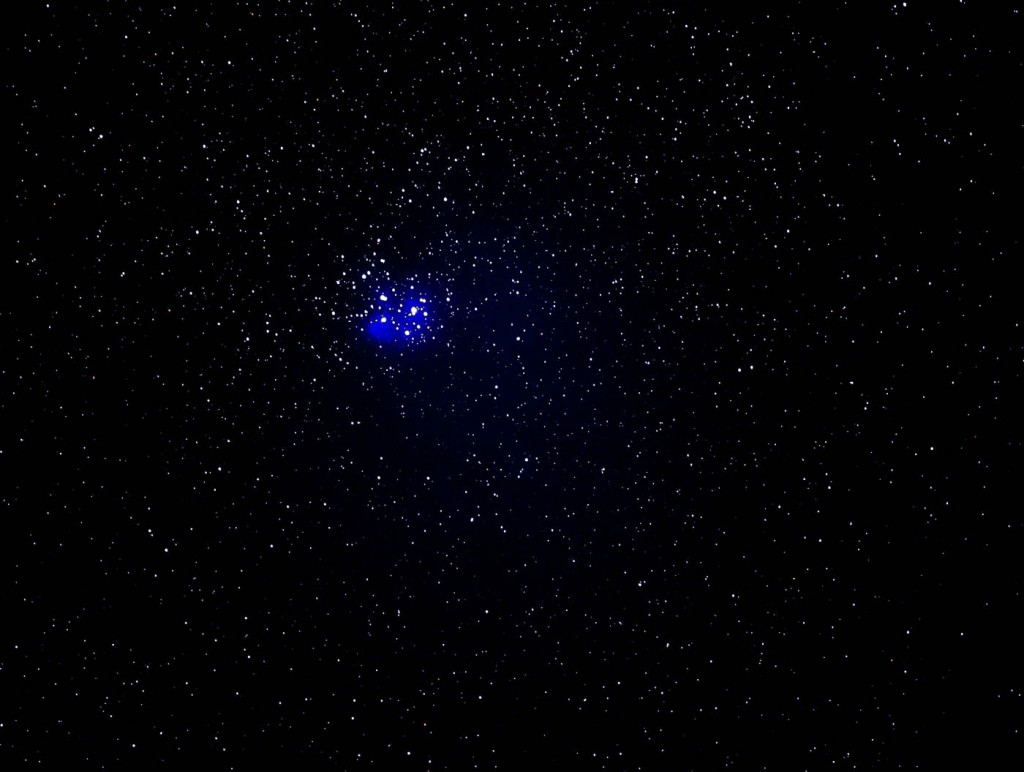 So, I’m out in the garden at freeze-o-clock trying to make a Susan-worthy photograph of the Pleiades cluster (above) with the Zeiss OTUS 85/1.4 but no motorized mount. Having realized 10 seconds was too long an exposure (star trails looked ugly and nebulosity was blown), I settled for 2.5, used the self timer and grabbed 60 frames until the clouds started to roll-in. I’d stack them later.

Imagine my surprise when individual frames revealed this !

Planes fly in a straight line. So do satellites. There’s only one logical explanation for this : UFOs shaking from gravitational force due to exiting hyperspace too close to Earth.

And that’s not all. The weird colours changing from frame to frame is the solar debris rotating in our atmosphere in a Fibonacci spiral. Why are other stars not affected ? Because they have shields. I have a photo of that too ! Click to enlarge this photo and look around all the stars. All have them ! 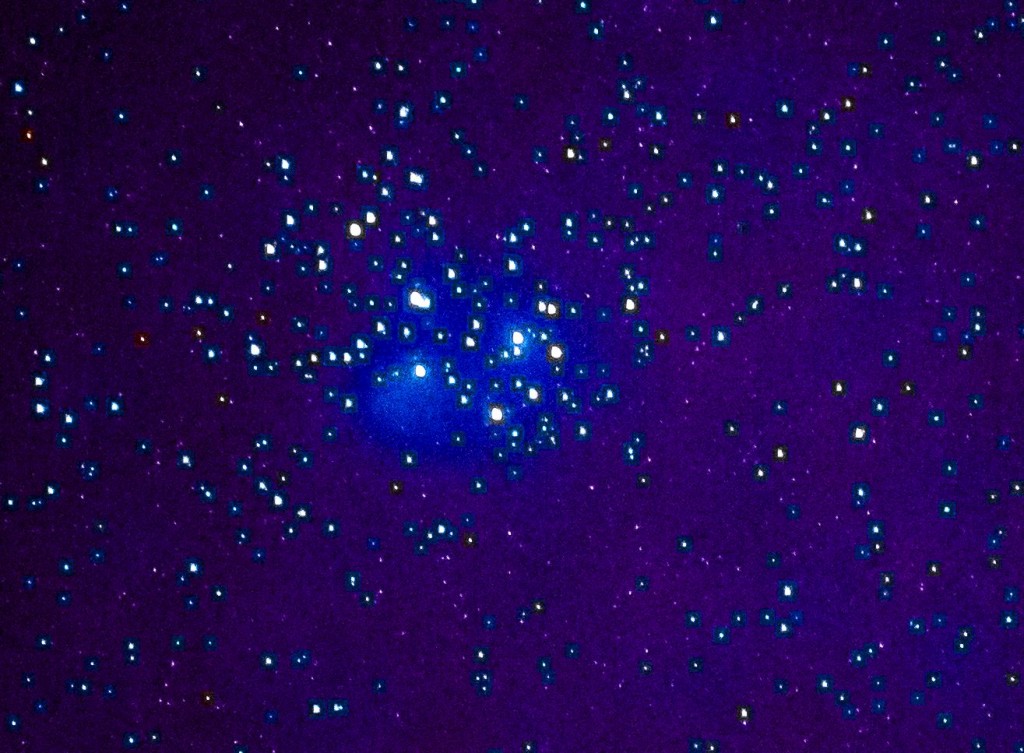 Of course, it may also be that the individual frames (all made using a timer, on a very sturdy tripod and Arca-Swiss head, with no wind) saw their world rocked by a very clunky A7r shutter … It physically does that to my ears, it would not surprise me if it shook satellites off their orbits (or at least the camera for a few seconds).

And it’s quite possible that my struggle to get white balance right is painfully apparent in all the satellite subframes 😉 For info: the brown-looking photos are what the 12,800 ISO frames looked like at 100%, SOOC. When you see the finished photo, at top, you realise how far image processing software has come!

As for the black boxes surrounding all of the stars ? Do enlarge that picture. If you have an explanation, I’m interested to hear it. In all likelihood an artefact from the Sony processing engine, but I’m really not sure. Any takers ?

About the OTUS. Take a look at the first wobbly-trail photo. That’s 100% from the top right corner. You can detect minor coma. And there was a bit of purple fringing on the brightest stars. That’s it. Astrophotography is a very harsh test for any lens and the OTUS comes out with flying colours. Its focus is so snappy that I never had to check focus on test pictures and always relied on what the stars looked like through the EVF to nail focus every time.

I’ve been an astro observer for many years, but this is more or less my maiden voyage as far as astrophotography is concerned. And the learning curve is steep. But the bug has bitten and I will report on my progress in future posts. I’ll leave you with the easiest of astro pics : our lovely moon. Not bad for 85mm of focal length, don’t you think ?

#393. In the A7rII, has Sony secretely tweaked its recipe for RAW?

Previous Post #326. Bellamy Hunt (JapanCameraHunter) on film better than digital, collector gear and photography in Japan Next Post #328. An OTUS 85 on cloud 9