Exploring the creative limits of a lens is tremendous fun.

Having been seduced by the enveloping softness of the OTUS 85/1.4’s rendition, I decided to embark on a mission with little chance of success: learn – in less than 2 weeks – how to exploit that lens’ atypical imaging characteristics to the full.

This morning, reading this very interesting article on negative space by filmmaker Thomas Ball, the idea to use the OTUS not as a cream-machine of great delicacy but as a stark calligraphy brush dawned on me. 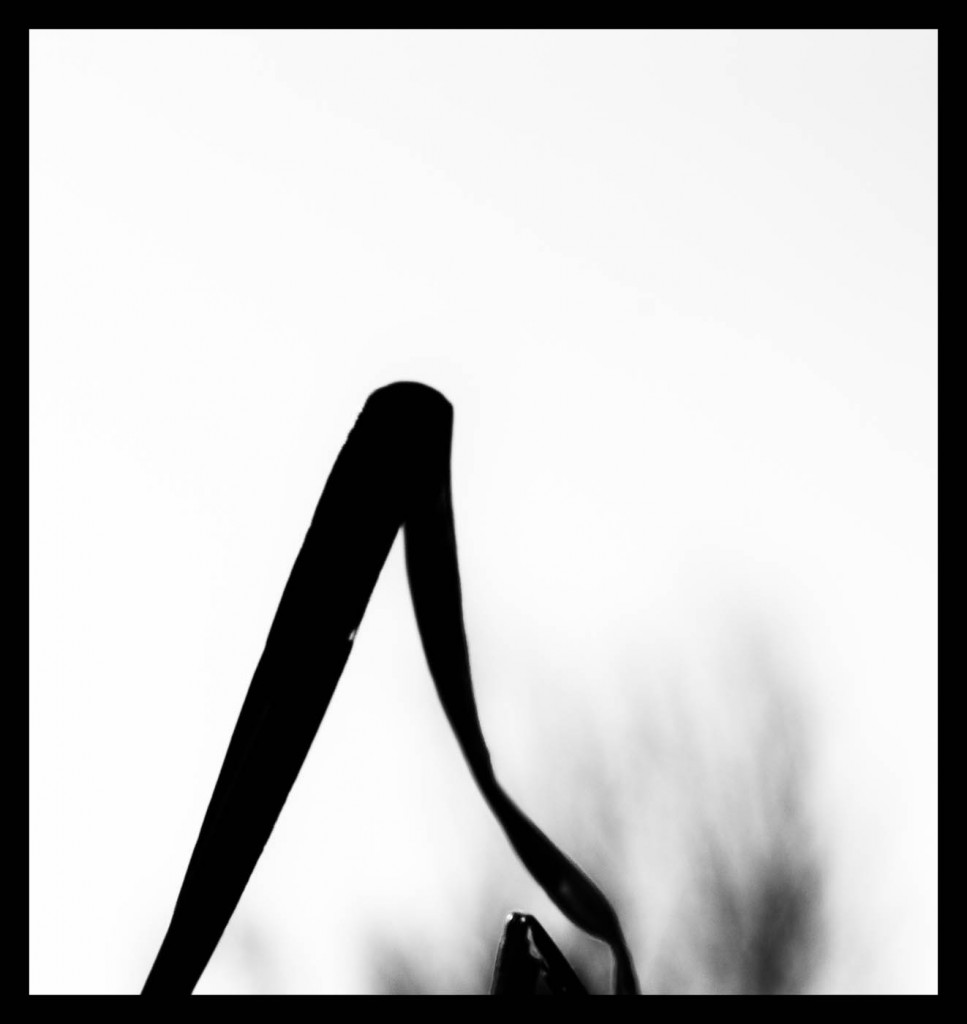 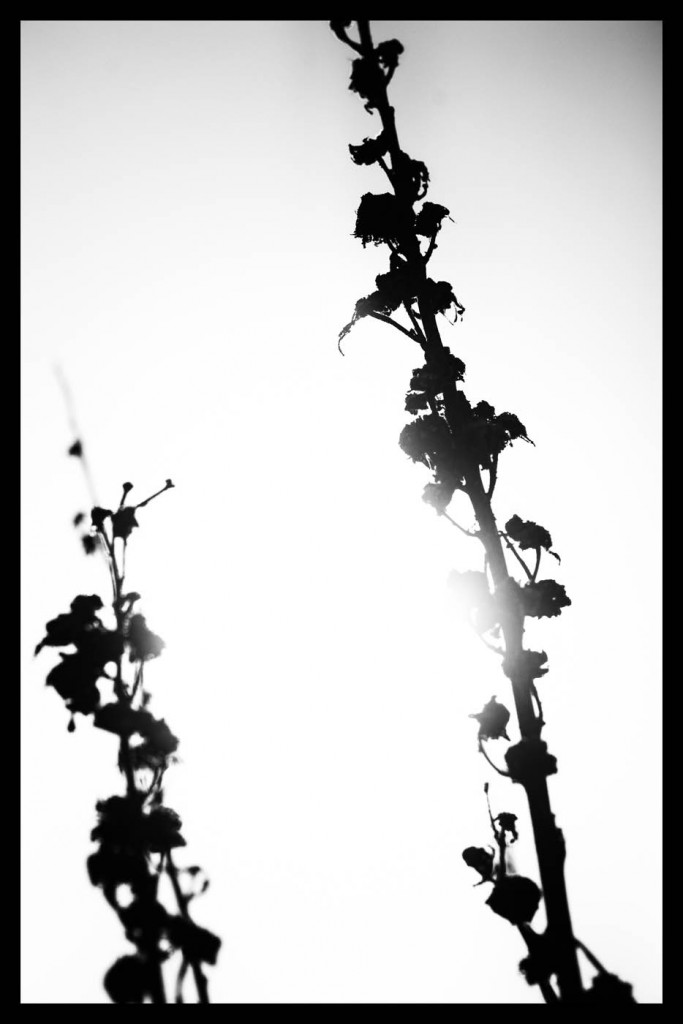 A garden and wintering plants were my models. The sun, my white canvas and shadows, my black ink. With the OTUS as a brush.

Whenever practical, I aimed straight into the sun, letting the plant eclipse it or stand very close so as to provide a pure black to white contrast with only the glare from the lens diffusing into the plant’s darkness and revealing its details. 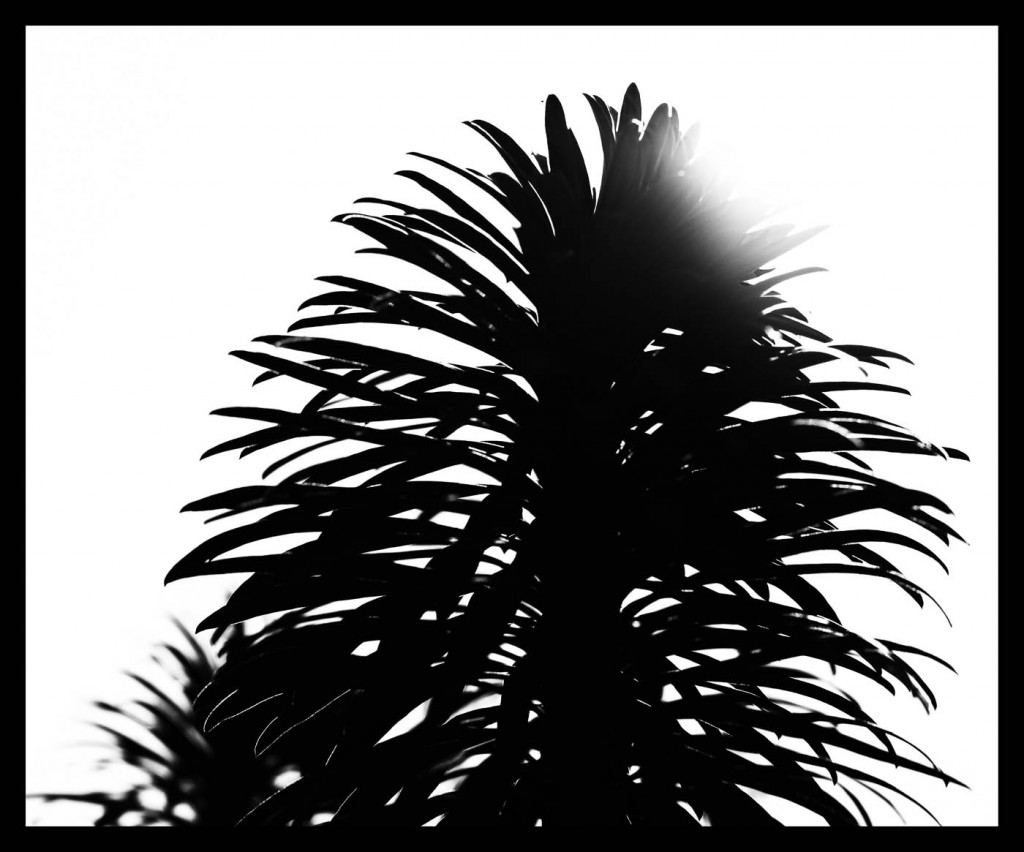 Instead of optical aberrations detracting from the beauty of the portrait, they would actually make the portrait.

To give all the images a consistent look, f/5.6 was selected for all frames and processing was almost identical except for some added vignetting and playing with local contrasts so as to get some detail back from the sea of white. 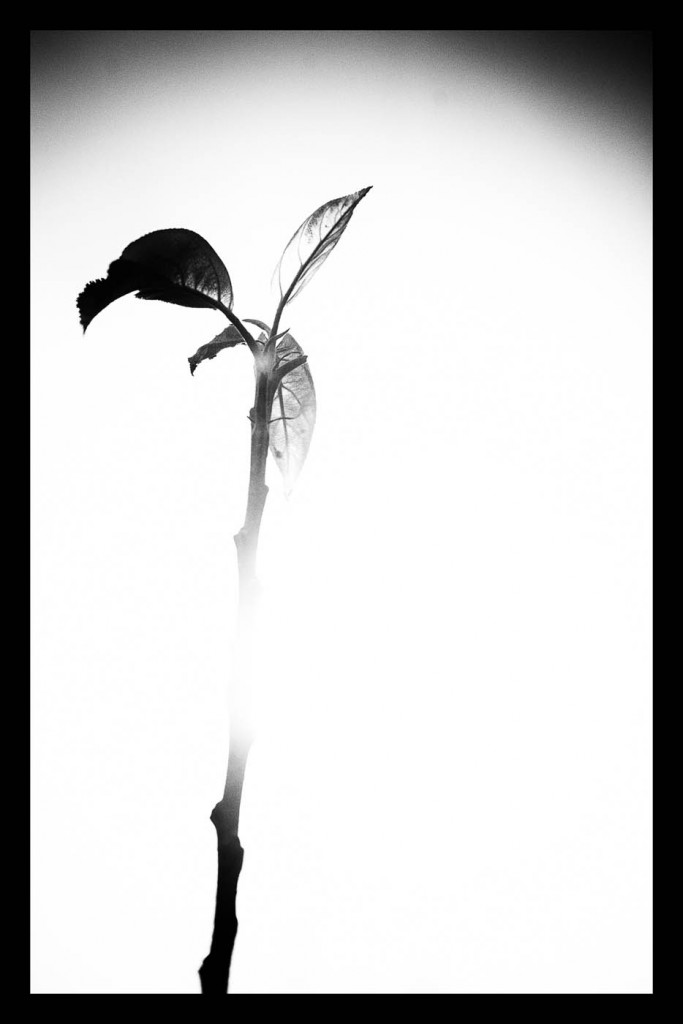 The result is close to the ultimate figure to ground presentation and supports my permanent rant that lenses should be chosen for the creative abilities they liberate in you rather than sterile lab tests.

I really like my digital herbarium: from the single blade of grass at the top of this page to the hollyhock, euphorbia, pear, thistle, magnolia, phoenix and cane, I feel the shadows from all plants look true to their essence and provide a very interesting set of visual patterns. 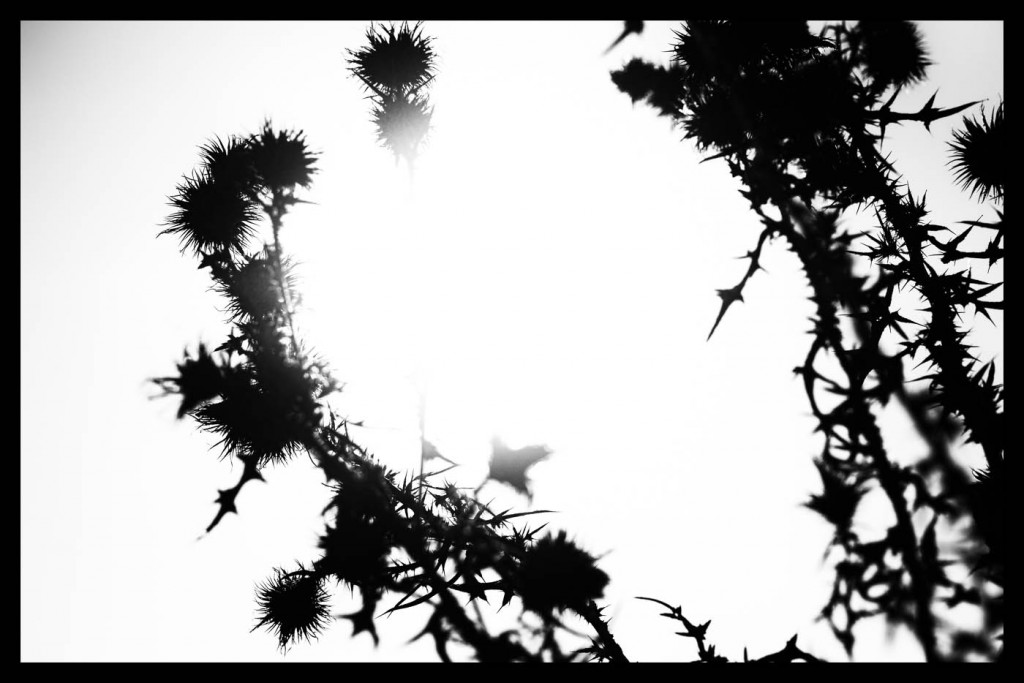 As for the OTUS, I think you’ll agree it handled the test brilliantly, highlighting tiny patches of plant rather than making the whole picture a dull grey mess. Kudos Zeiss! 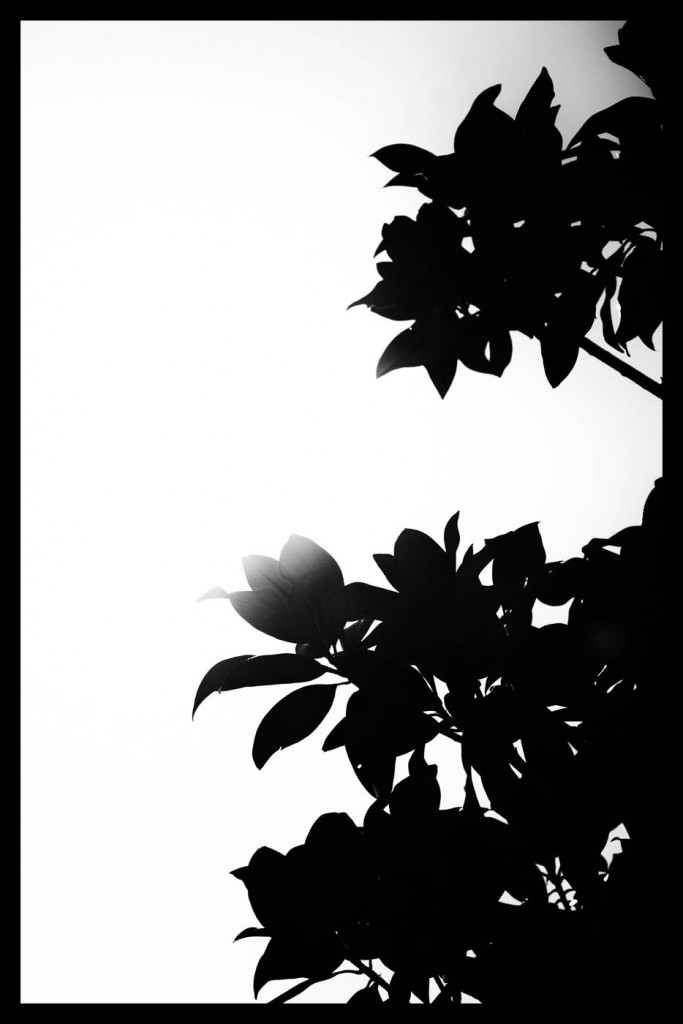 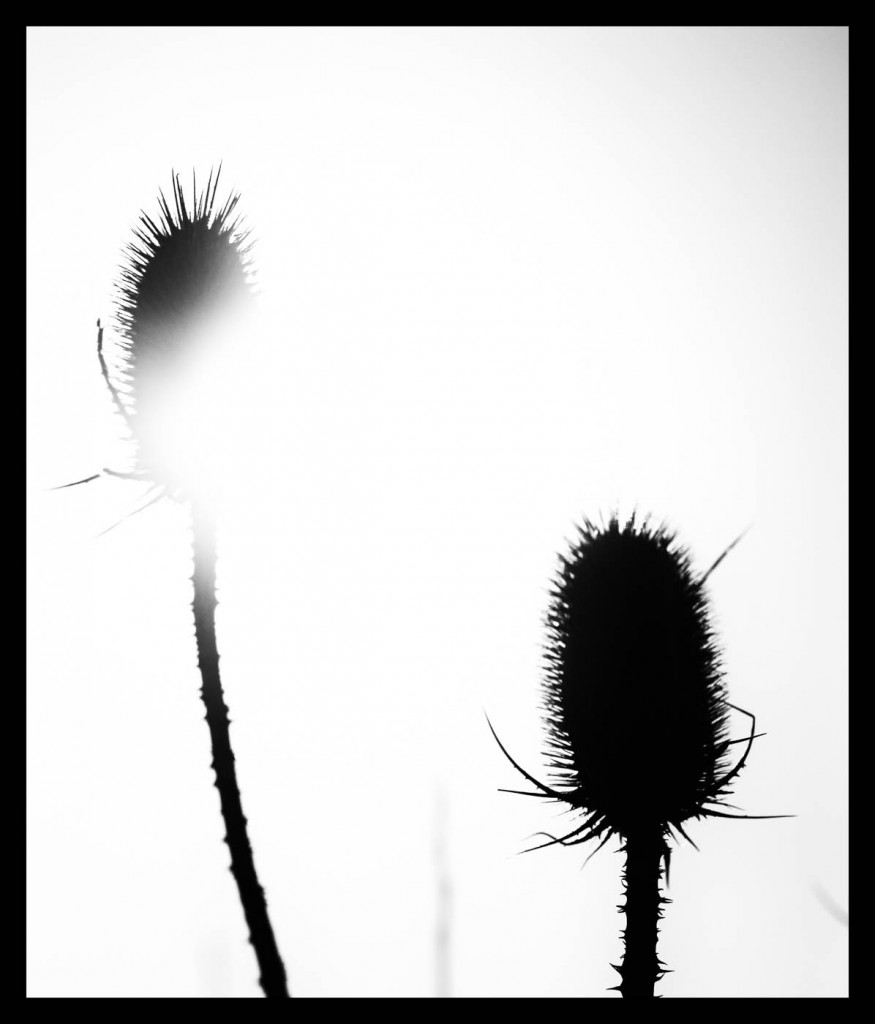 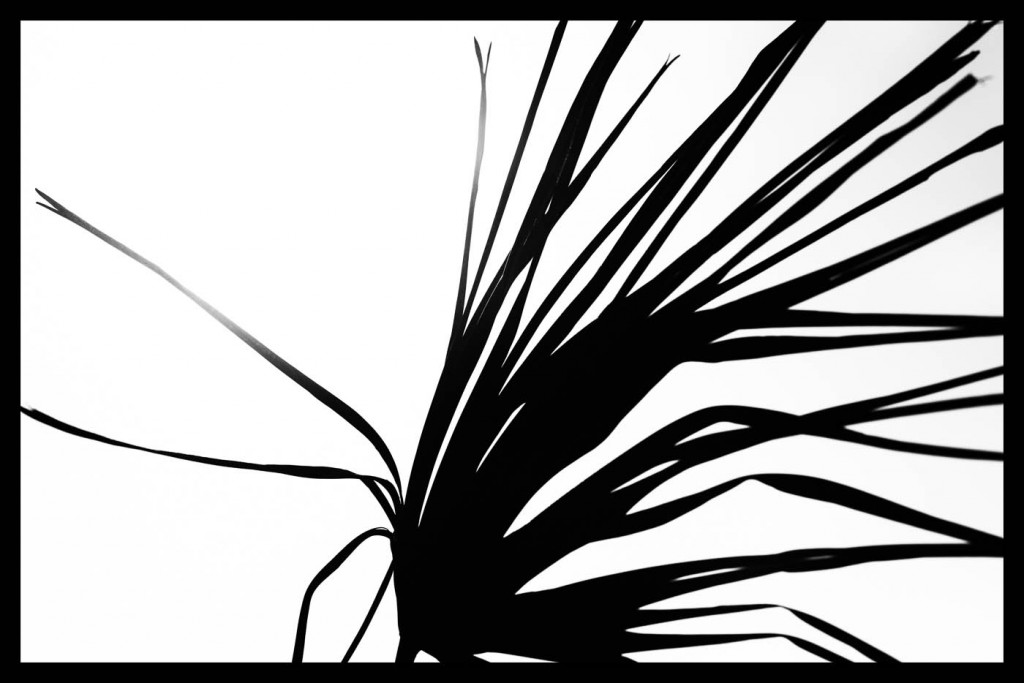 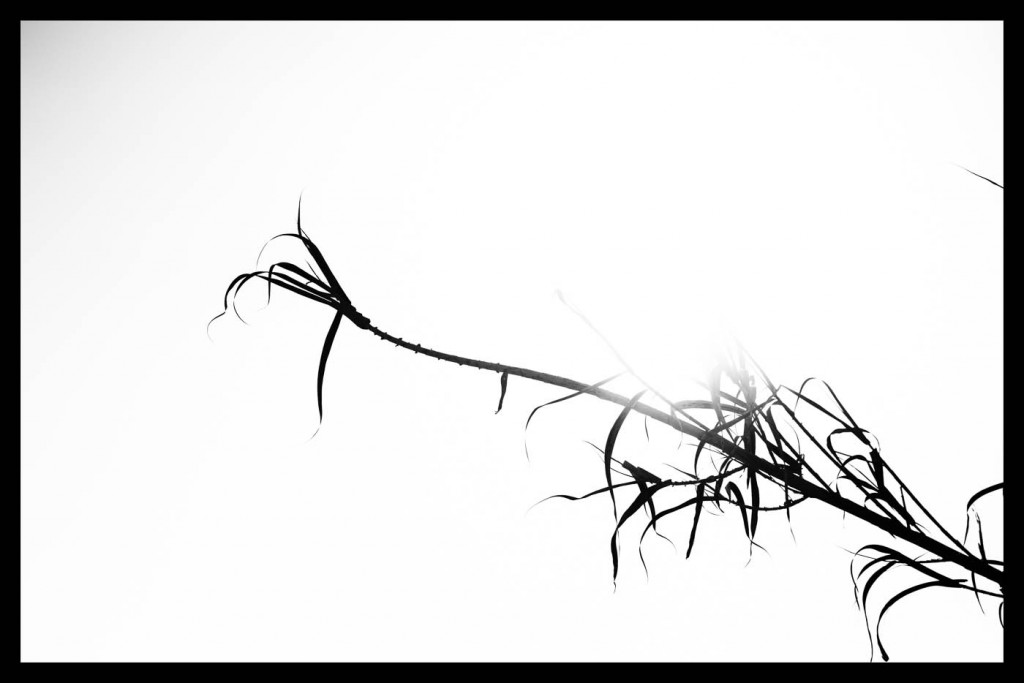 Previous Post #322. OTUS 85/1.4 Brief Preview: That Challenging Taste of Perfection! Next Post #324. Week-end roundup: Krappy cameras vs 80Mpix backs, NZ vs Siberia and more contests than you can count. Plus, don’t be a conformist!