When you’re a cheap lowlife like me who’s unwilling to fork out the 20-60 big ones required to secure a top-notch technical camera system such as those offered by Alpa and Arca Swiss, two options are available to you in order to enter the world of Scheimpflug principles and keystone shifts on the cheap : 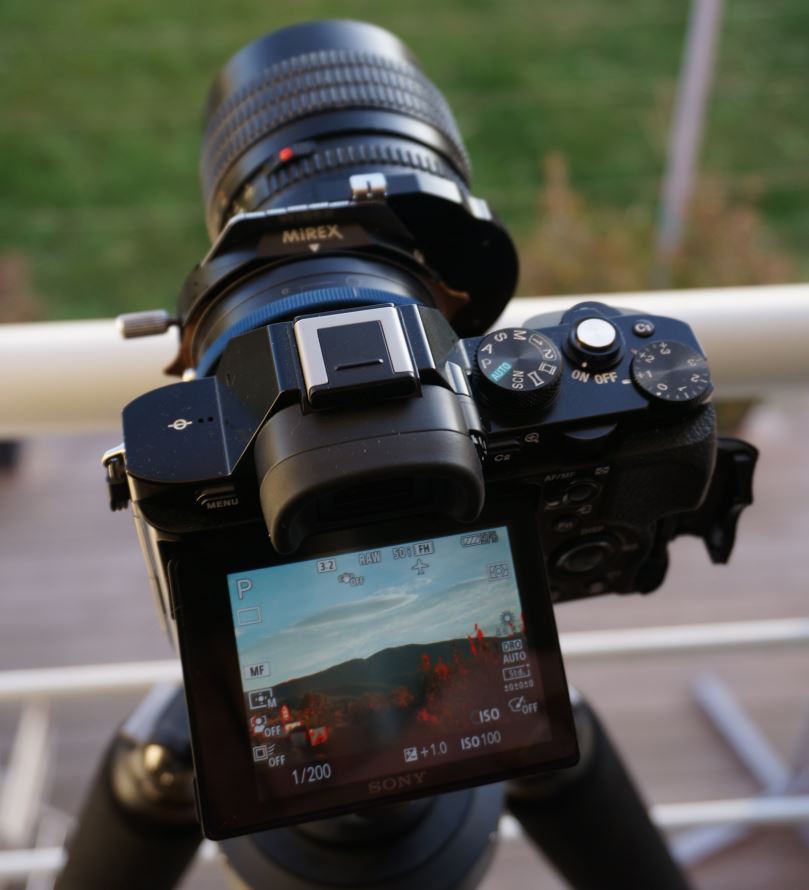 Which is better really depends on how dedicated you are to the fields best served by the corresponding image manipulations. But here is a brief attempt at describing the pros and cons, doubled-up with a short review of the Mirex adapter, one of the tools of the trade you’ll want to know to dip your feet in the water in a quality but affordable manner.

What’s this all about ?

In many circumstances, specialized photographers cannot rely on depth of field alone to secure focus over the important parts of a scene, or on the natural geometry of parts conveyed by standard lenses.

Think of architecture photography and the strongly converging lines of short focal-length photographs made pointing upwards. Or think landscape photography when an important subject is very close to you but you want to keep the background sharp and cannot achieve this, even at a diffraction inducing f/22. Think of the gimmicky miniature effect found deep in the “artistic filter” menus of most mirrorless cameras. Or think panoramic frames that do not fit in without dedicated apparatus.

Enter the technical view-cameras and their range of movements allowing us to control the perspective along 2 axes as well as the angle and depth of the plane of focus. I won’t go into detail about how this works. For a delightfully romantic explanation, I strongly recommend St Ansel’s book: The Camera. If you’re on too strict a time budget to let the enthralling words of our forefather infuse happiness into your very bones, YouTube will substitute well. 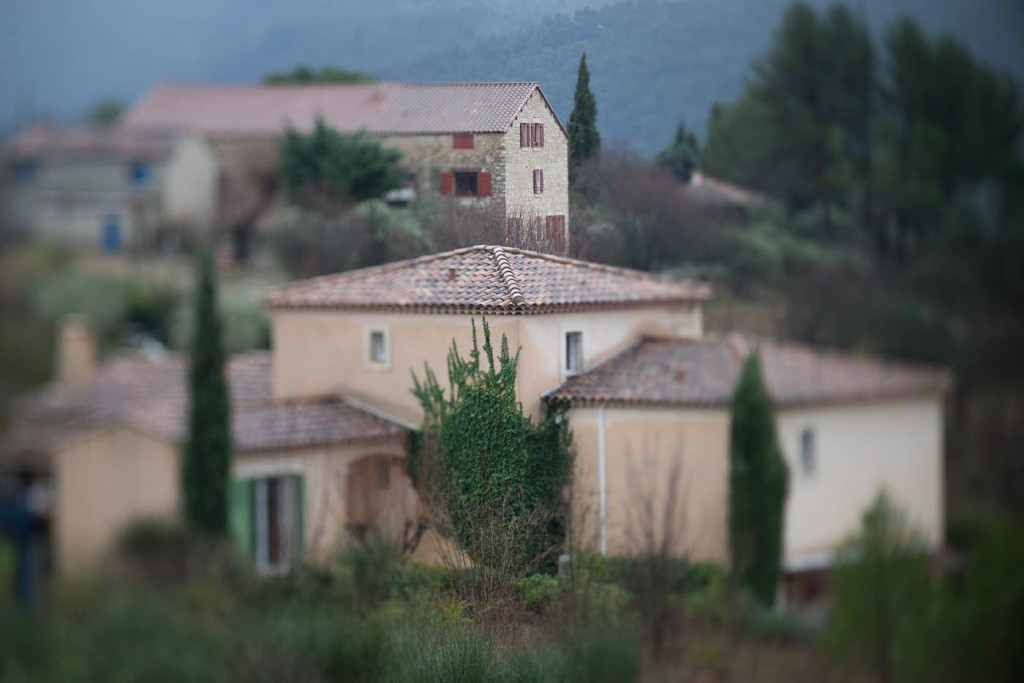 View cameras can do many wonderful things.

By swinging their (film-bearing) rear-end like Beyoncé, they let you control the shape of what is captured by the film and the resulting perspective. By shifting it (relative to the front end) they capture an area of the image circle that is further out from the center of the image, such as tall buildings, without requiring you to point upwards, therefore avoiding the keystoning effect.

Finally, by swinging the front-end (lens-bearing) relative to the film-plane, they allow you to select a plane of focus that doesn’t have to be parallel to the film/sensor itself. This effect, described by the Scheimpflug principle,  is particularly useful as it lets you control the depth of field (via aperture) independently to the actual orientation of the plane of focus.

Two opposite applications of this principle are:

You can see both side by side below :

Enough with the boring talk. Is it worth it? And what is that Mirex adapter?

Mirex is a small German company who produce a very fine adapter that sits in between medium format lenses and full-frame (or smaller) cameras. 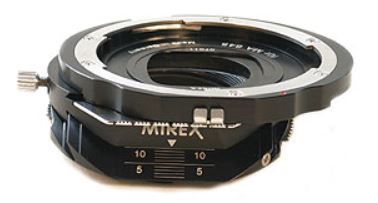 But, unlike conventional adapters, it lets you use several of the front-end movements found in view cameras, in particular :

It also lets you rotate the lens 360° relative to the body so that the shift can be vertical, upwards (to “point” the camera upwards without introducing keystone convergence) or downwards. It can be horizontal (for instance to capture a panorama) and anywhere in between. Likewise, the tilt can be made in any direction you wish.

Build is exceptional and the variety of movement concentrated in such a small (yet sturdy) object, is bewildering.

The main (only ?) drawback of the Mirex, is the obligation to use lenses above 35mm. If you want shorter than that, tilt-shift lenses such as the famous 24mm contenders are a better option (and a far more expensive one, too).

Point your camera upwards at a tall building and its photograph is full of converging lines that many find objectionable (debatable in itself).

But this optical magic comes at a price. However good in their time, most medium format lenses you’ll be using with a Mirex see their optical quality deteriorate quite significantly when you get too close to the edge of their image circle (the circle on which they project an image is larger than the 24×36, because they are medium formal lenses, which is why you can move the lens about relative to the sensor, but there are limits).

For that application, clicking a single button in post-processing software gives you the same result with an image degradation that usually isn’t as important (all depends on the quality of your lens, but it’s a very rare lens indeed that doesn’t degrade much with a 15mm shift).

Stitching serves two purposes : increasing the angle compared to one a single frame can capture and/or creating more pixels in your image. For instance, when creating panoramas.

I actually bought the Mirex to stitch 24×36 frames into the 4:3 format God intended all photographs to have until Oskar Barnack ruined life for photographers (ahem). Too lazy … I never did. Still, the Mirex is an excellent tool for the job.

Amateur panorama creators usually swing their cameras in a broad arm-length arc that takes in the scenery to be included. Quite quick and quite dirty :

For all these reasons, creating panoramas with an arm-sweep technique requires very clever software such as AutoPano Pro to get rid of the mess and produce a clean output.

The two photographs above are ample proof that the method works. But the Mirex is a far preferable solution if you’re half serious about panoramas.

First of all, you’ll be using it on a tripod. You don’t have to, but going to the length of shifting a lens while refusing a stable base would speak negatively about your mental health to the casual onlooker. So, you’ll be using a tripod and you’ll be level.

Secondly, and most of all, with every individual frame, you are capturing a fragment of a unique image. Essentially, your lens is projecting a large picture of a scene and you are grabbing a horizontal slice 24x36mm at a time (*). This means all you need to do is place the frames side by side and they will overlap perfectly. No fancy maths to deconstruct/reconstruct the image, no weird jaggies, no messing about with layer masks to clean up some bits the software couldn’t take care of alone. In both cases, you’ll need software to stitch individual frames, but with the cleaner initial shooting technique, the software can be simpler and introduces less degradation.

(*) Actually, that’s not entirely true. You are moving the lens relative to the sensor with the Mirex. Ideally, the lens should be fixed to the tripod and the camera should be moved about behind it. Other adapters work exactly in that way, but their build or pleasure of use doesn’t come anywhere close, so I’d still stick to the Mirex.

Imagine three planes : one defined by the film / sensor. A second defined by the lens (normally parallel to the first, and in front of it by one focal length’s distance). And a third where objects in frontof the camera are in focus. For the sake of simplicity, let’s assume that all lenses in the World are Planars and that the disturbing world of curved focus surfaces exists only in spooky bed-time stories (for bad photographers who support h 3:2 format). When you tilt one of the first 2 planes (let’s vertically, downwards), the two intersect in a (horizontal, in this case) line (the Scheimpflug intersection),  and focus is carried on the plane that intersect the first two on exactly that same line. 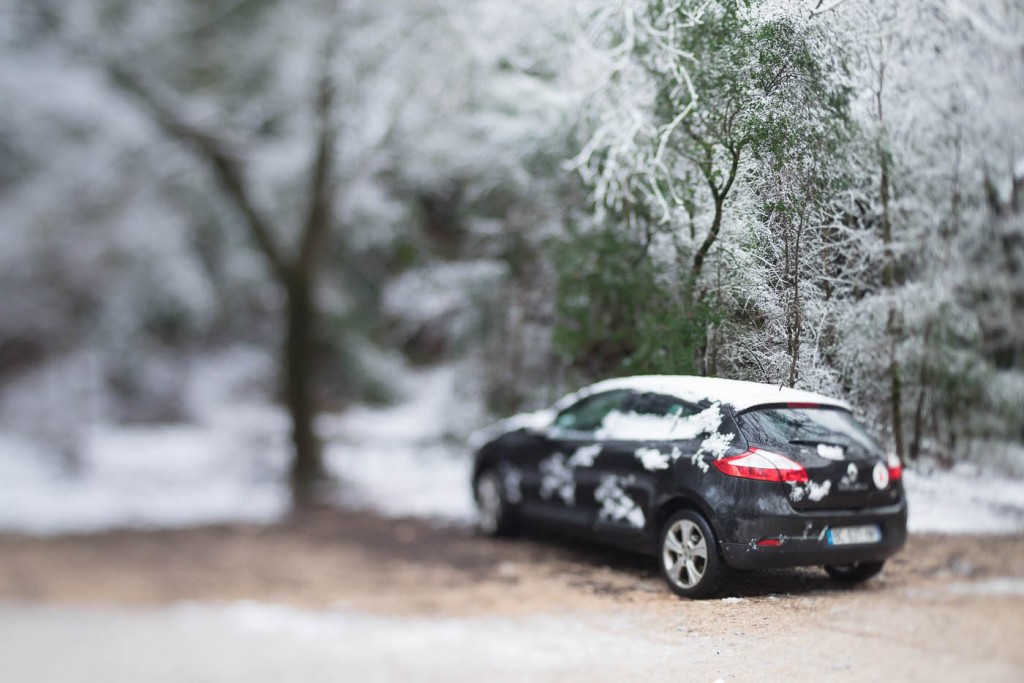 If you click this photograph to enlarge if, you will see the oblique plane of focus going through the trees on the right, the near rear-light and towards the center of the frame.  Here the lens was tilted horizontally and to the right. The depth of field is seen clearly (about the width of the red tail light) and is very shallow because I shot wide open. The very sharp transition between sharp and very unsharp is what gives us the “miniature effect” that makes the car look like a toy. With a smaller aperture, the apparent width would have been greater, up to 4 times as much. More interesting, had I tilted horizontally and to the left (not the right), I could have had the whole side of the car (and tree on the left) in perfect focus and the background trees on the right completely blurred. Playing with aperture, I could have decided how much of the back of the car (which would have been at right angles to my plane of focus) was to be in sharp focus.

Most cheap cameras come with a miniature effect filter that offers less in the way of control but usually provide equally pointless images. So, call that a draw.

The score is a tie and your mileage will obviously vary depending on your kit and shooting preferences. In my opinion, the effort isn’t worth the results. 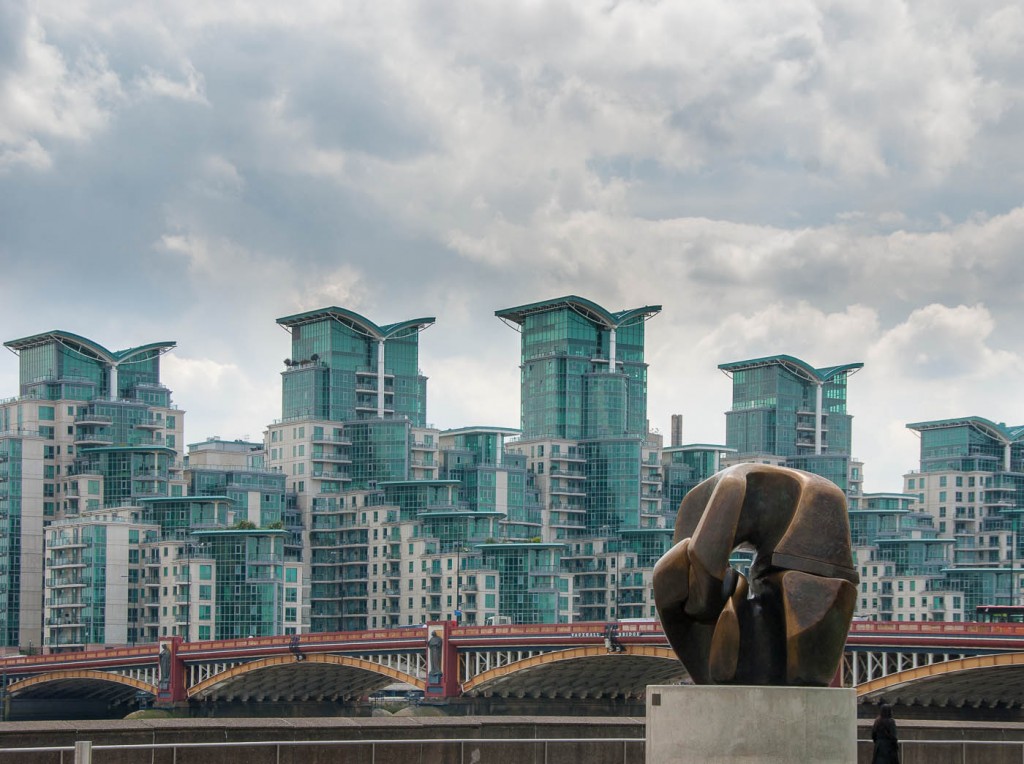 The Mirex is an excellent piece of equipment but the limitations this style of shooting imposes simply do not translate into significant enough advantages, for me. I find I am better (or, rather, more easily) served by conventional lenses and post-precessing software. Losing the convenience of a snappy shoot without gaining the real-life image-quality improvement you’d expect of a good medium format system simply makes no sense, in my book. There simply aren’t any image manipulations I need that I can’t simulate via software. And, no, stitching fils doesn’t give you that elusive medium-format look. More on that soon.

If you already own medium format lenses, on the other hand, do yourself a favour and get one now. It’s a lot of fun to experiment with. I’m now selling mine with all 3 Mamiya lenses at a bargain price. Want it ? Drop me a line in the contact page 🙂