My shoot-out post Capture One Vs Light Room was an eye-opener. Quite a few readers agreed that Capture One was the better software. And each of them indicated that he wasn’t going to change. Nobody challenged my assertion that making my pictures better for 110€ was the best deal in photography. And nobody took me up on it. The post became one of the most widely read on Dear Susan, and it made no bloody difference. Even though DS readers are interested in high-quality photography , not one wrote back to say that he (she)’d changed over to Capture One. Basically, they couldn’t be convinced. Or rather, the burden of changing over was just too much to make it look worthwhile.

Suddenly this “I couldn’t be bothered”, or “it’s just too long and hard” attitude goes a long way to explaining why compact camera sales are dead, and why all camera sales are falling off a cliff. This is because people are taking pictures not with cameras but with smartphones and even tablets. Once more, the iPod, portable and easy to use, wins despite its screechy sound quality over audiophile sound systems.

Thus my report on the new version of Capture One is totally useless, because nobody is going to change over to it. Since my previous post, Sony and Phase One did a major deal. Anyone buying a A7 camera gets a free full-featured-but-Sony-only version of Capture One Pro. Sounds exciting for both Capture One and customers. Except if buyers are already used to another brand of software, because, then, they won’t be arsed to change.

On with the comparison

OK, enough with my surly attitude. If I really believed that you aren’t interested, of course I wouldn’t write what you wouldn’t read. So, on with it! How much improved is version 8 over version 7? The answer is: much! More than the 69€ I had to shell out to get it.

There are 3 differences that in my view easily justify the upgrade. One is a “heal” tool to complement the “clone” tool. The latter lets you clone out something that ideally shouldn’t be there. But cloning out rarely works perfectly, because it is rare to have a zone of the right size, subject and luminosity to perfectly replace the unwanted one. The heal tool, comparable to the similar one in PhotoShop, takes care of a good portion of the problem by adjusting luminosity, making the replacement much more even and seamless. Score 1 for the good guys, even though this is hardly earth-shattering.

The second difference, more important in my view, is that the HDR tool is much improved, even though it already was much better than LightRoom’s, as per my previous post. In version 7, if you tone down highlights, or if you lift shadows, beyond a certain amount of adjustment, you get an effect on the mid-tones, which goes toward giving them a washed-out look. Meh! In version 8, you can push the shadows all you want, or mute the highlights, and it has no effect on the midtones, which remain punchy.

Which brings me to the major improvement: advanced layer management. In Version 7, you could do masks and layers, like in PhotoShop, which you can’t do in LightRoom. In my view a major feature. But you only got a limited number of adjustments in the layer you’d just created, basically the various parameters for exposure, sharpness and clarity. In version 8, you get much more, because you get pretty much the same as for the whole picture. Now you also get white balance, and HDR, clarity, noise reduction, etc. Which means you can selectively adjust white balance if your picture incorporates mixed lighting, such as artificial in one are, and natural in another, beacuse it is close to a window. Or you adjust highlights and shadows selectively as well. Which means, if the improved HDR tool is not powerful enough for you, you can design a layer and double the effect by using the selective HDR tool on the layer only. Super neat!

There are many more improvements, including in the user interface, the loading speed, the stability, the RAW converter (this you can see for yourself and form an opinion). That is, if Capture One are to be believed. I ran a single test on speed, and C1 v7 was quicker by some 25% over v8 when it came to importing 23 pictures.

But, as I said previously, none of this ultimately matters, because none of you are going to make a change. So why write the post at all? Just to rain on your parade, so that you know what you are missing out on. Not very nice, is it? Well, that’s the sort of guy I am. Enjoy your LightRoom, fellows! 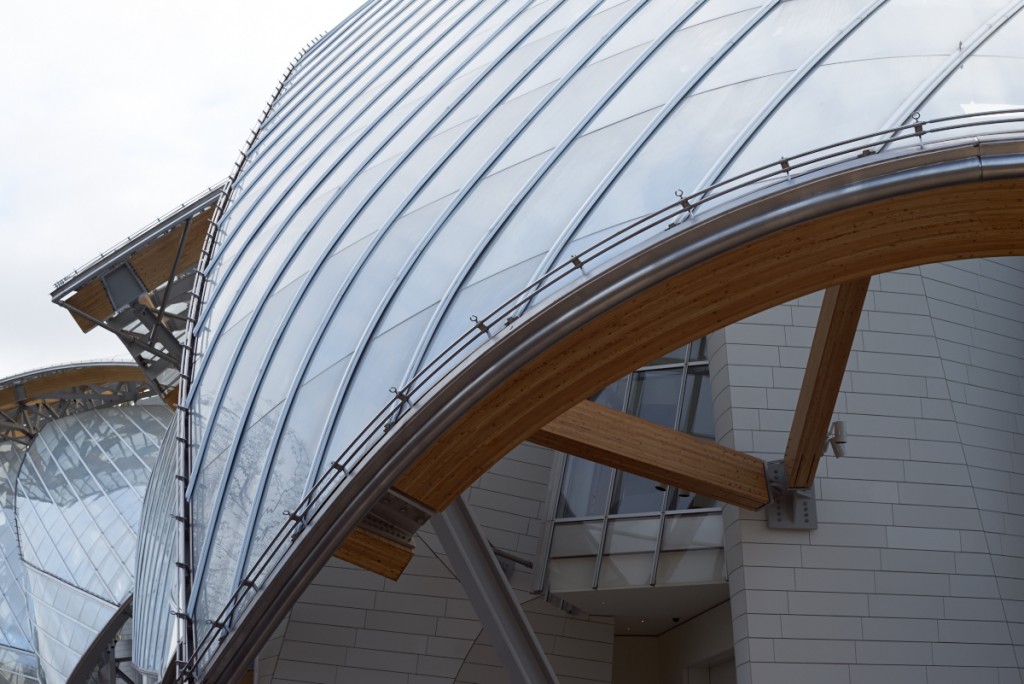 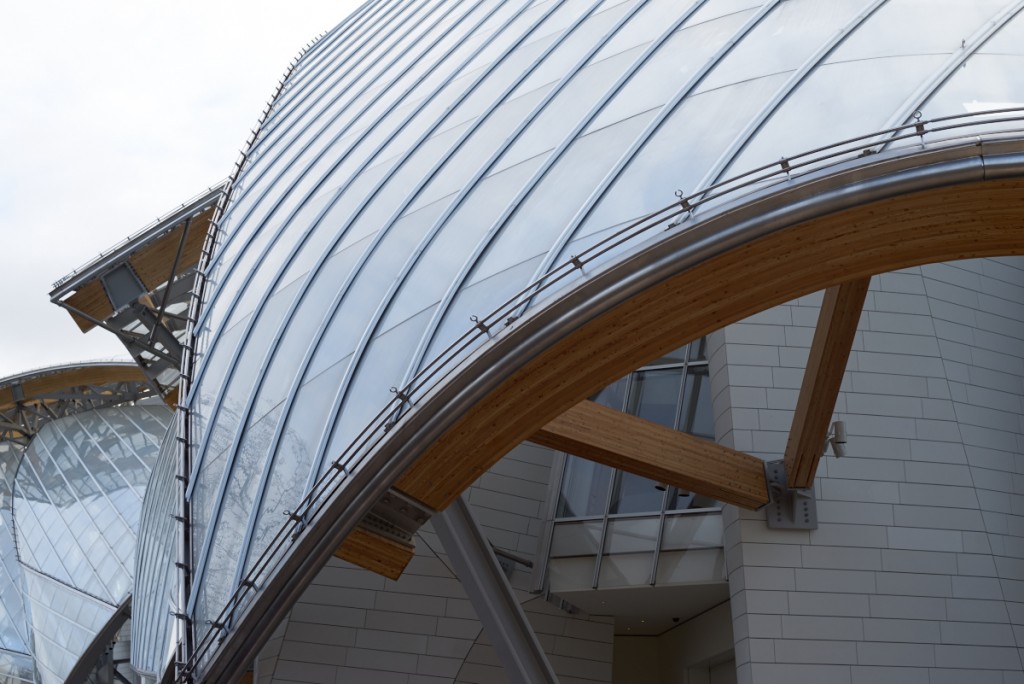 What you have above is the same RAW picture, processed first with C1 v7, then with C1 v8, but left totally without post-processing. This gives one a comparison of both RAW processors, since C1 claim that it is improved. Note: the file size is exactly the same, so there is no increase in information. The choice of this picture is because it has a very light sky, part of it burned, which begs for highlight recovery. And the beams provide an opportunity to judge colours and contrast.

In the pictures below, the same sequence, but with the HDR tool used to the max. Look at the impact on the sky, and on the building. Top picture in V7, then V8. I rest my case. In my opinion, Capture One deliver on their promise, highlight recovery is indeed much improved. More information is recovered from the clouds, yet the midtones remain less impacted. 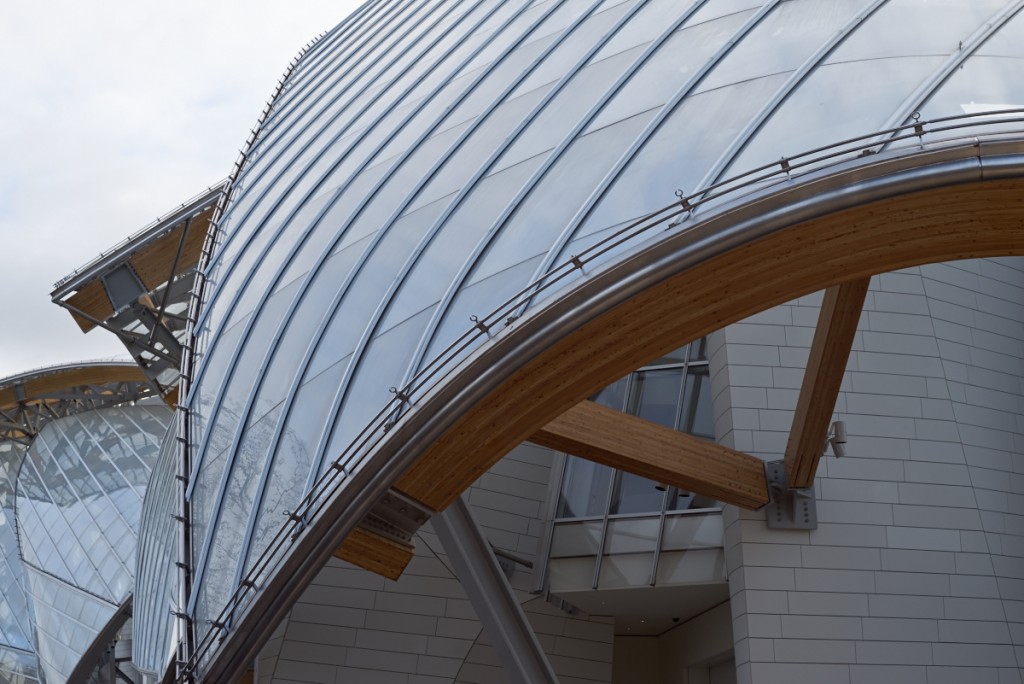 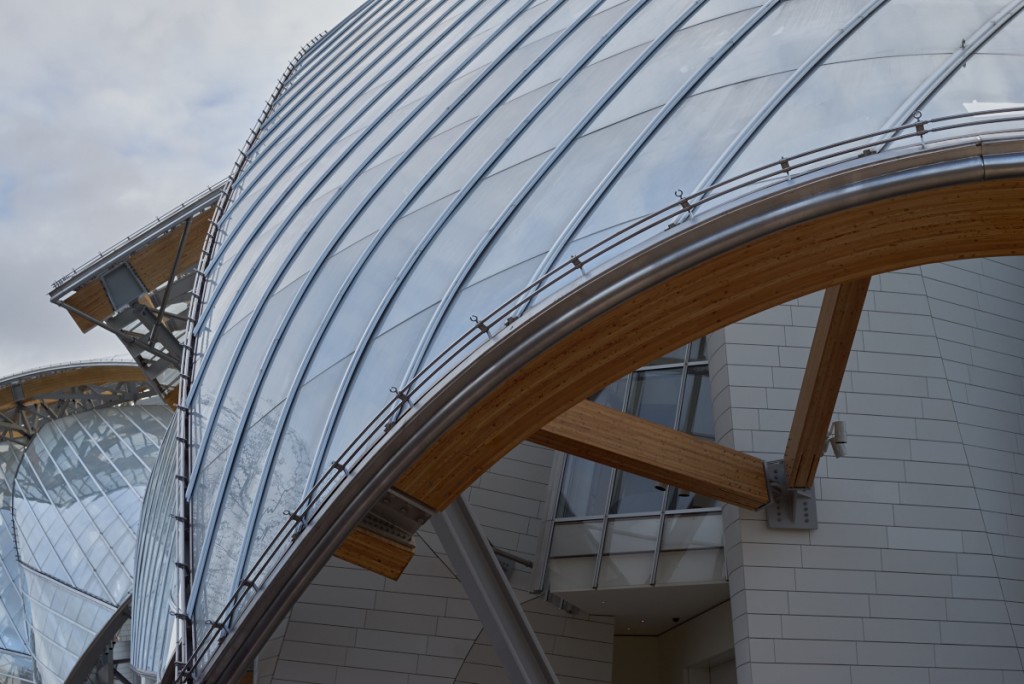 Now here is the same RAW processed in LightRoom.  Picture n°1 is the RAW without any processing, and n°2 the same with maximum highlight recovery. Interpretation of that needs to keep in mind that LR could have more or less recovery, and that wouldn’t necessarily be better or worse than C1. What matters is what impact that has both on highlights, and on the rest of the picture. 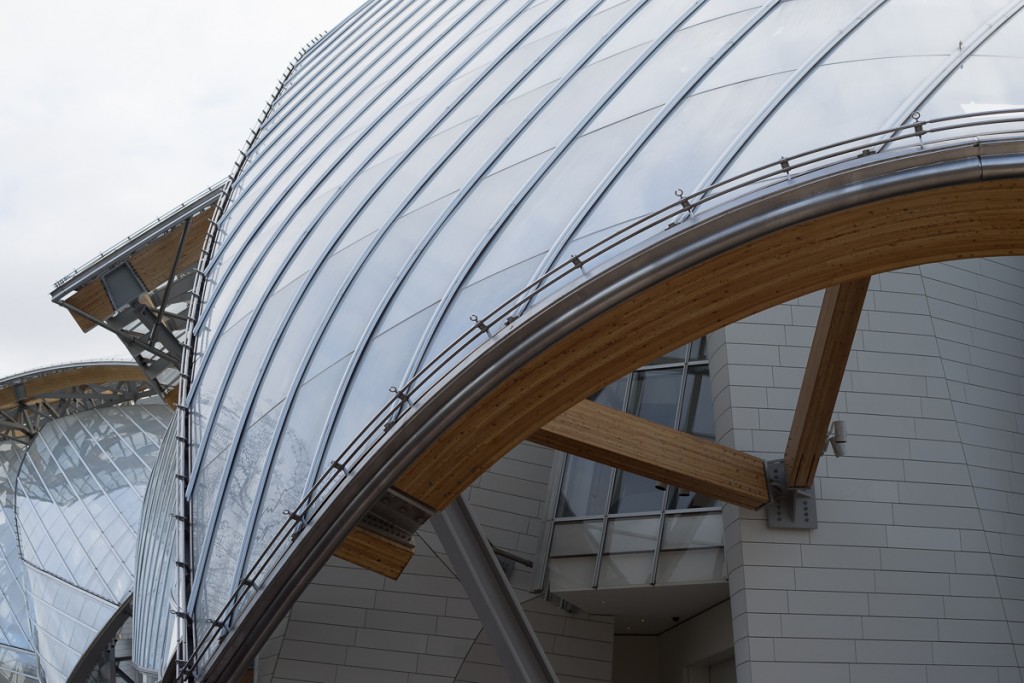 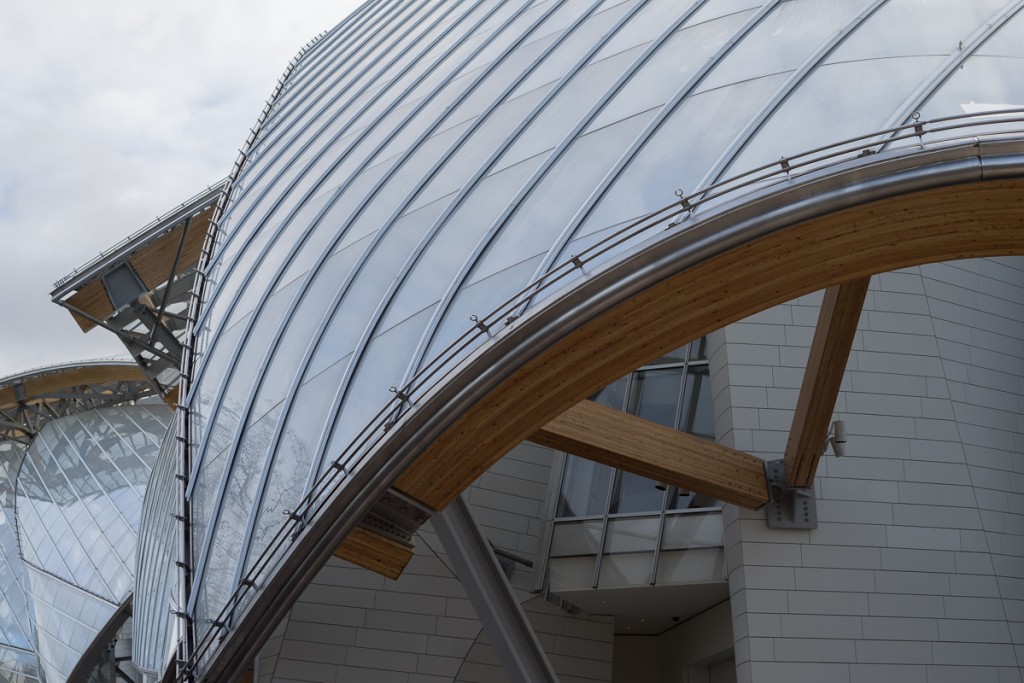 Now one more series. 3 pictures, each processed with its software, based on each software’s capability. So the processing is not the same, because the software isn’t. First, C1 v7, then C1 v8, then LightRoom 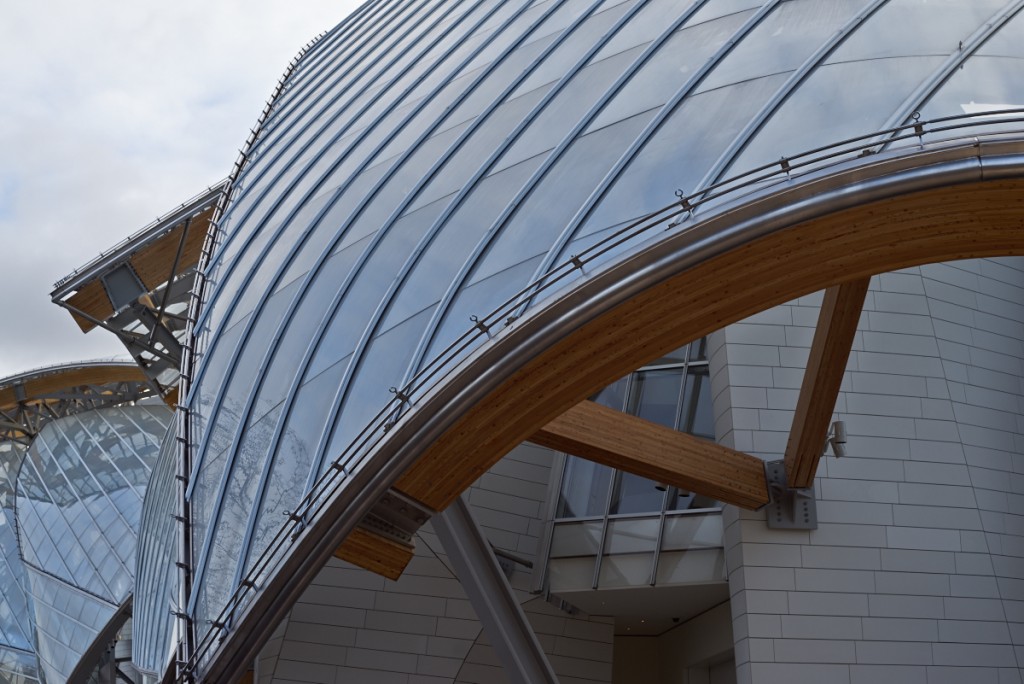 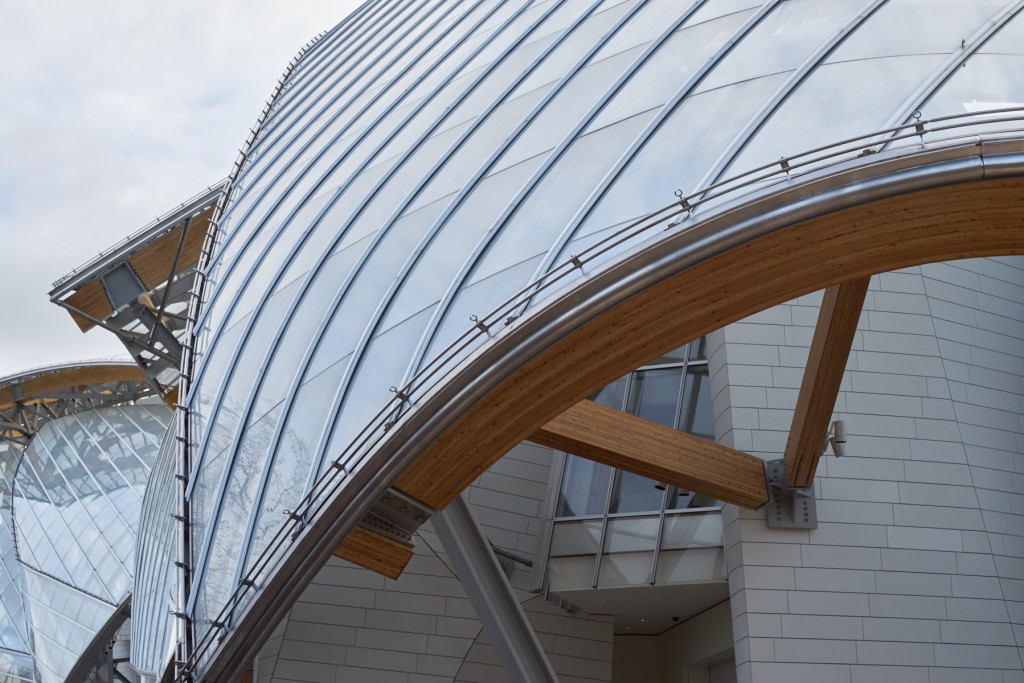 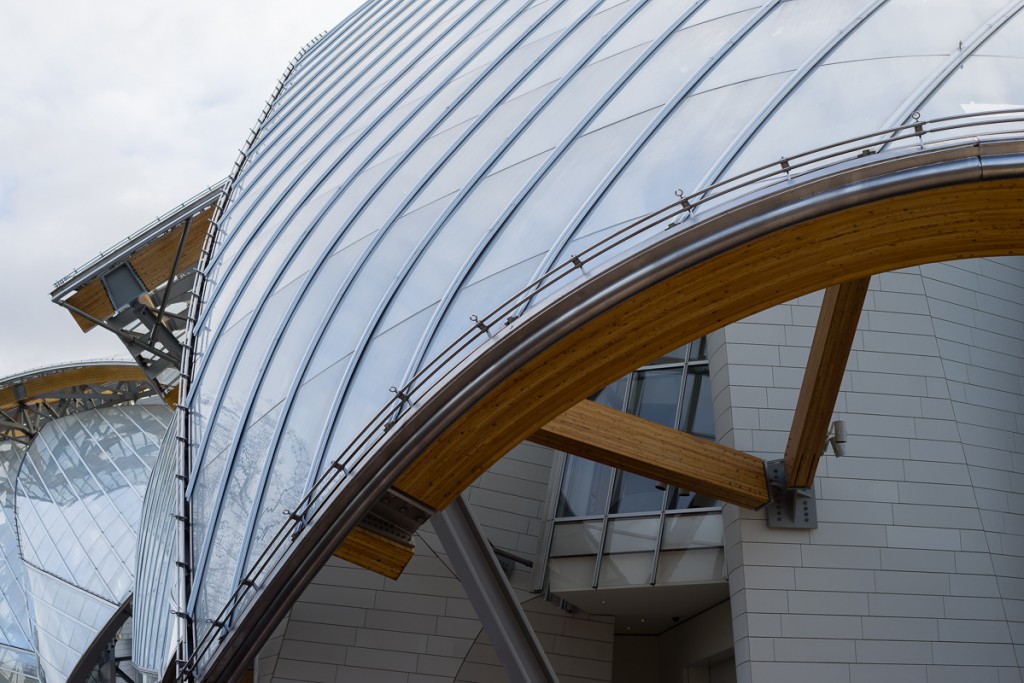 If you compare them, you see that, in order to get some “life” from the burnt-out clouds, I need to darken the picture with C1 v7 and LightRoom, to the extent that, in LightRoom, the corridor in the bottom center is almost totally dark. And if I then pull up the shadows, the overall impact is negative because the lower contrast makes the picture less “alive”. For my taste, C1 v8 gives me the lightness and warmth I like without resulting in burnt-out, informationless clouds

Now I have refrained from passing judgement on what is “better”, because that may be a function of our sensitivities and priorities. Besides, methinks you are able to make up your own minds, and decide for yourselves. I may be able to help by showing the result of certain tests, but you don’t need to be told what to think and choose. So, friends again?

Oh, and because you have suffered enough through this post, a couple of other pictures from this Frank-Gehry-designed Louis Vuitton Foundation 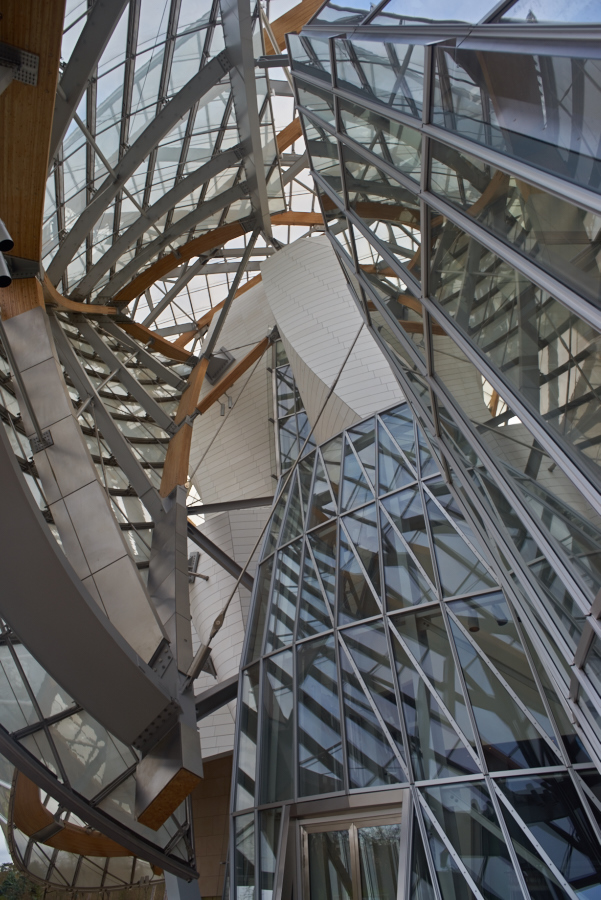 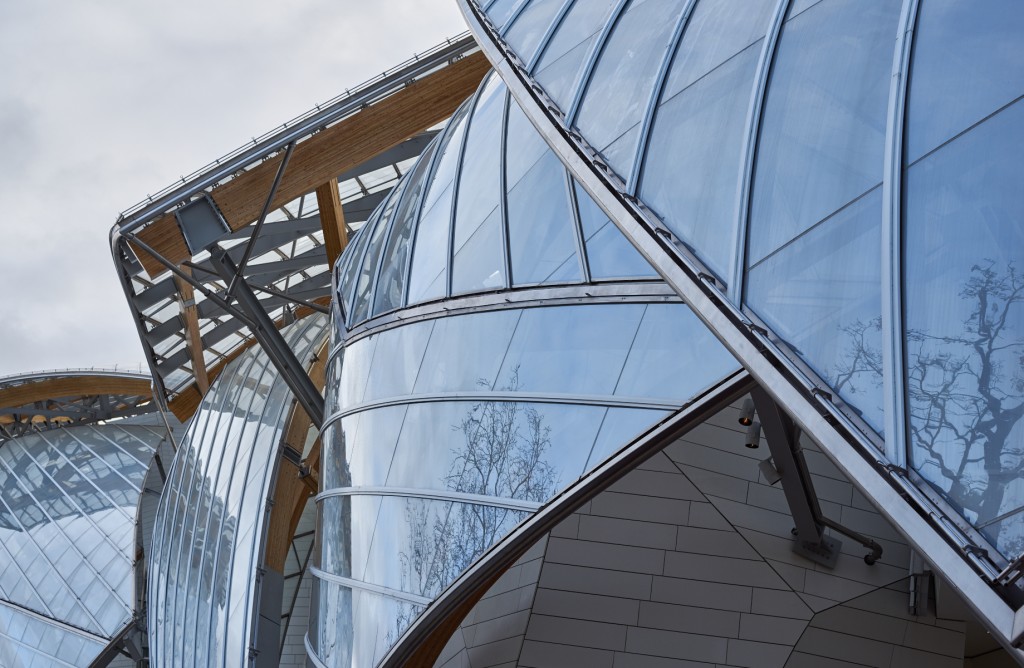