The Fuji’s frame counter now reads 109. This week’s wind – quite normal for the region at this time of year – has been hammering away making trying to do pretty much anything outside a bit of a challenge.

So, I’ve not had the practice with the X100 I’d hoped for – especially as it’s camera choice no.1 for the overseas trip that starts on Monday. What I have managed to shoot has however, produced several images worthy of posting on Flickr and 500px, but I’m about to run out of those.

During the hiatus, I’ve been working at my Lightroom skills and still don’t like it much. I have found out how to make SilverEFX Pro work and downloaded yet another of Adobe’s eagerly trumpeted and seemingly endless updates. The first is critical and the fact that it is unsupported will probably stop me migrating to Capture 1 rather than LR. The second is just a complete PITA.

I still haven’t found a decent uploader for either Flickr, or 500px, which continues to colour my judgement somewhat.

I had to go into Cape Town on Thursday (I live about 70km outside the city) to meet a friend. Beset with a post-NGA itch that calamine wouldn’t still, I left home a couple of hours early and walked the somewhat less windy streets of the Mother City to give the X100T a bit more of a workout.

In between watching the magnificent weather and 60km/h wind blowing ocean spray past the window, I had started on the X100’s manual. As an inveterate aperture priority shooter, I’d ignored Auto ISO on all my cameras up until now. With early winter in the northern hemisphere just a few days away and uncertain conditions ahead, this now seemed a good place to do some experimenting. I set ISO max at 800 and a minimum shutter speed of 1/125 – Cape Town is very bright in full sun and it’s a simple change to set up another profile for ISO 3200 or higher before I leave for overseas. With those settings and the entirely silent electronic shutter, I reckoned I’d be well set.

Which I turned out to be. And the pictures?

In a word; brilliant. the Fuji’s RAW files render really well on screen and despite my dislike and clumsiness of Lightroom, have to admit that the combination delivers really satisfying, saturated images and excellent b/w conversion (using the aforementioned SilverEFX Pro). I’ll try printing when I get back.

Let me walk through a couple here: 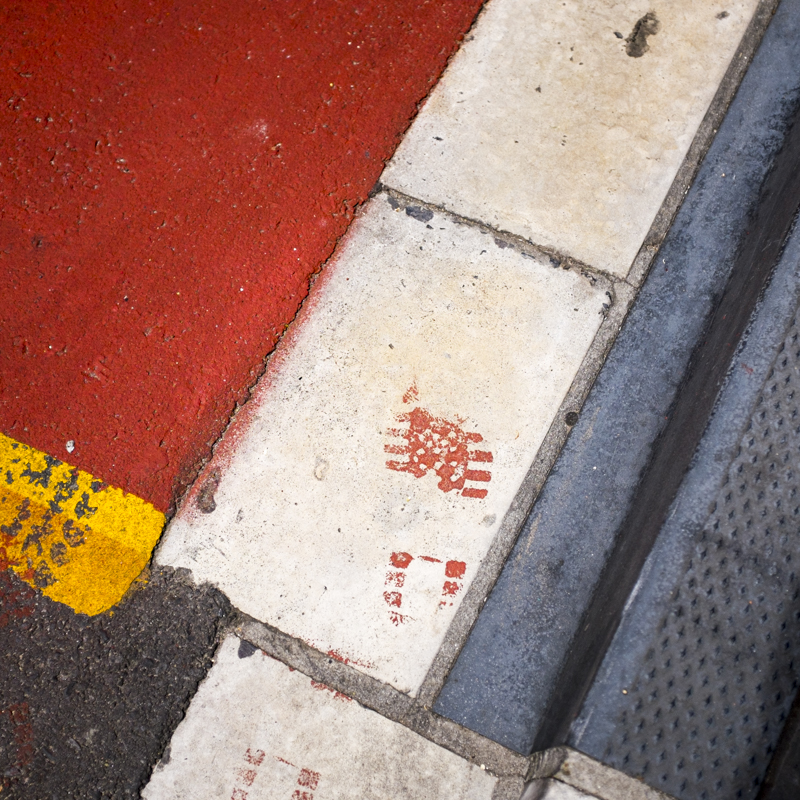 The perfect boot print – I think this is a great illustration of the Fuji’s ability to render colour, contrast and the absurd. The colours show up really well, to which I added a bit of additional saturation in the reds. The black paint on the kerb stone has a blue hue, which is correct – it’s the reflection of the incredibly blue sky overhead. And that perfect boot print… 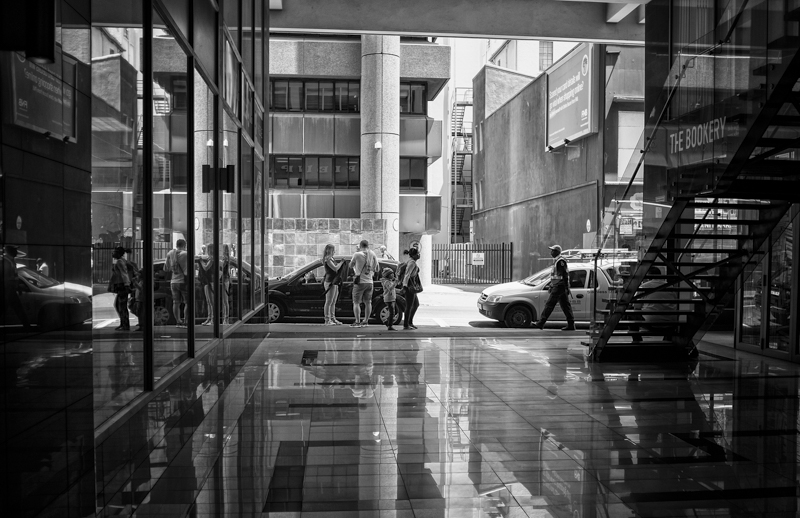 The Marble Halls of Plein Street

The Marble Halls of Plein Street – I would guess this tested the Fuji’s dynamic range to the max. From the brightest of daylight reflected off the walls above the fire escape across the road, to the dark corners and shadows inside the entrance hall, I’d say that this was the sternest test I’d found to date and the X100 passed it with flying colours. The SilverEFX Pro conversion just needed a bit of structure dialled in and a no.2 vignette. 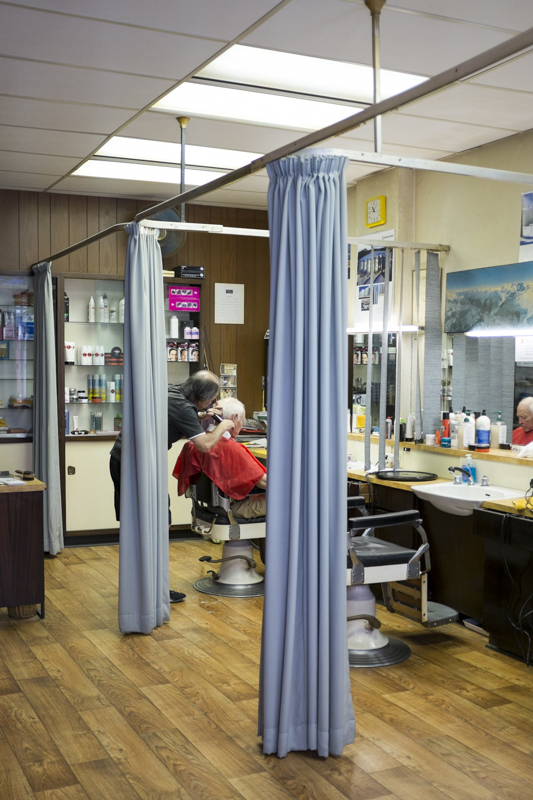 Haircut – almost completely as it came out of the camera. A tiny curves edit and a dab of Clarity. The Fuji seems to understand mixed lighting and made a single incredible exposure from both fluorescent and some daylight.

If there is a downside to this extraordinary camera, I’m finding my large hands an issue with the X100’s many rear panel buttons, but that’s not the camera’s problem and I will master those sooner or later. The LCD isn’t much use in Cape Town’s brilliant sunlight, but the viewfinder works perfectly, either in optical, or electronic mode.

I’m now pretty much packed. The Fuji will go into my backpack with the now relegated to backup NEX-7 (with a couple of lenses) and tomorrow, me ‘n Mrs P get the iron chicken first to Dubai and then on to Tokyo. I can’t wait…