Does an expensive camera grant your special rights on a subject? Is a pro more entitled to hog a scene than amateurs ? Should you feel more justified in spending minutes on a selfie at a famous spot while a queue has formed behind you, simply because you have traveled halfway across the globe to get to it? Should you ignore the impatient sighs of other togs because you know you are a better photographer than them and are making better use of the precious conditions than they will with their careless snapshot?

Or should we all strive to get out of each other’s way?

A few days ago, we were blessed with glorious sunlight and superb autumn colours at Westonbirt arboretum in Tetbury, on the Western corner of England’s Cotswolds. 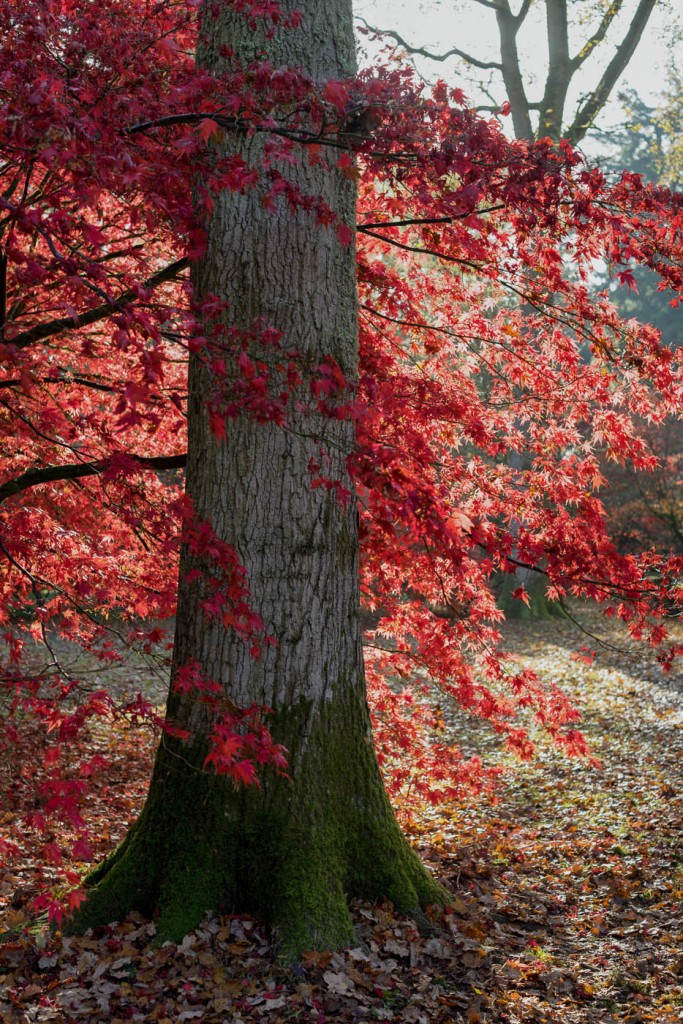 Our visit had been planned long in advance. We slept in the (very nice) nearby Priory Inn Hotel, who had booked tickets for us. We were up early and at the gates before opening time with our pre-paid tickets and first in the park for a good 10 minutes.

Conditions were blissful for the best part of an hour, leading to compositions such as this : 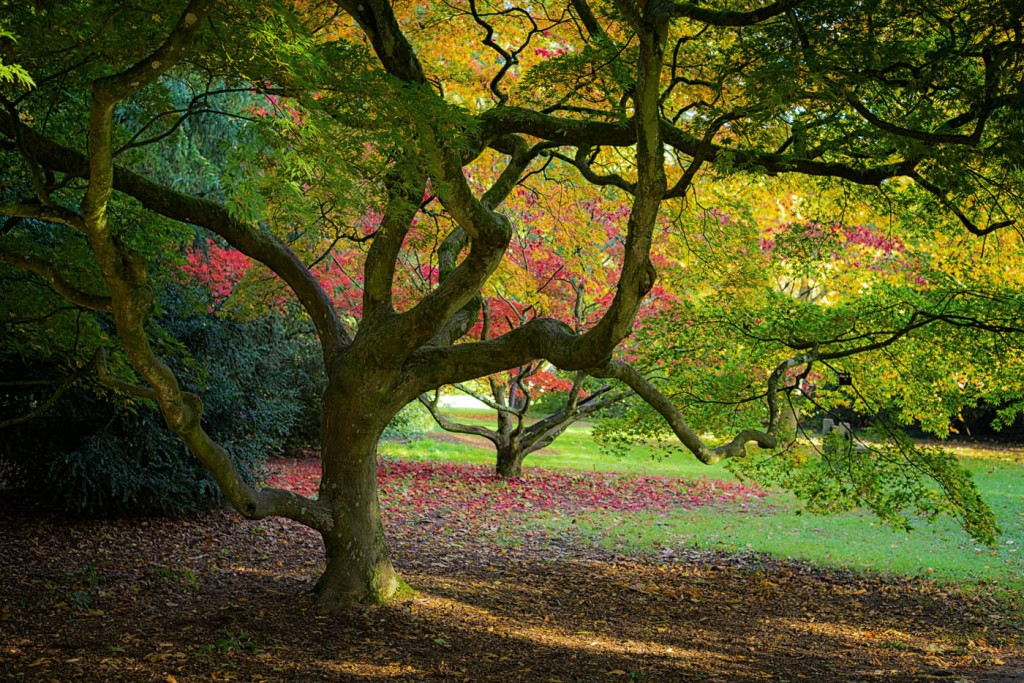 My Loxia 50/2 and A7r were singing in unison and not a soul was there to enter the frame uninvited. 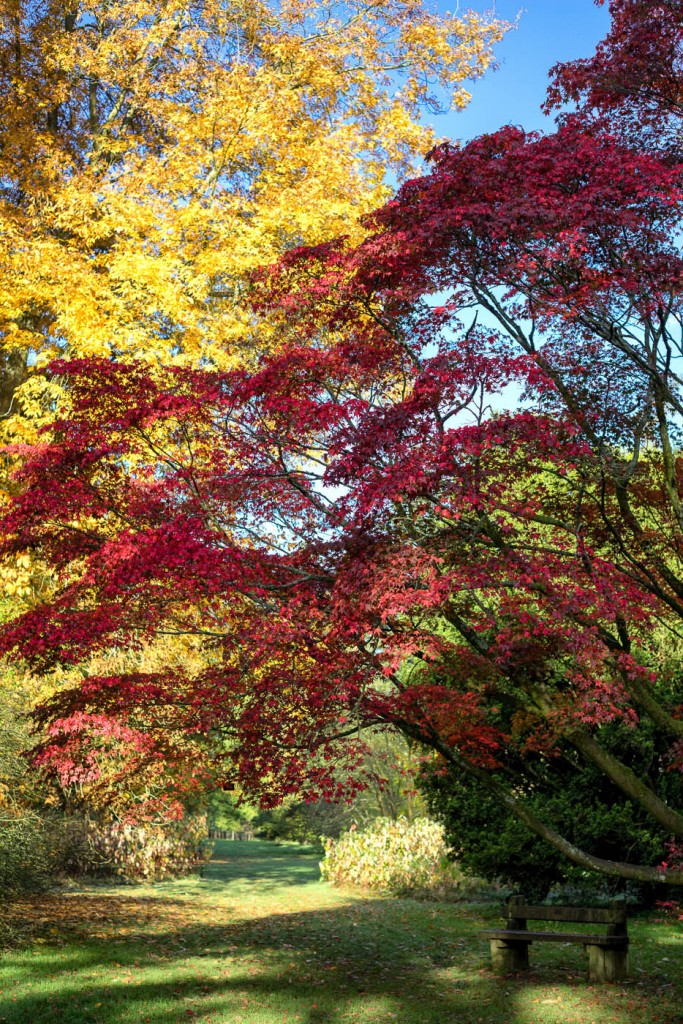 Obviously, this could not last. Westonbirt arboretum receives a large portion of its visitors during the months of October and November, some traveling great distances to witness the great trees and spectacular autumn colours.

So, scenes such as this : 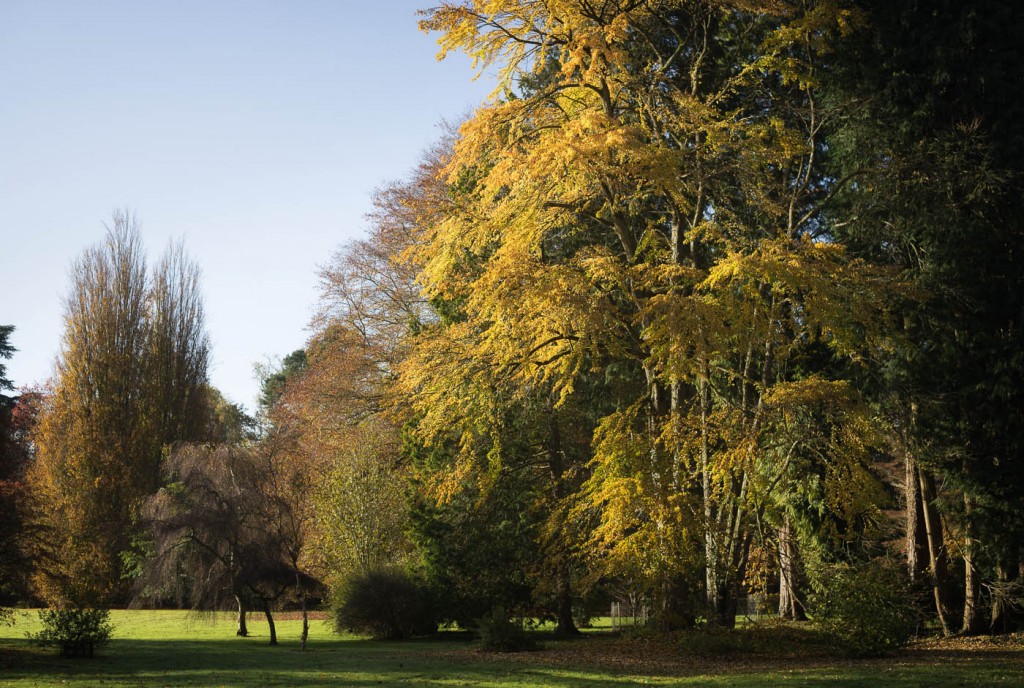 inevitably morfed into scenes such as that : 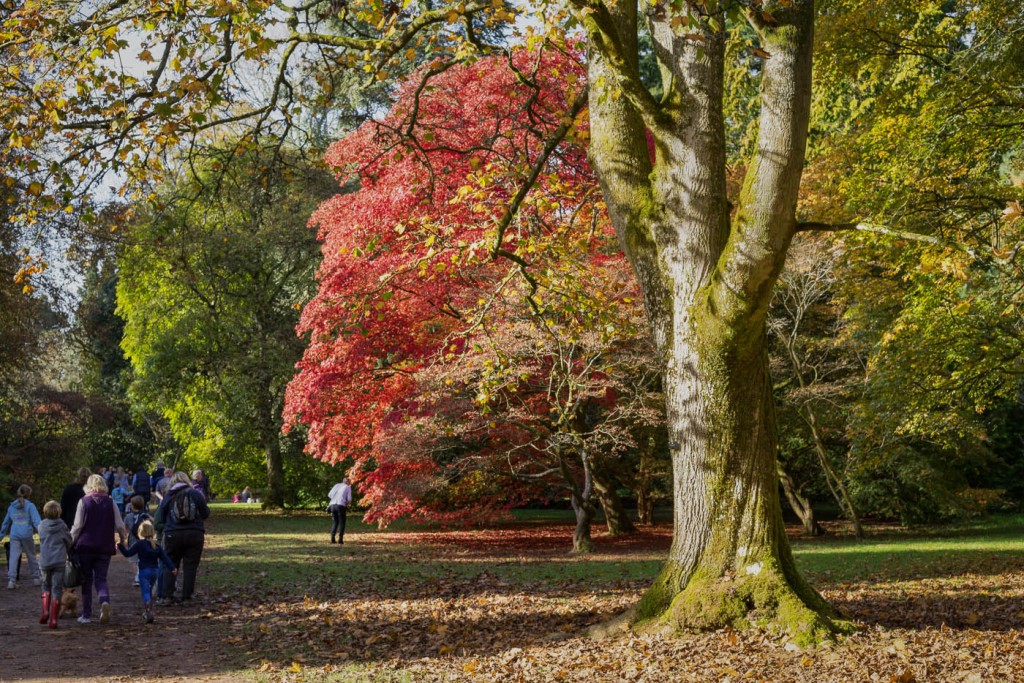 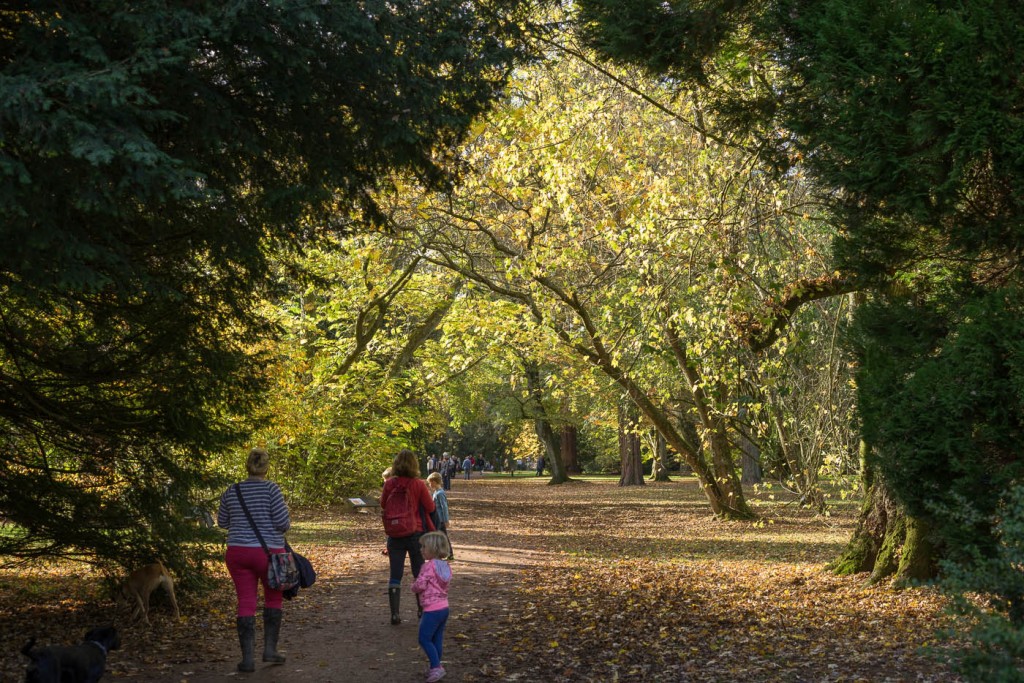 And who could blame families for enjoying a glorious Indian summer day in such a setting?

Certainly not me. And, while children running around weren’t making my photo efforts any simpler, it wasn’t them that spoiled the fun. Or their cute dogs.

Other photographers, on the other hand … 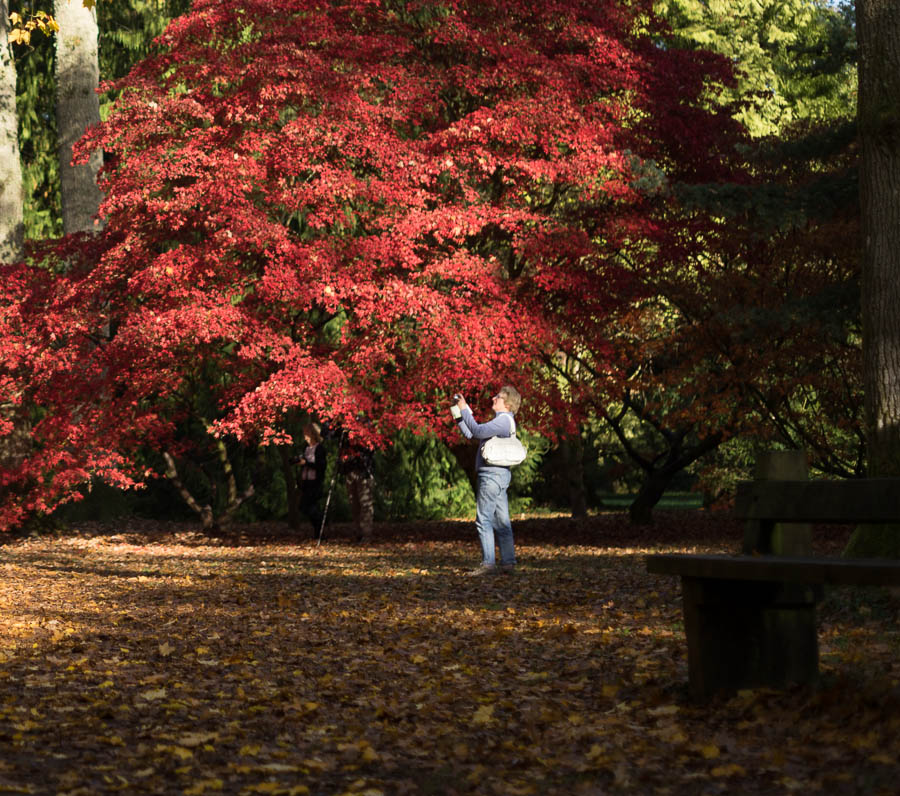 3 togs and a tree

This is when the fun starts to go downhill. We photographers (myself included) find pride in good pictures and derive frustration from obstructions and missed opportunities. To the point we become oblivious to the people around us.

If my recent week in the Cotswold and 30+ years of photography before that are anything to judge by, normal people show incredible good will towards us crazies, waiting patiently for us to finish a shot before walking into the field and commenting politely on our efforts. But among picture grabbers, it’s tog eat tog. Or total ignorance, which may be worse.

1 hour after the arboretum’s opening time, camera toting sociopaths (myself included 😉 ) were everywhere in the park. Some crouching with hands extended in some weird gymnastic ritual, some contortioning to capture one of the day’s 702 852 379 selfies in the best possible manner, 20 times if needs be, others like me chasing about like drunken ferrets in search of interesting angles. Each entering one another’s fields of views with varying degrees of concern, respect and politeness.

It’s inevitable and to be expected. And not that bad. But one did push my red button a lot more than all the others. 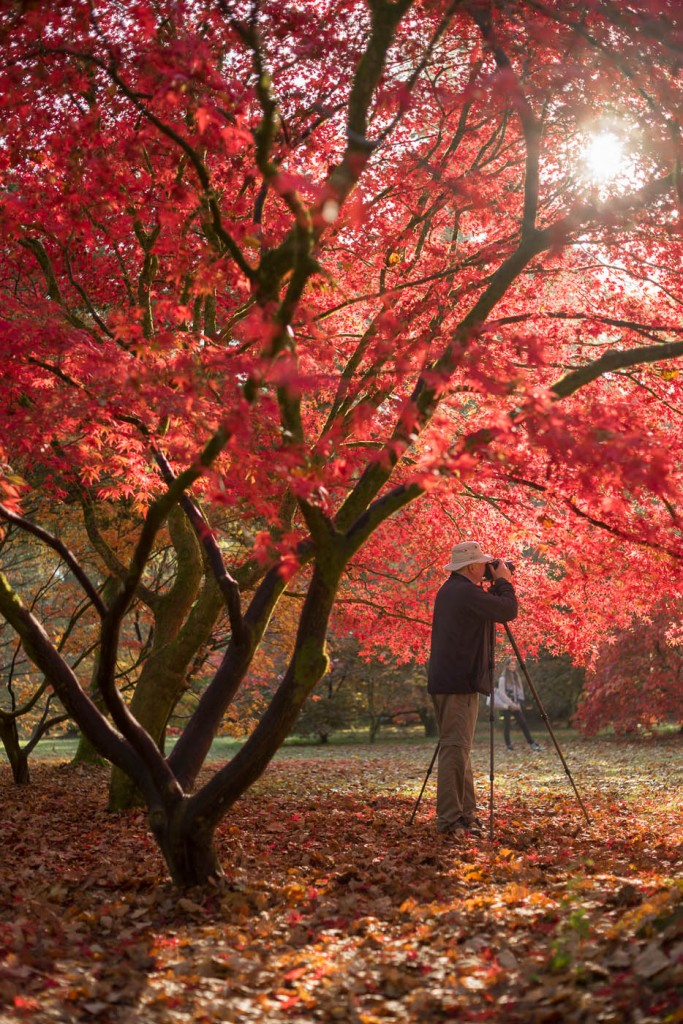 The tree and the tog

This gentleman turned up with what appears to be a lovely Pentax 645Z, dropped his heavy bag and set up camp beneath a sublime crimson maple.

After long minutes of waiting for him to finish his composition, it became apparent he didn’t give a [….] about others wishing to use the area for photon capture. Maybe he was waiting for the perfect light (though, with a relatively slow-moving light-source and not a could in the sky, this does seem unlikely). Maybe he was practising some exotic meditation. Maybe the Pentax 645z has an even worse AF than my Sony A7r (also unlikely) and he was struggling. In any case, the man became a statue.

And why not? After all, technically, and in spite of my provocative title, the poor bloke was doing nothing wrong. And the fact that he had become visual obstruction in what is arguably the most prized photo property in the old arboretum shouldn’t affect me more than a bench or bin placed in the same location.

What do you do in such conditions? Get mad, or make the most of it and use him, the sun and passers-by, as subject? I opted for the latter, fighting the reptilian part of my brain hissing for revenge. 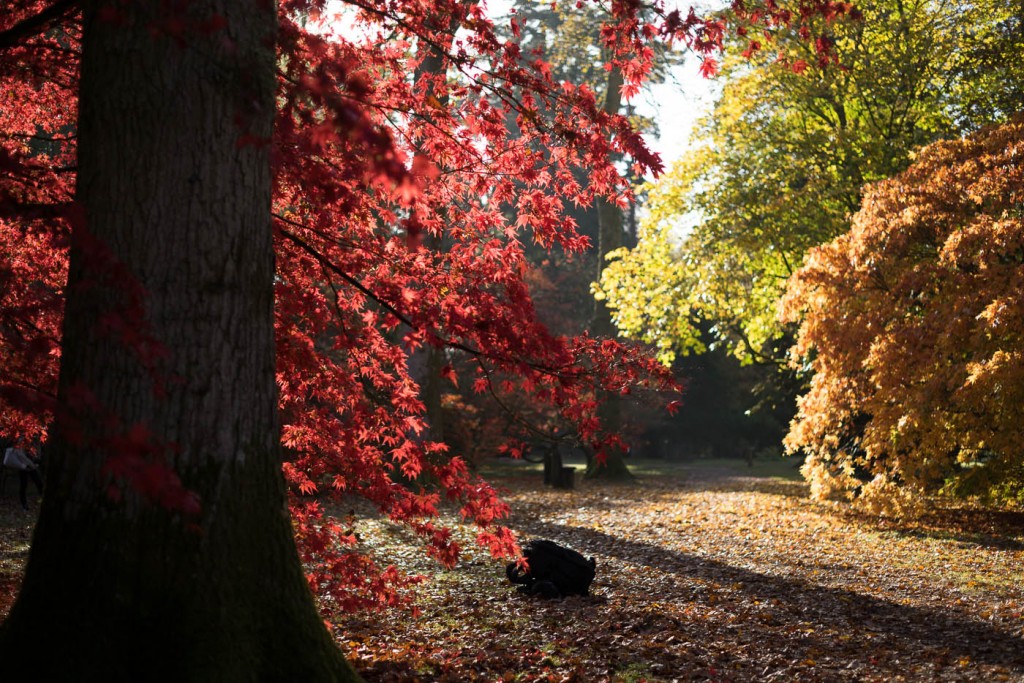 A bag out of place

But that’s only half the story, as statue-man had ditched a humungoulsy large bag right in the middle of the scenery as if to further assert his ignorance of mere mortals. Or simply out of honest absent-mindedness. We all do it.

The fun attitude would have been to hide the bag in the hope of inducing a few seconds of panic in petty retaliation, but I un-humorously elected to head away and search for another hunting ground with less intimidating alpha males to fight for exotic leaf hues.

I returned to the hotel in the evening, asking myself how many people I’d pissed off in the same way over the years and what simples rules of ethics thumb we should conscientiously try to apply to make sure we don’t ruin someone else’s fun and vice versa. Any thoughts? How do you mix with other photographers in the field?

PS: If you’re the statue, please share your picture with us. I’ve been trying to visualize your result: in focus red leaves with OOF yellow and green background? I’d love to hear from you.

Previous Post #292. The Police Station at Noup Next Post #294. Less is More – A Personal Wishlist for Sony