If you use Google Maps to find Noup, you might be lucky enough to see a tiny dot on the satellite view, about 15 kilometres north(ish) of Koignaas in the Northern Cape.

Six hundred kilometres from Cape Town and even farther away from Johannesburg, the area is arid, semi-desert and a rugged Atlantic coastline.

Not much going on then?

Today no. A hundred years ago, diamonds were discovered here. Washed down from various geological pipes upcountry, by aeons of flood and river activity. This is where De Beers made its name, stripping the soil from the coast and literally, vacuuming the sea bed, right up until just a couple of years ago.

Through all those decades, the company is reputed to have easily surpassed its mandate of recovering 1,000,000 carats annually.

Predictably, the area was closed to the public all that time and, while there weren’t gem quality stones actually lying around on the beach, a little knowledge and some illicit digging could easily yield a tidy profit.

Which explains why a Police station was built at Noup. From here the entire area (60-odd kilometres north to south and several kilometres east-west) was patrolled on foot, horse and later, with a fleet of South Africa’s ubiquitous bakkie – the locally made and almost indestructible pickup truck.

The climate is tough; inland is the scrub of semi-desert, where rainfall rarely exceeds 70mm a year and temperatures climb into the high-30s most days. On the coastal strip, the South Atlantic pounds ashore – it can be extremely pleasant at dawn and by nine o’clock cold and windy. There is almost a guarantee of mist every day – only a photographer could see an upside in that. The few people still living here say that even Tupperware rusts on this coast.

Local entrepreneur and conservationist, Dudley Wessels and his wife, Aletta live in Koignaas and operate a tiny camp at Noup, where the cottages built for and added-to by some of De Beers’ deep sea divers have been modernised and offer a unique, ocean-front hideaway. The link above will take you to the Noup Web site – if that does’t convince you to make a visit here, I can’t imagine what will.

The coast between Koignaas and Kleinzee in the north is dotted with a number of shipwrecks – most having fallen prey to the South Atlantic’s frequent storms. For visitors with suitable 4×4 vehicles, Dudley organises day-long tours over the dunes to see some of these sunken ships, lots of wreckage and some unique views, all set in amongst Namaqualand’s extraordinary plant life, about which he is uniquely qualified to speak.

It was on one of these trips that I noticed the Police station and made a note to spend some time there before heading back to Cape Town.

It’s not a large building, but it is easy to imagine it as constantly busy, swept several times a day, whitewashed with shining brass handles and doorknobs.

That was then. This what it looks like on a misty, dull morning in 2014. 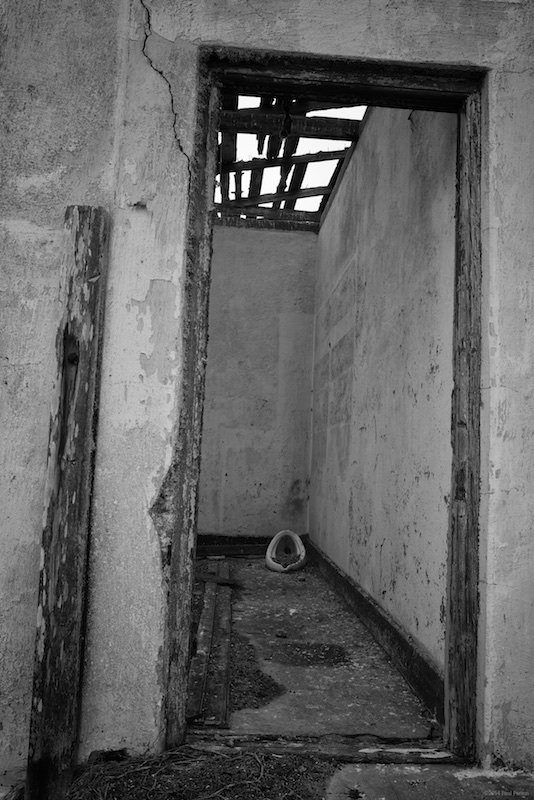 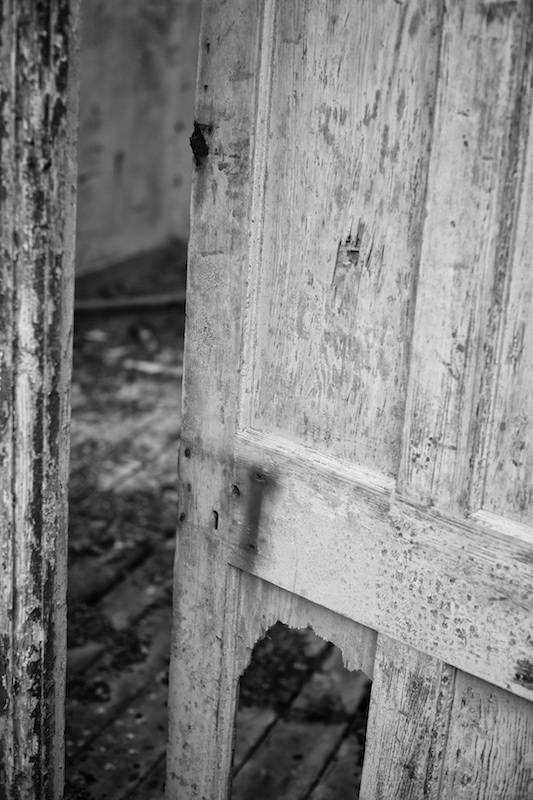 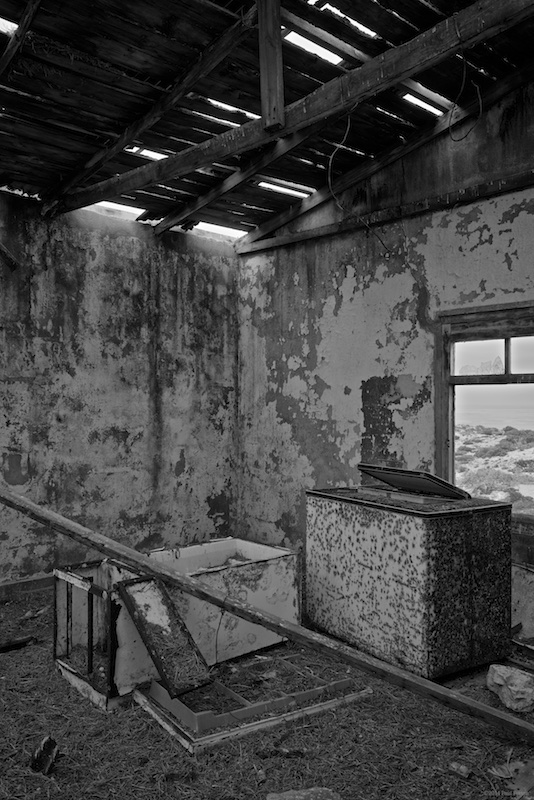 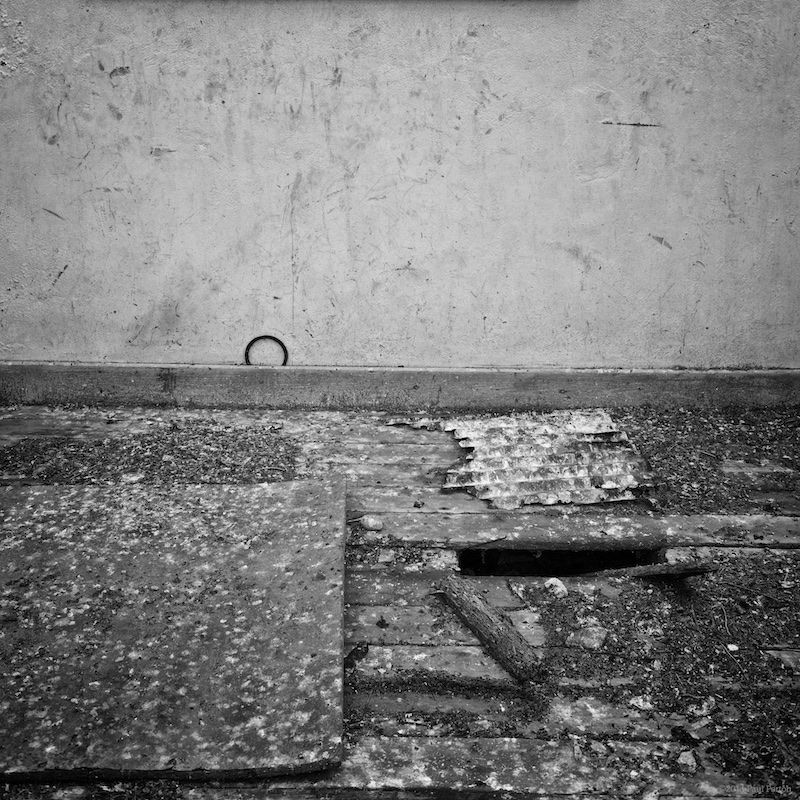 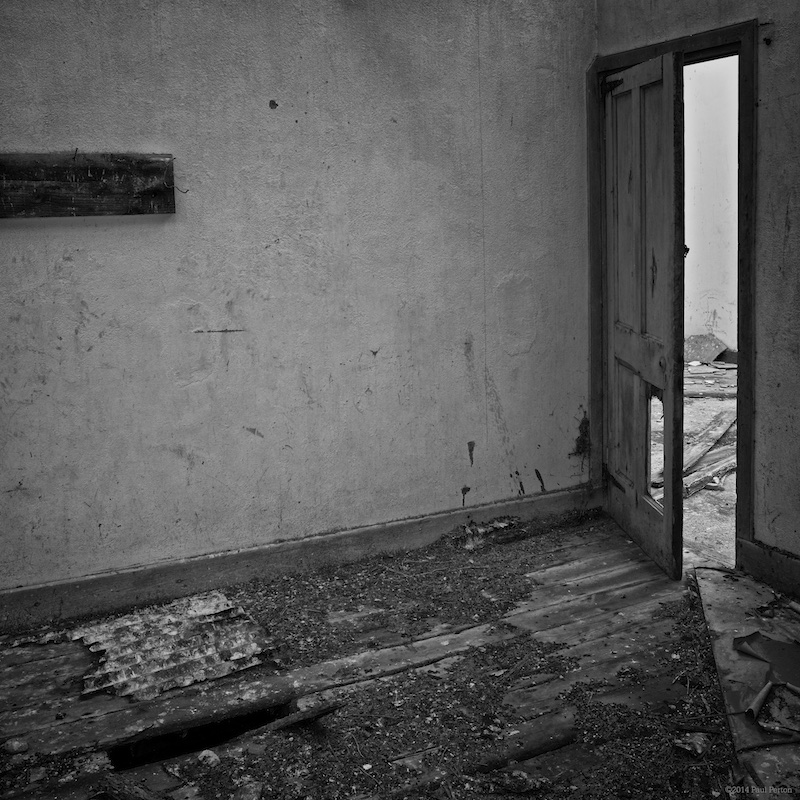