DearSusan readers are in for a treat: this is, to my knowledge, the first published review of the Zeiss Loxia 50mm f:2.0.

UPDATE : A second look at this lens and a comparison with the Sony / Zeiss FE 55/1.8 and Leica Summicron 50/2 has been published here.

Now, before I begin, I have a confession to make. I am a sucker for 50mm lenses. I remember walking away from my long-time favorite Zeiss 50mm ZE Planar f:1.4 with a guilt feeling, like I’d left my loyal dog behind at the Animal Pet Rescue shelter. While that lens had weaknesses, it just felt so “right”, both in terms of physical package and in terms of focal length that I used it almost without thinking. I would go out with just this lens mounted on my Canon 5DII and never feel like I was missing something. Until now, I could not find its successor on my Sony A7R.

No point in beating about the bush. I have found it it! The Loxia 50 is everything I hoped for in this respect. I am officially in love!

First the good news. The Loxia is (for me), just the right compromise in size and weight to balance perfectly on the A7. It is close to the length of the Sony-Zeiss FE 55 f:1.8, but, because its diameter is smaller, it looks and feels more compact. Second good news: a triumph of German engineering and Japanese precision manufacturing means that the lens cap actually stays on the lens when it is meant to, unlike previous Zeiss designs.

Two weaknesses though. One is that the lens cap (included in the price, unlike what was circulated at the time of the launch), is finicky. And when it is resting on the lens barrel, meaning not in use, it obscures the focusing ring, meaning one can’t use the lens…:-( The other one is that the aperture ring is thin, and located very close to the camera body, making it a bit tricky, especially for people with big hands and fat fingers.

Otherwise, the lens is very pleasant indeed to use. The all-metal construction feels very solid, the focusing ring is smooth, the aperture ring, with 1/3-click increments, works fine, and the focusing throw is, in my opinion, just perfect. That makes it a very easy lens to focus. It is also a rarity in that it is, so to speak, semi-electronic. Its operation is manual, but it does have electronic contacts, so it gives out EXIF data, a plus in my book, and when focusing, it moves straight to magnification, another plus.

So, overall, a very good package indeed. I would grade it a significantly classier than the Sony-Zeiss FE55, itself a premium lens, one small notch above the Touit, another great range of Zeiss lenses, but maybe just a small notch less than the Zeiss ZM, that have, in my opinion, a look and feel which is even a bit more refined. On the subject of look, the Loxia have a purple-blue-fuschia ring resting on the camera mount, the same colour as the background of the Zeiss logo. That ring, when the lens is mounted, offers a strange and unpleasant clash of colours with the copper ring on the Sony mount. Details, details…

A couple of examples wide open. On the scooter shot, focus is on the speedometer 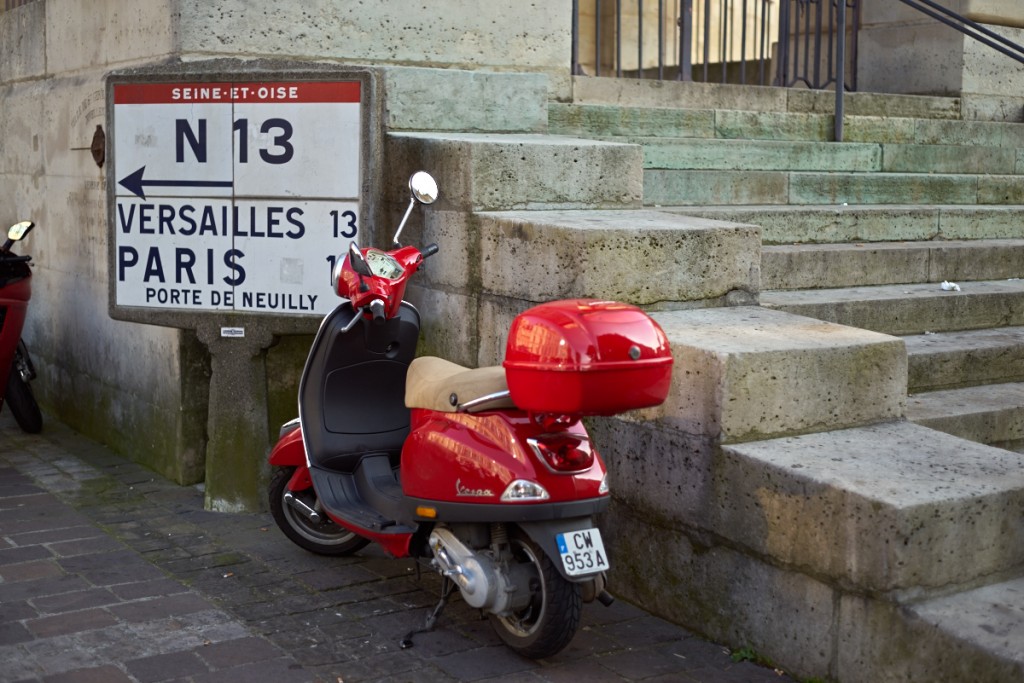 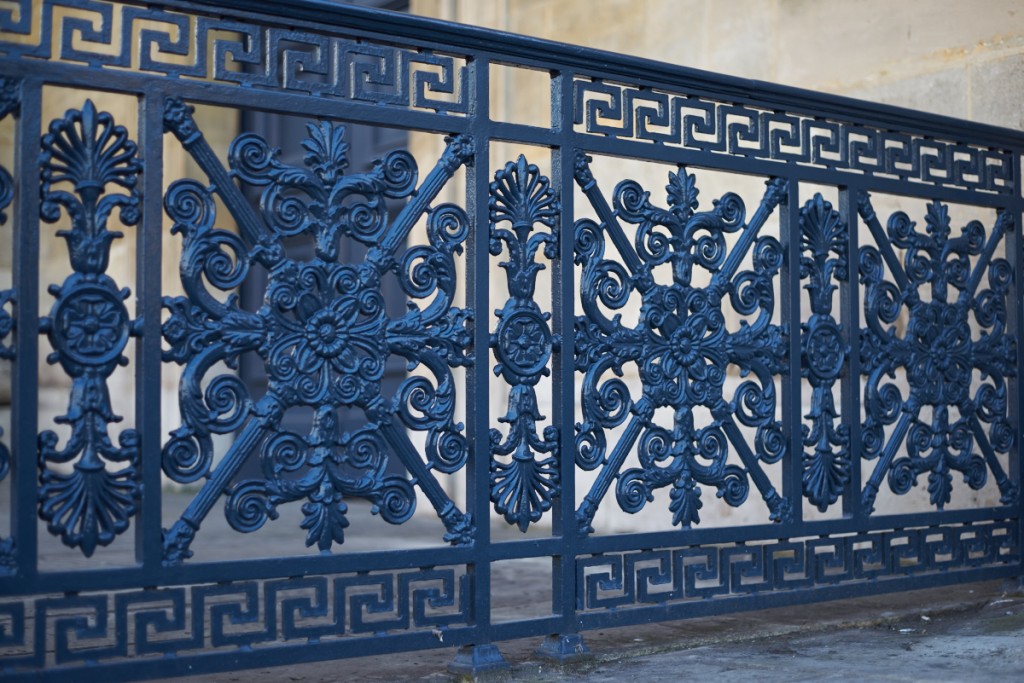 The Loxia is largely based on the Zeiss ZM 50 Planar f:2.0, an older (developped in film times) but very well liked lens. It is noted for beautiful colours, sharpness, and great transparency.

The basic design itself, the Planar construction, or double-Gauss, is noted for its simplicity (light, not over-expensive, letting lots of information through, but not totally perfectly corrected). Those familiar with the ZM 50 Planar will be neither surprised nor disappointed by the Loxia. It is not a spectacular lens, like a Makro when it comes to detail, or the FE55 when it comes to sharpness, but it just does everything so well. Colours are first rate. Detail is excellent, including at infinity. Sharpness is excellent.

Basically, it just disappeers, in that it never calls attention to itself. Rather than eliciting a “Whew, what a lens!”, it generates a “Nice shot!” comment. That, to me, is high praise indeed. Others may thing otherwise.

It does have some weaknesses, though. I noted 2, with one question mark. One is more CA (colour aberration, the purple fringing type) than I would like. Of course it is easy to remove in PP, and cleans up well, but we’d all rather it weren’t there.

The other one answers the dreaded question: how well does it mate to the demanding A7R? The answer is that, at infinity and wide open (the most demanding condition), the corners aren’t totally sharp, and you get a hint of mush. Now what lens is really perfect under these conditions, short of the Otus, especially with a 36Mp camera? And how often does one shoot wide open at infinity? But we’d also prefer if this weren’t the case, wouldn’t we?

Whereas the Loxia has some areas in which it really shines (its “3D” rendering is first-class, as befits a Zeiss lens, and is much better than the FE55 in this respect), its colours are smashing, it also has a couple which without being weaknesses are not strengths either.

Its sweet spot is between f:2.8 and f:4.0. Wide open, sharpness drop-off is not that severe, not more than the FE55, which is well respected in this area. Performance improves at f:2.8, a bit more by f:3.2, and just a shade more by f:4.0. At f:5.6 it tends to get just a bit less warm and a bit more clinical. That is fine for a 50mm lens, often used at short-to-medium range and fairly open.

Here are two shots to show bokeh, both in front and behind. One shot is focused ont he closest right-hand seat, the other on the third-row one. 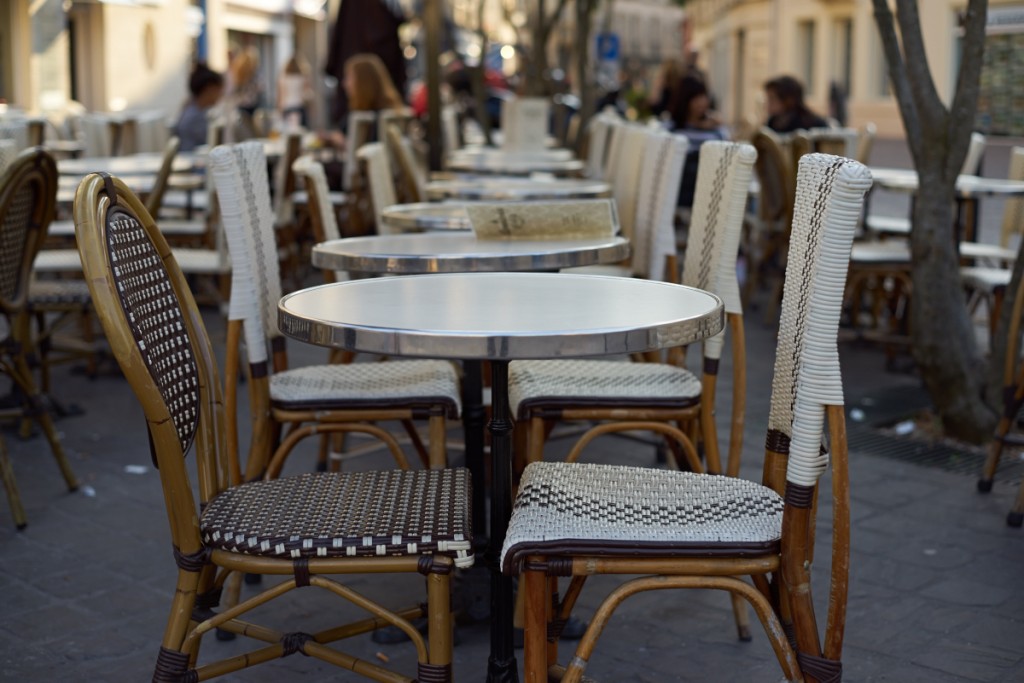 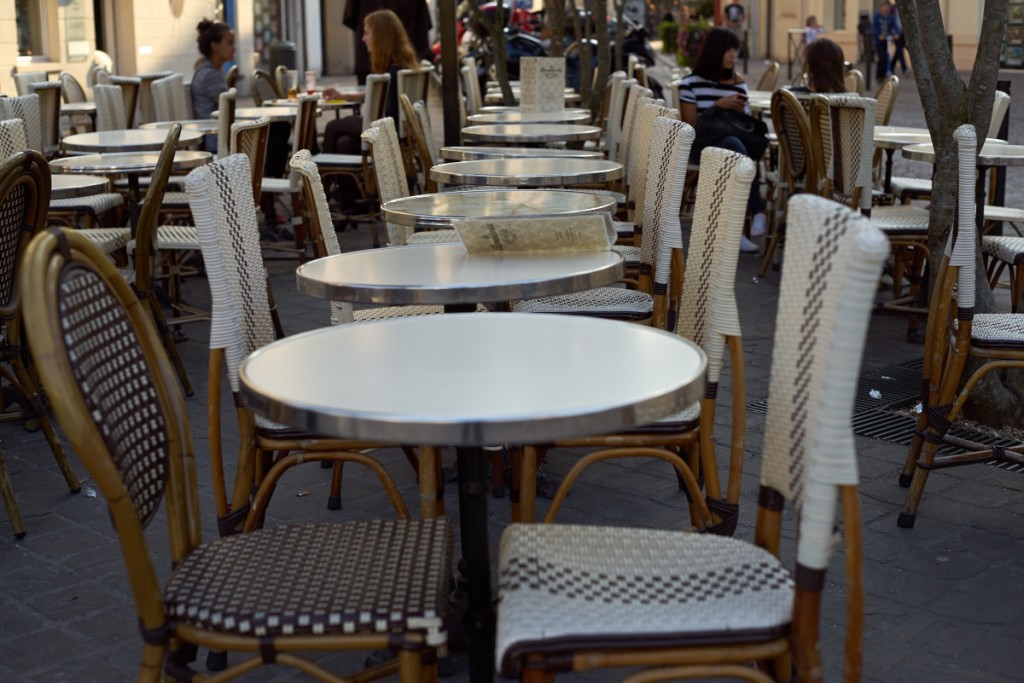 From a classic construction, and a classic predecessor, the ZM 50 Planar, Zeiss have released what will undoubtedly in my mind become a mainstay for A7 owners who are into MF.

A good physical package, easy to use, with a classy feel, delivering superb IQ at a price which, while premium, is not a luxury. Zeiss have done it again! If I had to find a lens to which it relates, it would have to be the Leica 75mm M APO Summicron. It also has a way of “getting out of the way”. Slightly sharper than the Zeiss, but with less punchy colours, and a more clinical rendering. Calling the Loxia a “mini-APO Summicron” is in my view a big compliment, particularly in view of the price difference, and one which will IMHO annoy both Leica and Zeiss.

Now, if only we could have more Loxia announced, included a much awaited wide angle. My money is that we will get a Loxia version of the great ZM 18mm Distagon f:4.0. Boy that would/will be some lens! Until then, my 50 will be my go-to take-anywhere shoot-anything lens, and my FE55 needs a new home.

One shot wide open with distant background, and another that shows close up performance 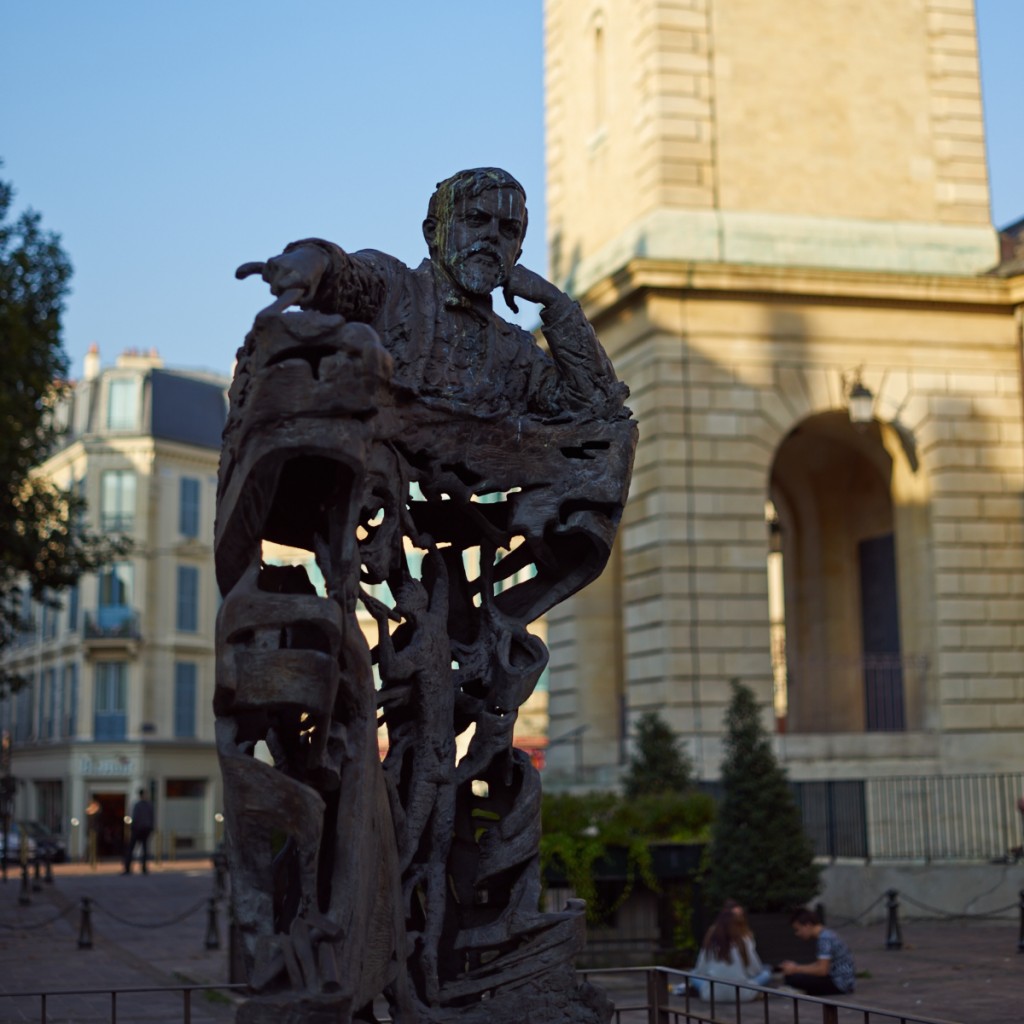 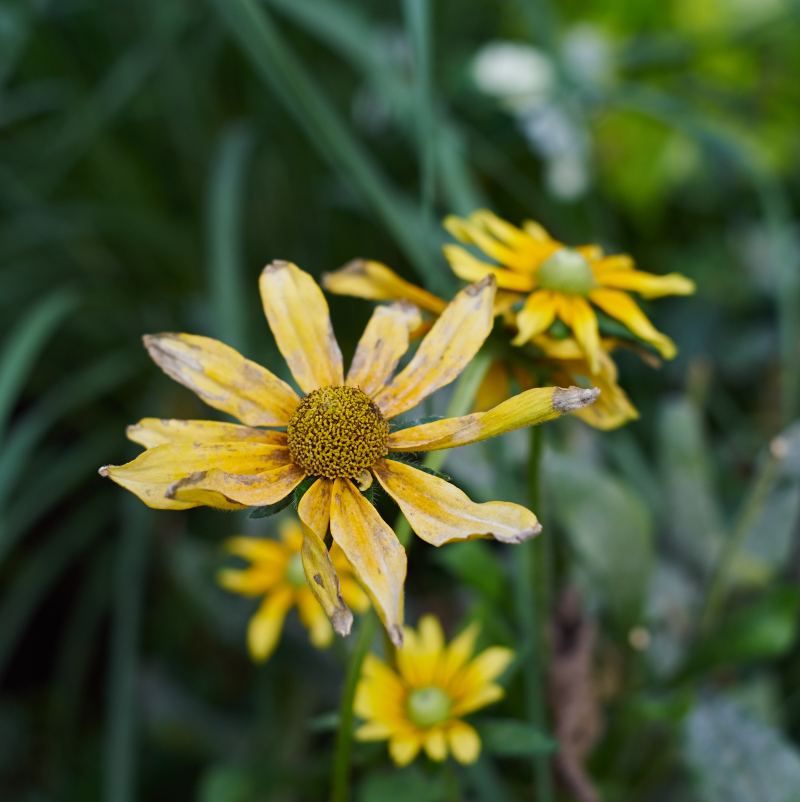