#268. A colourful evening in Marseilles

There are few urban photography experiences more pleasant than soaking up the last drops of sunlight on a summer evening in a Mediterranean city such as Marseilles. 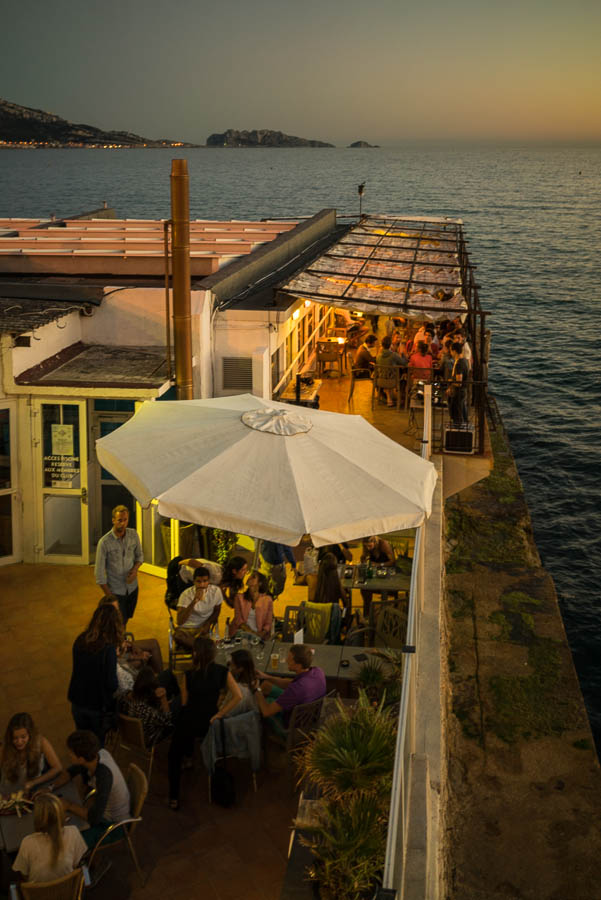 A pub with a view – Marseilles

Streets lighting-up as the shadow of the Earth rises above the horizon, cafés filling-up with happy life forms, bathers and fishermen returning to their homes with stories in their heads and vitamin-D in their skin. 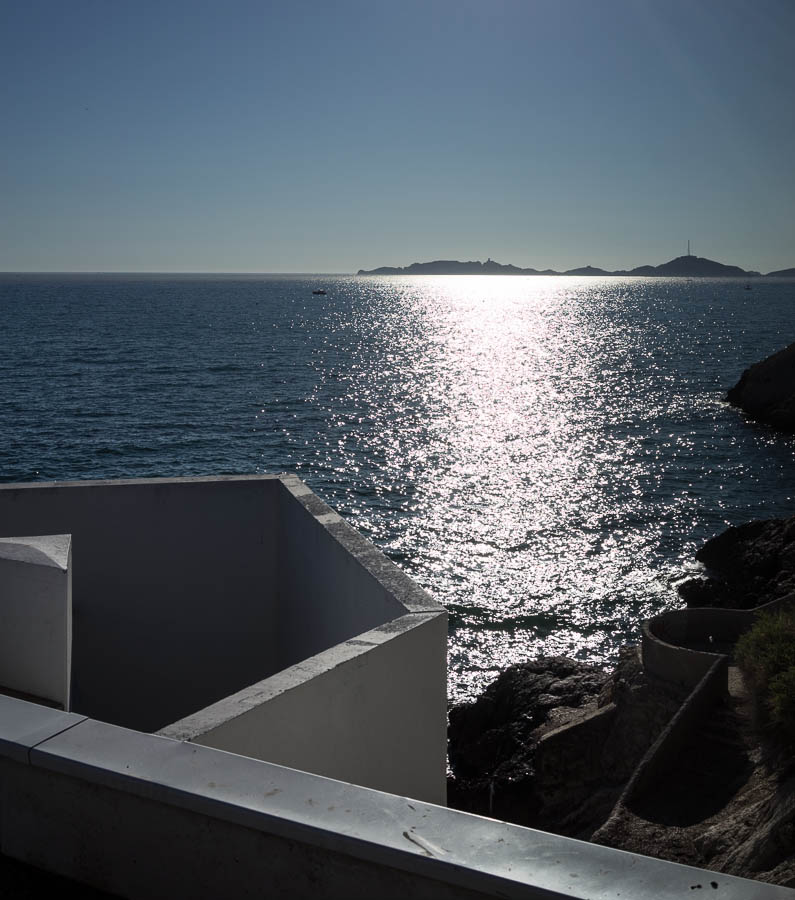 The Med and islands of Frioul from “La Corniche”

15 years ago, I probably would not have written those lines.

Back then, Marseilles had a shoddy personality that bordered on the sordid in many areas and suburbs. Always a port city with the excesses that come with the brand, it also showed the signs of harsh political choices and mafia wars. 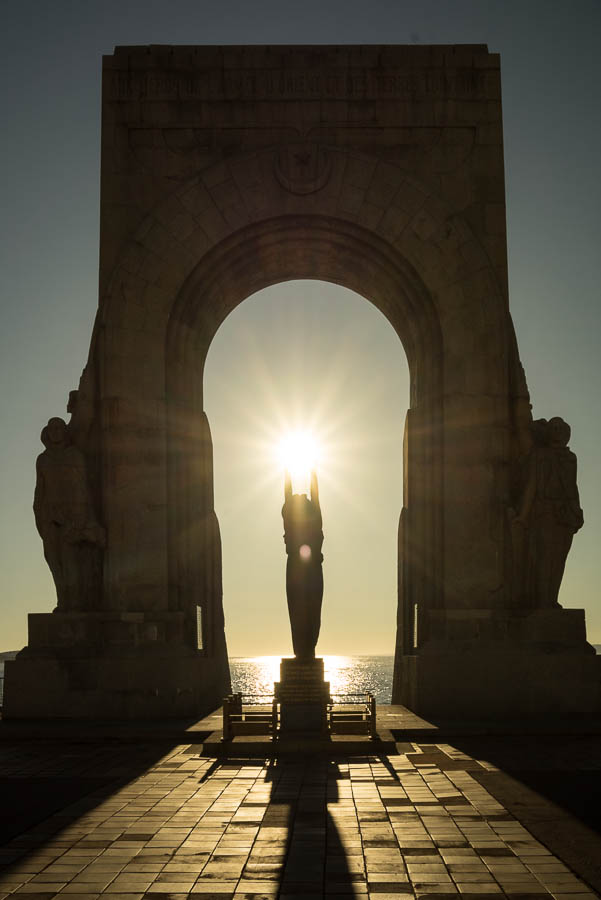 And while the latter survive, seemingly stronger than ever, with their weekly sprinkling of shootings and muggings, a severe bout of gentrification has dealt with the former in a way that may would call excessive.

What used to be docklands and ferry harbours is rapidly turning into a posh Southern version of the Champs-Elysées with ultra-clean house facades and lack of character for the rich-and-notorious to invest in.

But much of the city has retained its charm and it will take promoters a lot of effort to rid the more interesting places of its inhabitants, such is their love of their colourful houses and way of life.

The Vallon des Auffes, photographed above from an overlooking bridge at sunset, is one such area. A tiny urban fjord housing one of the best restaurant’s for Bouillabaisse (Fonfon), a small marina and the colourful fishermen houses now home to many families, it sits under the watchful eye of La Bonne Mère, as if untouched for decades. The opposite is true, as the impeccable paint-work will testify, but the timeless feeling of happiness is as strong as ever.

The port was used in one of the scenes of the film “The French Connection” (see what it looked like on the set) and, up to a few years ago, a 5 meter high portrait of local icon Zinedine Zidane was painted on a the city’s most famous wall, nearby. Standing on the bridge above the port, or sitting at the terrace at Fonfon, you can watch the sun go down on this very picturesque part of the “Corniche” (featured in one of the walks in the upcoming InSight: Marseilles, ebook). Highly recommended.

Below are 3 more photographs of the area at various stages of sunset on the same evening. It can be equally beautiful in winter, with a bitterly cold wind driving short choppy waves through the scenery. But there’s little to beat the balmy summer evening and the sight of thousands of people enjoying life in such a relaxing way. 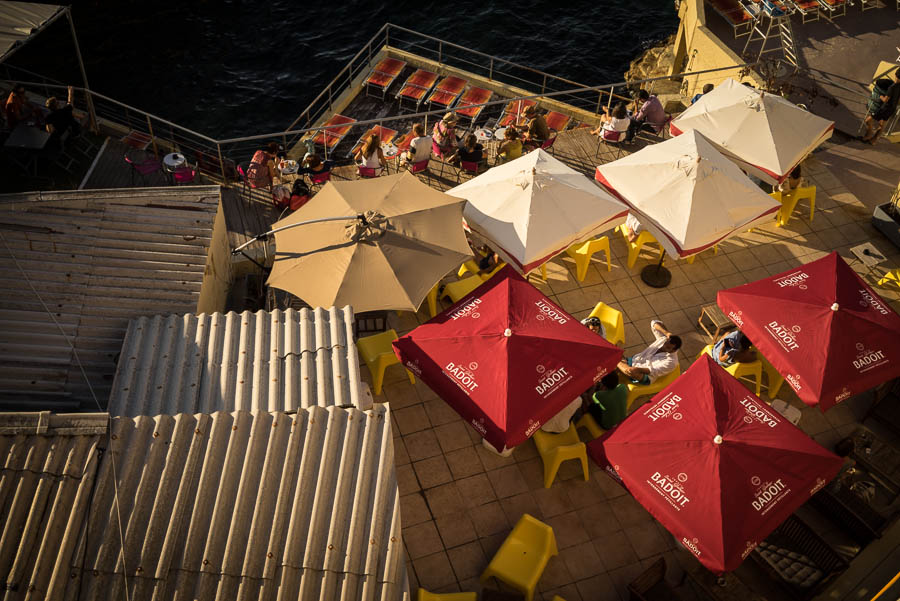 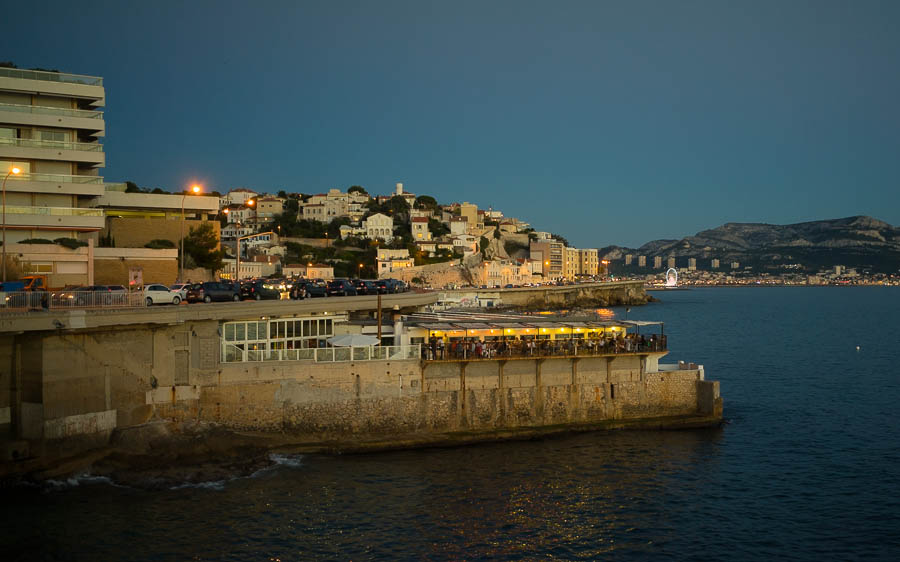 #1157. Provence winter sun. Careful what you wish for