Full of them, the Internet is. 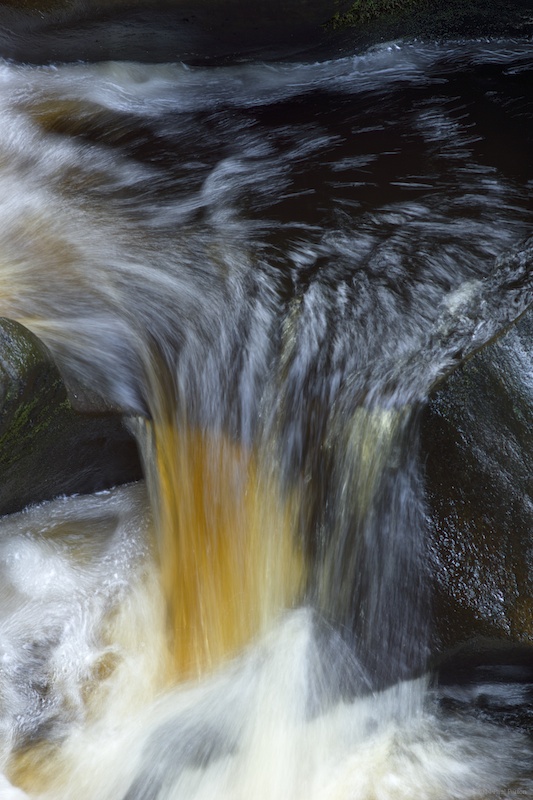 Even the ocean seems to respond well to a careful photographer.

Yeah, I know it’s all pretty straightforward, but several years shooting the ocean and local streams has given me a set of basics; simple rules that are a workable methodology to start with.

Rivers and streams can be photographed at almost any time. Bright sunshine isn’t your friend however – it’s almost impossible to get a long enough exposure, even at ISO 100 and f32. On those days and without a solid ND filter watery wonders won’t work. 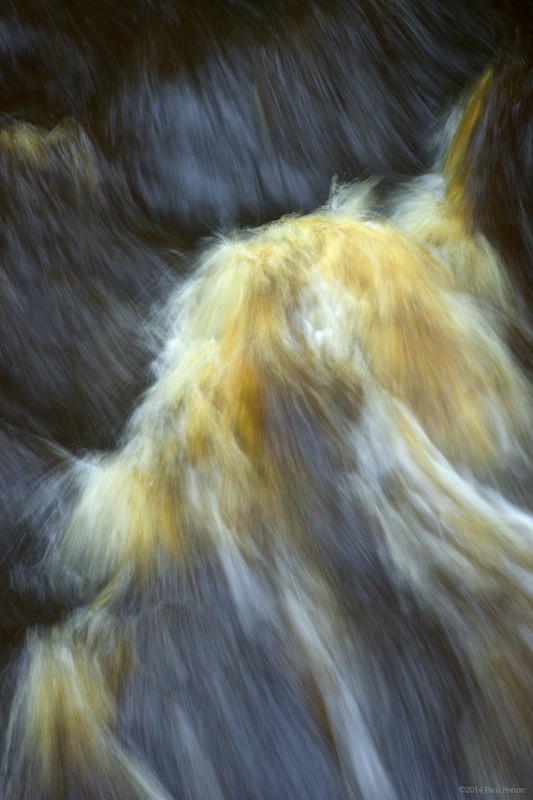 For rivers and streams, I try to find a spot on a bridge, or set up at the edge of a stream, or perhaps a large rock in the water. A tripod is necessary, but not critical if the camera can be braced. Don’t try to hand hold at anything less than a sixtieth or a second – despite dealing with blurred water, camera shake is a giveaway.

Having set up in the spot I want, I try to choose a lens that will fill the frame, giving me the maximum image area and no distractions to crop out. There are no hard and fast rules here. Just choose the focal length that will give you a frame filler and a camera that can shoot down to several seconds at your it’s smallest aperture.

Moving on. A reading from the camera’s light meter will tell me what a normal exposure might be – a good starting point, but I want to get that down low, low, low.

In rivers and streams, I try to get to around f8 at a thirtieth of a second at ISO 100. Although a wide(ish) aperture will give you decent enough image, a smaller aperture will ensure decent focus across the entire frame.

And, if you can’t get down to a thirtieth at ISO 100, stopping down further will perhaps help. I have a couple of lenses that stop down to f32 and have used them on the brightest of days. They do very nicely.

So. I’ve got an exposure that gives me the satiny, draggy image I want. From here, I try other apertures to see what effect they will deliver. Often, wider isn’t a solution (see below), while smaller apertures and longer exposures can often surprise as can be seen here.

Two minor things; first, too much enthusiasm leads to excessively long exposures with the result of the water losing its texture completely and becoming a pale mist. This might be OK with ocean views, but a stream/river can look faintly ridiculous and over processed – YHBW.

Second and one of my favourite knock-ons of this technique is that in most images, despite the excruciating visual complexity it is possible to capture, most of the time it is blurry and unfocussed. Look closer though and you might well find a tiny area in absolute focus, despite the long exposure. It’s not something you can predict, but an interesting bonus. 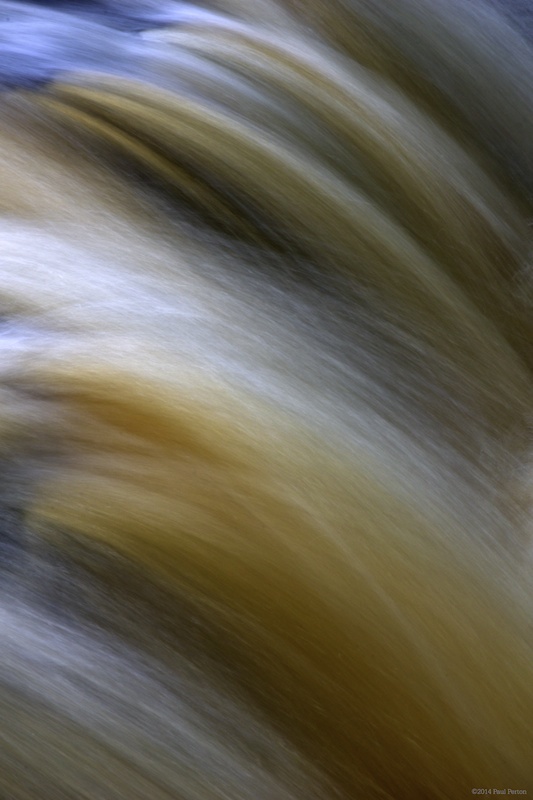 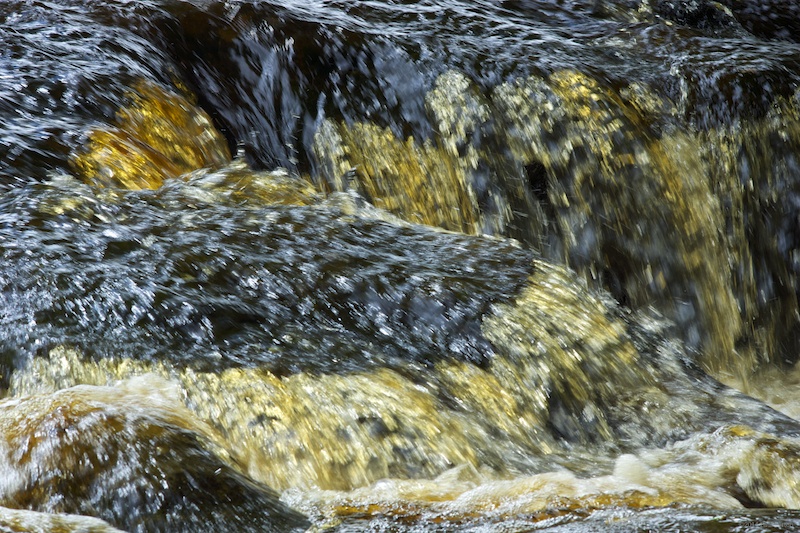 If you’re heading for the ocean, a different set of rules apply. Firstly, if you try long exposures you’ll end up with a mess.

This is usually fast moving water and if you are fortunate enough to find some rough seas to shoot, you will soon discover that the action happens very quickly. Now, you’ll need to keep an aperture around f8 and a shutter speed well above 1/125 – or blurry edges could kill a great shot.

Remember too that unless you track focus, your auto focus will lock and only a small part of the wave will be sharp as the wave moves. If you can, try to find the moment critique – for me thats’s as the wave crests and before it breaks. For even more impact, try a low perspective – in some of my shots it also hides the other side of the bay with its distracting houses and beach. 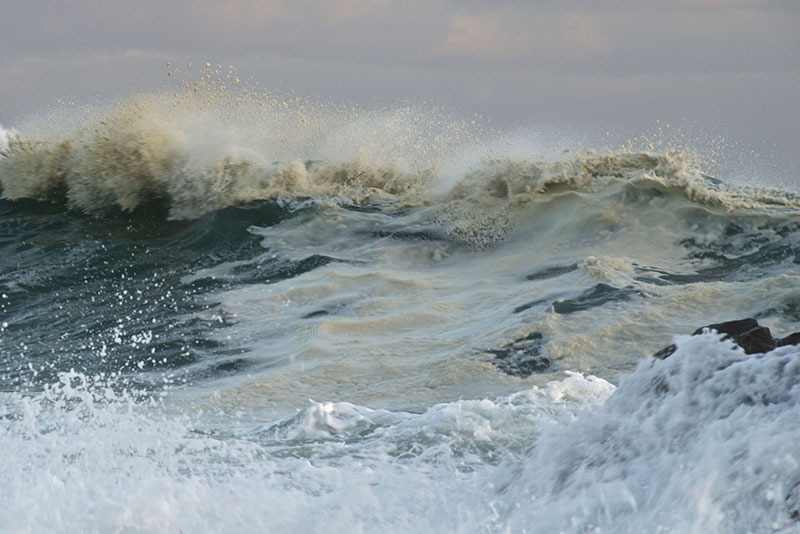 With the ocean, you really must pick your time. Not the time of day, but rather when the water is moving, waves pounding, spray. Little rivulets and sad waves will give you similarly disappointing results. Near home a couple of years ago, a huge storm came in off the southern Atlantic, the waves crashing ashore, foam and spray flying everywhere. There was so much to shoot, that I found it hard to concentrate on a single subject.

A final word on that subject; be constantly on the lookout, watch where you are and what the ocean is doing all the time. On our stretch of coast, the big waves arrive several minutes apart and in pairs – long enough to forget that there are two more on the way. When they arrive, the first knocks you down, the second washes you out to sea, explaining the myriad of stone crosses dotting our shoreline – memorials to fishermen who didn’t pay attention and paid the ultimate price. If you’re shooting rough seas, please don’t add a photographer to a very sad list.

#899. What is the appeal of blurry photographs?

Previous Post #265. How To Take a Great Travel Selfie Next Post #267. Every Story Tells a Picture: Canary Wharf Shuttle