#259. Sunday and a (quick) walk between the raindrops 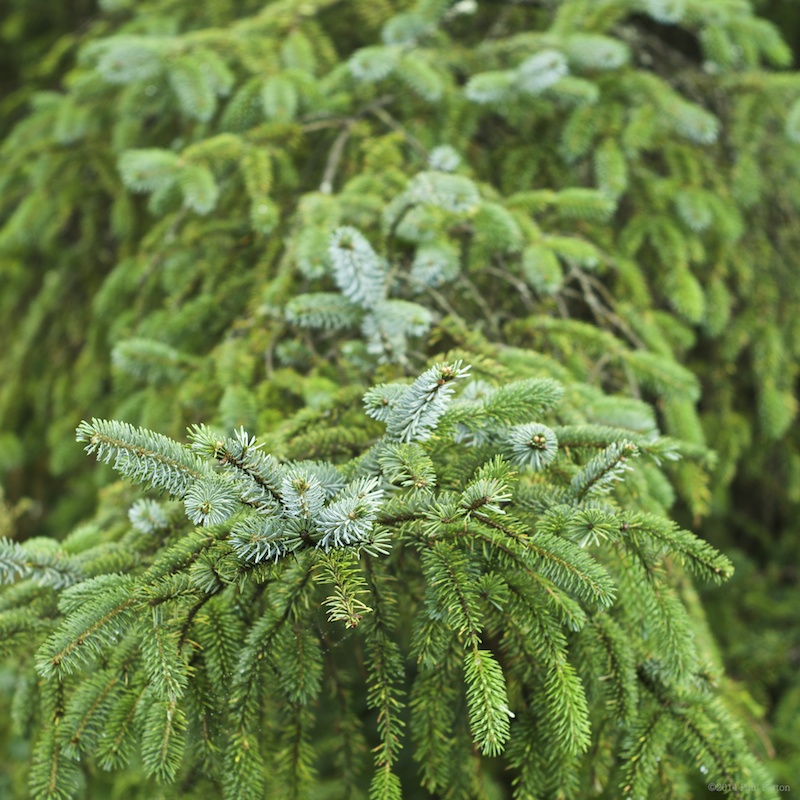 Yesterday, we made our way south from Kyle of Lochalsh, through Oban and on to Lochgilphead, Ardrishaig and Kilberry, our home for the next week. Google advised us that the distance was around 170 miles and estimated travelling time at four hours.

The first was correct(ish), the latter, hopeless. Even deducting time for a late breakfast en route and twenty minutes in Oban – more of this shortly – I spent more than six hours behind the wheel and at no point encountered any of the traffic that is usually the bane of the driver here in the UK.

As if that weren’t enough, the fine weather of the last week deteriorated the further south we travelled, arriving at drizzle at the same time as our destination. 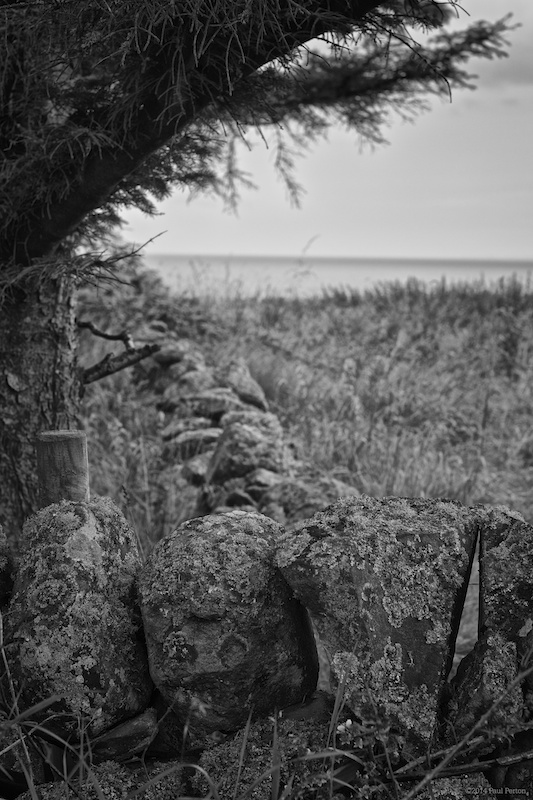 Evening set in accompanied by a fine supper of Asian broth filled with ginger, garlic, chile, assorted greenery and chunks of chicken. Sated, we watched the last two episodes of Peaky Blinders on my laptop and turned-in. Throughout, I kept thinking of a morning shoot somewhere and before bed, put batteries on to charge and set out the kit I anticipated using.

Not long after five a.m. I woke to find the day had begun a while earlier, but not without a fair sprinkling of rain, which continued to fall. By six I didn’t care, put on some stout shoes, grabbed the Sony (NEX-7) and a couple of lenses and wandered up the lane – actually, the A83 according to the map.

The last week in Kyle of Lochalsh proved to be a bit of a photographic doldrum. A half hour wander this morning shows just how much things can change. 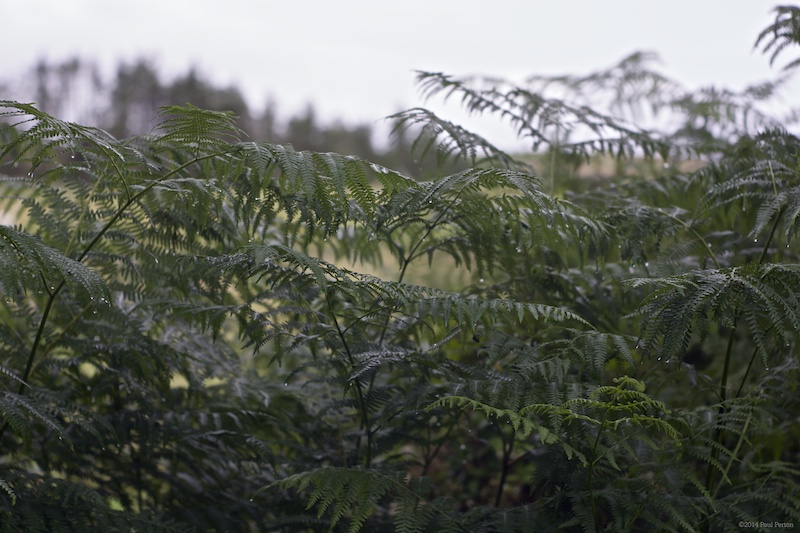 Ferns in the rain

Technically, I wanted to use my Leica 50 Summilux, but wide open it has way more haloing than I wanted this morning, meaning stopping down to f2 or even f2.8 for great bokeh. Eventually, wanting a wider view, I swapped it for the Zeiss 25mm Biogon, which always produces great results.

The light wasn’t great – as you’d expect wandering between the raindrops – which in many ways helped to better define the driech day I was shooting. 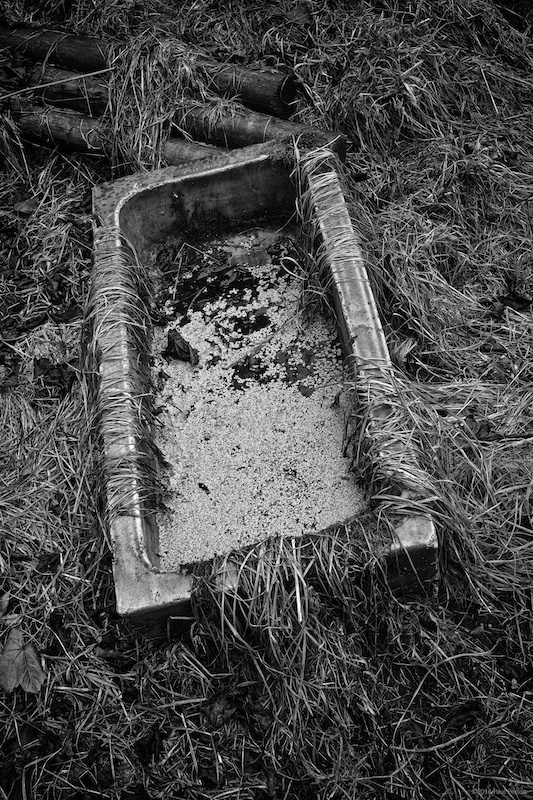 Oh yes, I stopped in Oban yesterday in an attempt to un-fankle the ongoing EE airtime vouchers saga. The very helpful man in the Oban Foneshop sorted it in minutes. If you’re in the area and in need of help for your cell phone – he’s da man.