Most of us salivate at the thought of owning a Notcilux for its shallow depth of field, subject isolation and creamy bokeh. Well, maybe not you, but certainly me ! But there are perceptual depth of field tricks all of us can play to simulate these results in cheaper and more exotic – ok, experimental – ways. 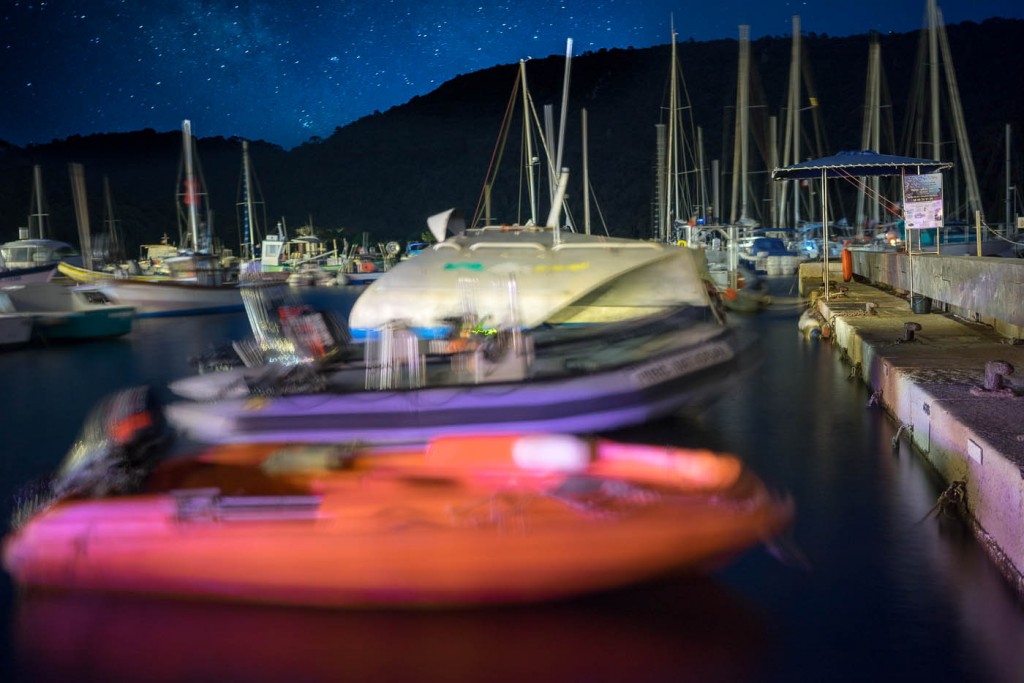 In this night-time photograph of the marina in Port-Cros (a tiny and lovely island just off the coast of Provence, in Southern France) the 30 second exposure has allowed he masts and hulls of the various fishermen boats, yachts and dinghies to move about and blur their outline.

At the same time, the surface of the water has smoothed out  to a velvety, semi-reflective surf with no detail to speak of.

Even the stars in the background have played along and started to create trails of their own.

The only motionless elements are the quay and small booking tent used for organised dive tours. These appear sharp and the pillars reflect the light of cafes and restaurants behind me.

The general impression is one of very selective focus but the concrete quay and bollards clear show this is not the case. The effect is more interesting on a larger version (click the image to enlarge).

For maximum impact, the masts and halyards in the tent’s background should be cloned out. I’ll repost the image if I muster the courage to do the work 😉

For a completely different view and taste of the location, here’s a second photograph facing the other way :

#899. What is the appeal of blurry photographs?