One of the charms of the windmills outside Amsterdam is that they are fully functional, not just amusement park attractions. These spinning wheels, pulleys and cogs at Zaanse Schans are an example of what you can expect to see inside. 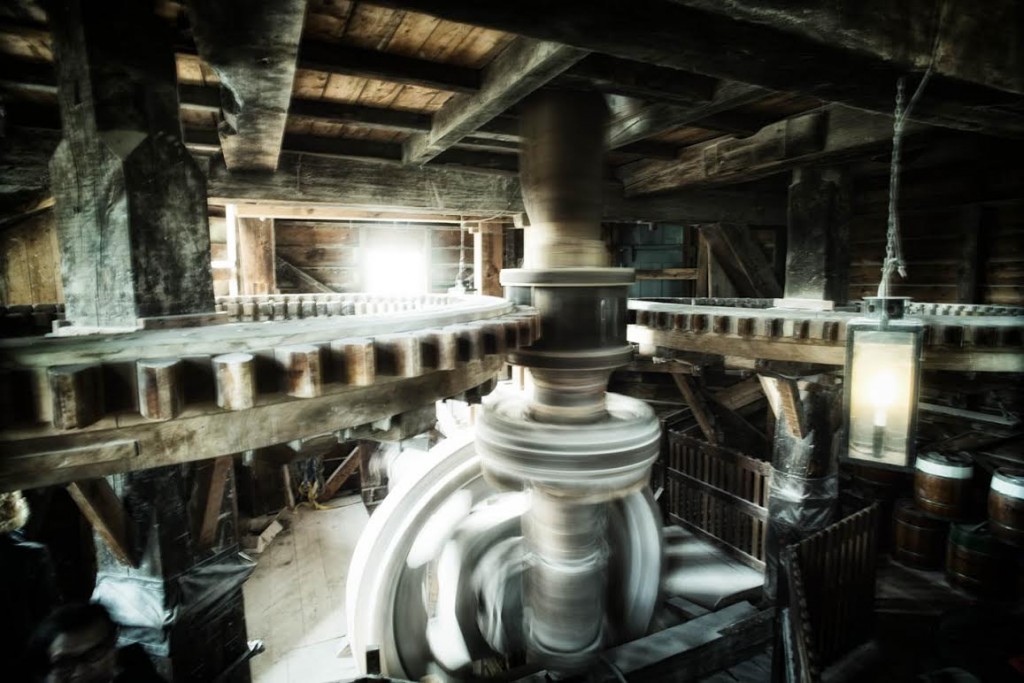 Mills in the Netherlands served many functions until fairly recent times.

Those built on the polders were used to extract water and lift it back out to see or canals higher up than the fields from which it was removed. It was through the continuous work of these mills that the Dutch were able to exploit larger and larger areas of artificially created land.

Others were used for crushing and sawing or any other industrial activity involving brute force and repeated movement. For instance pressing peanut to make oil, crushing chalk to make lime and white paint or grain to produce flower or even sawing planks from full-size tree trunks.

Two things this image doesn’t necessarily convey are the loudness and the scale of these gears.

Unsurprisingly, those whose job it was to operate these huge wind-powered machines invariably became deaf as doornails. 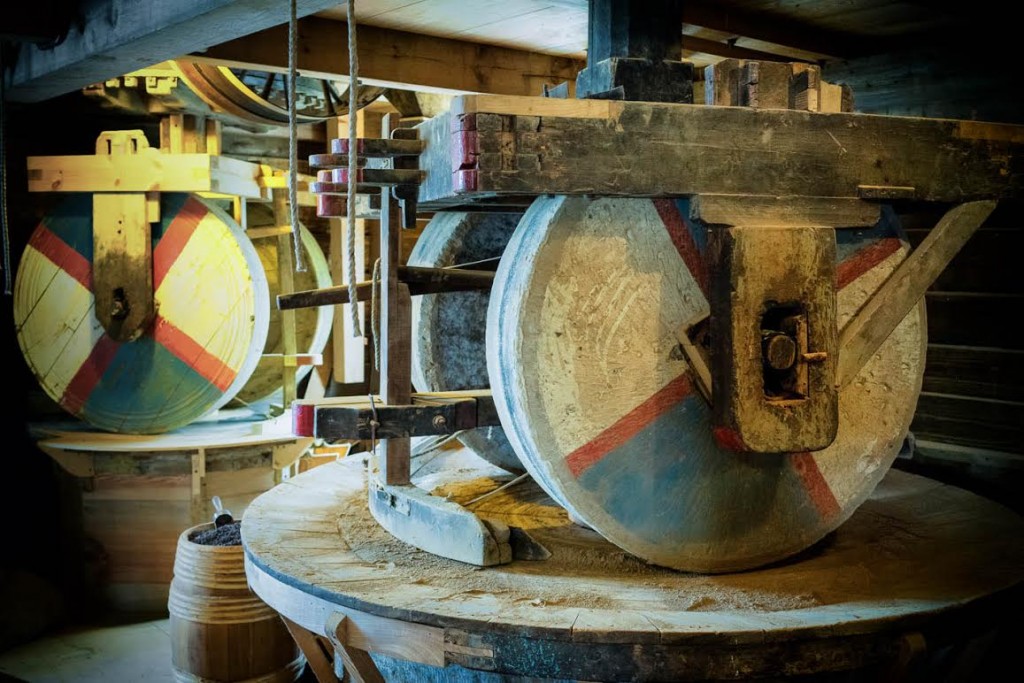 And since the inside of windmills is a rather dark environment, unexpected encounters with heavy grindstones (5 tons a pair, above) often resulted in unpleasantness. White paint sometimes shipped in batches labelled intestine pink or brain grey.

To prevent such accidents, the more dangerous moving parts (the grindstones and mortars) were painted in bright complementary colours to ensure the miller could detect any movement immediately (remember the mills are operated by wind so may function one minute and not the next).

Both photographs were made at medium-high ISO (1600, from memory) but were processed very differently. I increased saturation on the grindstones to show the visual difference between neighboring pairs and decreased it and cranked up contrast slightly in the first photograph to give it a less charming, more industrial look.

If you’re visiting Amsterdam and fancy a change of sight, I strongly recommend Zaanse Schans. While the tourist shops and general atmosphere border on the theme park, there’s a lot to see and photograph that’s really worth breaking your neck or being ground to a pulp for.