If this was a money shot, you’d hear me whining from the Arctic to Oz.

I remember setting up the small tripod given to my by friend and co-author Philippe (because my main Feisol is too large for cabin luggage and I’m too cheap to put a case in the hold). It was a lovely cool evening in Amsterdam, and the frail plastic legs of the Cullmann spiked waves of fear through my spine as I set the exposure to 30 secs and prayed that the breeze wouldn’t send the front A7r & Leica Elmarit-R 19/2.8 toppling into the dark waters. 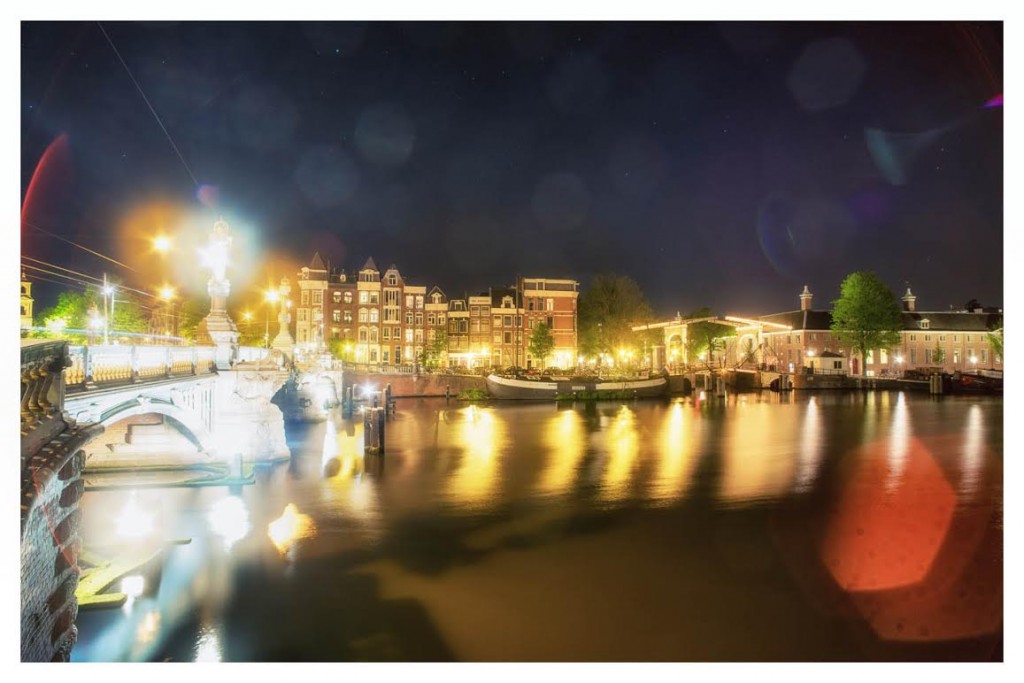 This reflects badly. My Leica Elmarit-R 19/2.8 is having an attack

The never-ending exposure eventually came to a joyful conclusion made happier still by 100% chimping that revealed very sharp detail inside the houses on the other side of the Amstel river.

It isn’t until a few weeks later that the terrible flare and internal reflections became obvious.

Oh well, it’s kind of cute in its own way. The caustic on the right is an interesting feature, like Apollo landing in a crosswind. The crimson hexagons neatly occupy what would otherwise have been an empty spot and the red arc on the left nicely frames the shiny angel-like figure apparently causing all this optical distress.

And to be fair to the lens and the great man who designed it, here’s a second photograph showing how well it acquitted itself on other occasions that evening.

Not too shabby for a 30+ year-old design. This is a lens I kept in a box for 2 years, not wanting to love it and that you’d have to pry out of my dead hands today. There may be sharper out there (although my test reveals moiré in the corners !!!) but I can’t think of a more beautiful signature.

Here’s a challenge! If you have a worse case of flaring from a quality lens in your catalog, bring it on 😉