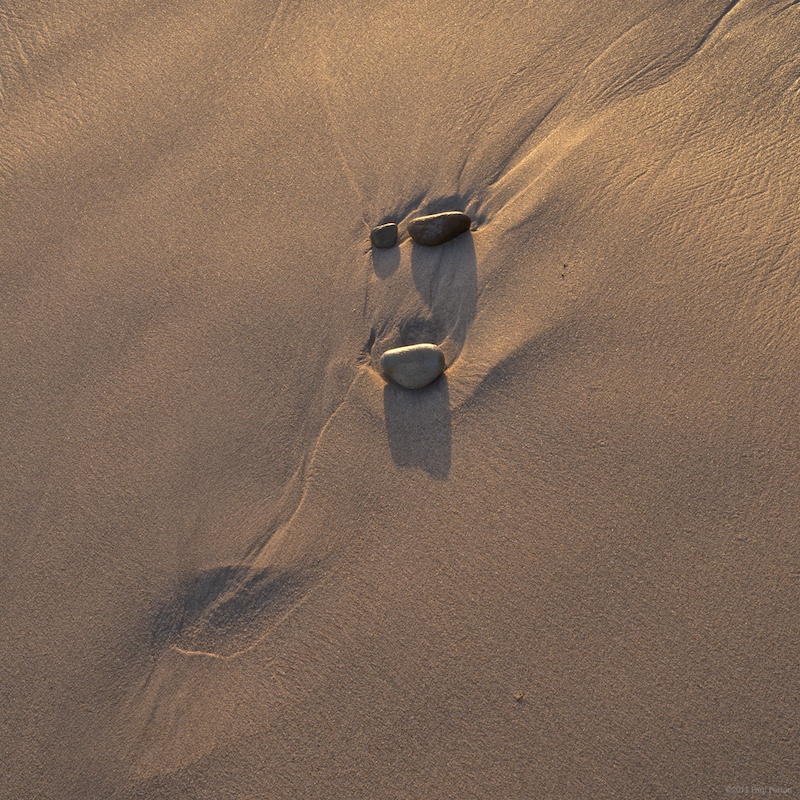 The unintended face of sunset

In the couple of weeks since I got back from Greenland, winter has arrived full-on in the Cape. The weather has gone from it’s usual late autumn balmy to wet, overcast and decidedly chilly. The thermometer plunged to 1C the other morning; a definite reminder of my recent Arctic trip.

So, it’s been a couple of weeks of re-charging my personal batteries and waiting for a break in the weather.

Driving home from a client meeting yesterday afternoon, the beach at Kogel Bay* and the setting sun beckoned. The tide was rushing in and I didn’t have long to get some of that luscious light, fresh air and do a bit of photographic limbering up.

I chose to shoot a section at the south east end of the beach, just where fresh water drains from the neighbouring Kogelberg mountains, on to the beach. I wanted colour – this is very much a sandstone region – and sunset’s hues in its fullest splendour.

Fortunately, this beach doesn’t get much foot traffic in the week – I was alone, save for two large dogs (and their owner) that appeared as the tide started to become too insistent about getting its own way. Just as well; eight paw prints quickly made a real mess of the sand’s delicate tracery.

All shot with a Nikon D800e and either a 50mm f1.4, or 28mm f2.8 AI lenses. An hour or so with Aperture and Nik’s Viveza plug in and I’d got the colourful, sundown style images I’d hoped for. I think that I might even print one or two of them.

So, an hour on the beach, a few interesting pictures and a fine way to do a bit of limbering up and end a grand day. 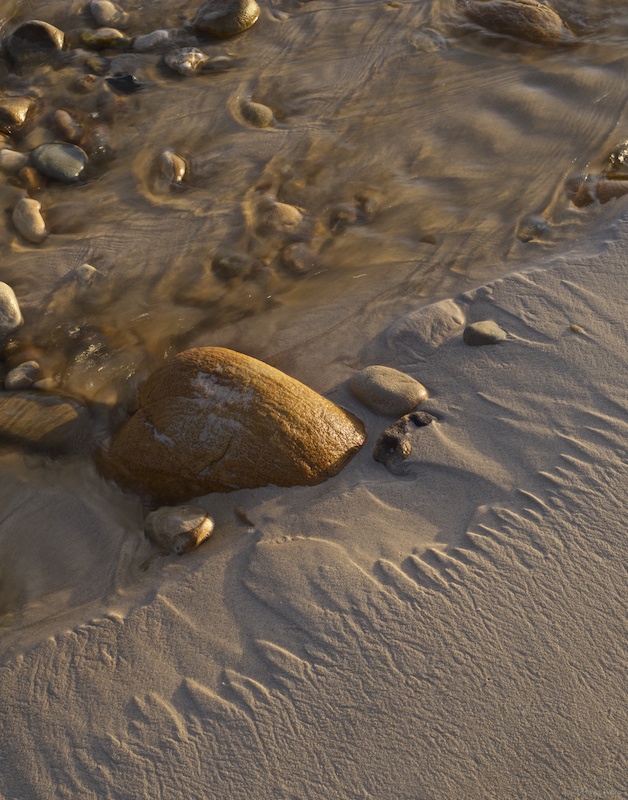 * kogel – loosely translates from Afrikaans as cannonball. One glance at some of these pictures will quickly explain how this wonderful beach got its name.

Previous Post #243. In Provence, Postman Patrick Has a Sense of Humour Next Post #245. Oh No! My Lens is Having a Panic Attack