The 35 billion tonnes of ice released annually by the Ilulisat Glacier eventually all flow out into the North Atlantic.

The helicopter trip gave us a fantastic view of the area, but for anything more than strapped-in grab shots of icebergs, the only option is a boat.

We tried this twice. The first trip was hampered by the gloomy light which gave us flat and featureless photographs. The second trip a couple of days later was blessed by some spectacular late afternoon sunlight which lasted well into the evening. Making the entire scene better was a distant cloud bank, forming a perfect diagonal across our images. 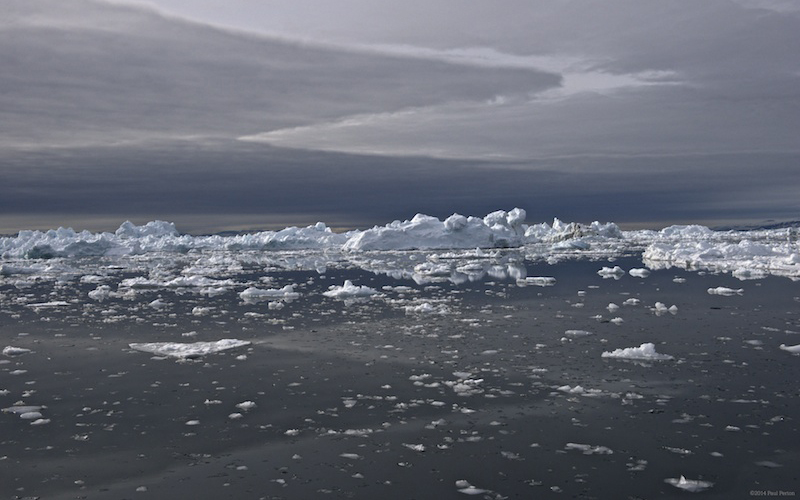 Sunlight and cloud over Disco Bay

As can be seen from the photographs, Disco Bay obliged by being dead calm, broken only by our boat’s wake. With an understanding skipper, the boat was stable and no-one needed a tripod – not that here was space for more than one or two anyway.

From a technical perspective, even late into the evening, there was more than sufficient light; ISO 800 made it possible to shoot at up to 1/2500th at f13 with my Nikon 24-70 f2.8 zoom – even my shaky old hands could manage that. 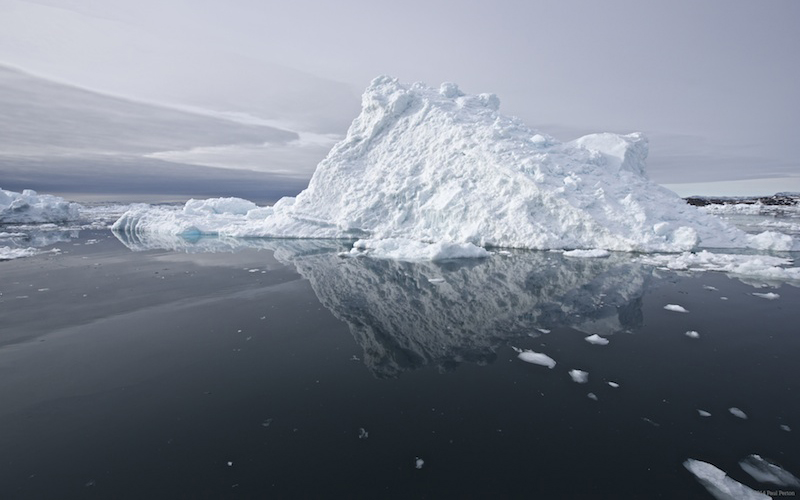 Post processing was done in Aperture; white balance, a little exposure and curves juggling to get the desired shadow and contrast, a minimal reduction in the blue hue to reduce the ever-present cyan “blush” to realistic levels. Finally, about 40 points of Definition (micro contrast). This whole process was achieved in Aperture and saved a lengthy round trip cycle into and back from Photoshop (and yet another 200mb image file to look after).