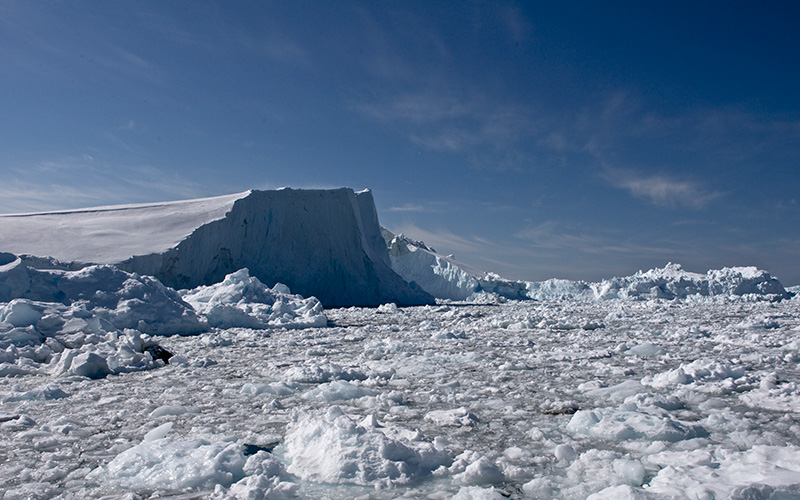 I watched the depth sounder as our boat left harbour; 10m, 12m, 18m, 250m. That made the size of the icebergs stranded in Disco Bay even bigger than I’d imagined.

And this image? You’d be forgiven for thinking I might have walked closer for an even more impressive shot.

No. My vantage point was the stern of the boat, afloat in water almost 270m deep. What looks like snow and ice covered ground is actually tightly packed ice chunks and shards, clustered this way by tide and wind. The iceberg is aground in more than 250m of water and has probably been there for years – no-one really knows.

It was calved after countless years as a part of the Jakobshavn Glacier and is some of the 35 billion tonnes a year shed into the Bay. Eventually, the pressure from more recently calved icebergs will force its break up, free it from the ocean floor to make its way out of Ilulissat Icefjord, Disco Bay and on into the North Atlantic.