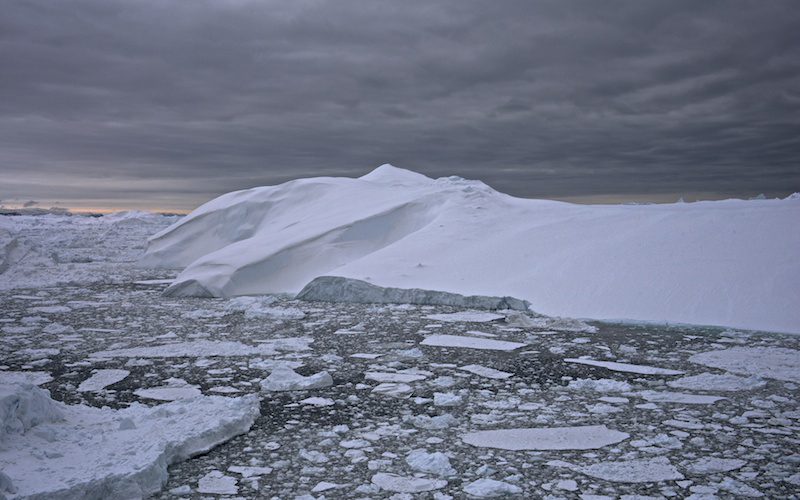 Looking west – iceberg from the air

An aerial photographic opportunity has become a part of the Better Moments tour offering. We all managed to squeeze into the Bell Jet Ranger at Ilulissat airport and headed for the icefjord, cameras securely strapped to various parts of our anatomy – the doors has been opened and belts were keeping us (nervously) in our seats.

To say it was cold was an understatement. I was wearing just about every stitch of clothing I’d had in my suitcase and felt like l’homme Michelin. Goodness knows what I actually looked like. The cold still seeped through…

Who cares? The view of the icebergs was extraordinary and the pilot skilled enough to hover and slowly rotate through 360 degrees when a particularly spectacular view presented itself.

This and the next few posts will feature more of these airborne images. After that, some shots from the town of Ilulisat, which will give the viewer some idea of life at the edge of the world.