Infographics are so overused these days that we hardly pay any attention to them anymore. But this one is endearing, retracing the history of the camera from the early camera obscura to the 1980s. 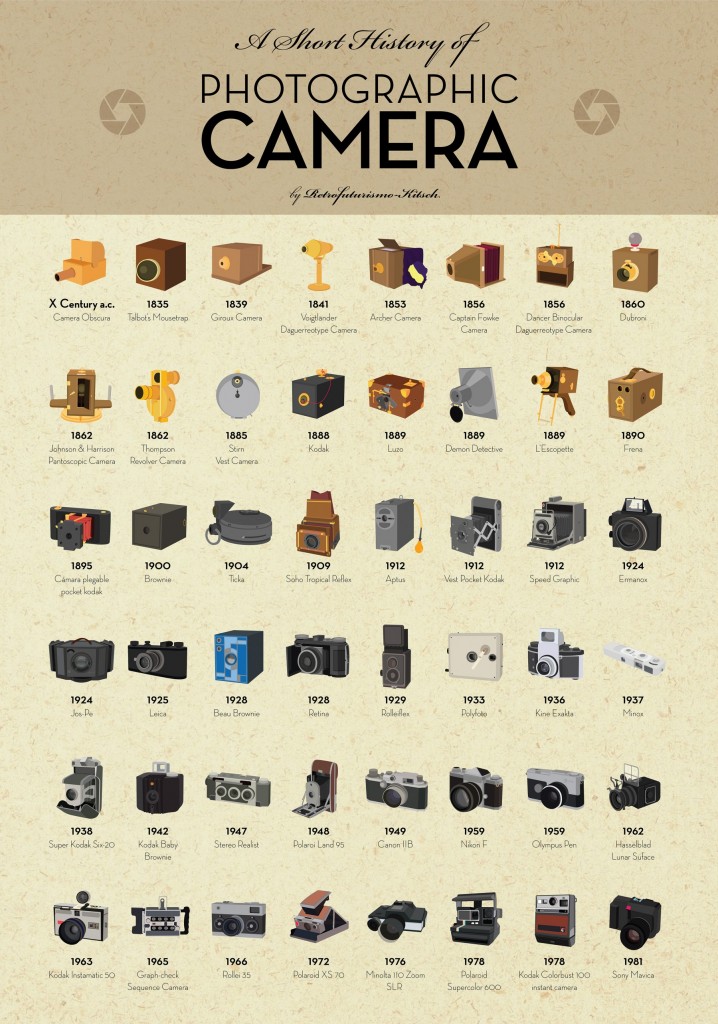 Endearing, then. But also very interesting:

What do you make of it? Am I the only one sucked into this image and wondering teary-eyed about the infinite photographic possibilities?

Previous Post #227. Two things you’d expect to see in Copenhagen Next Post #229. Photographing Amsterdam, From Traditional to Less So