#225. Why Sony’s Curved-Sensor RX2 is Excellent News for the Travel Photographer

It’s been over 18 months since the website Egami discussed Sony’s curved-sensor patent. More recently, Andrea, of Sony Alpha Rumours added to the intrigue by mentioning a second patent for a dedicated 35mm f/1.8 lens, implanting into our fragile minds that the 2 would combine into a neat RX2 replacement for the already brilliant RX1, possibly as early as this summer!

Usually, technological advances leave me cold. Higher ISO capabilities won’t change my life. Nor will a faster autofocus or 20% more pixels on my waffle. But I think this potential RX-2 is a big deal for travel photographers.

Here’s a diagram of the sensor. Only the bottom image is interesting. As you can see it’s curved inwards. 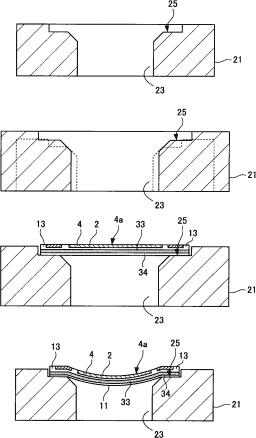 This topology has led to many comments on forums, some asking why go to such lengths when the lenses would obviously have to be that much more complex. Ironic, as while the curved sensor claims many advantages, simpler lens design is the most important to me.

So here are some of the features we can expect from the potential RX2 and how they translate into real life advantages for us users.

Below is a statement made by Sony during a tech symposium:

Because the lens field curvature aberration was overcome in principle by the curved sensor itself, the curved BIS enables higher system sensitivity through design of a brighter lens with a smaller F number than is possible with a planar BIS. At the same time, we controlled the tensile stress of the BIS chip to produce a curved shape that widens the energy band-gap to obtain a lower dark current. The curved CIS can be applied to an ultimately advanced imaging system that is validated by the evolution of the animal eye in Nature.

Advantage 1: higher sensitivity. We can expect half a stop of added sensitivity with lower vignetting.
Advantage 2: lower dark current. This should translate into a (slightly) higher dynamic range, always important outdoors.

Here’s where I think the RX2 should particularly shine. The RX1’s Sonnar 35mm f/2 is one the all time great 35mm lenses. There simply isn’t an area of performance you can fault. It’s an absolutely superb lens.

It’s also a complex design (see below. Although this is NOT the Sonnar’s diagram, it’s an equally complex lens, shown here purely for visual comparison to what the RX2 may be using). The RX1’s Sonnar uses the following formula: 8 elements in 7 groups, 3 elements using aspherical surfaces, one of which being an “Advanced Aspherical”, whatever tha means. Such a lens is complex to design, expensive to build and tolerances are very tight. 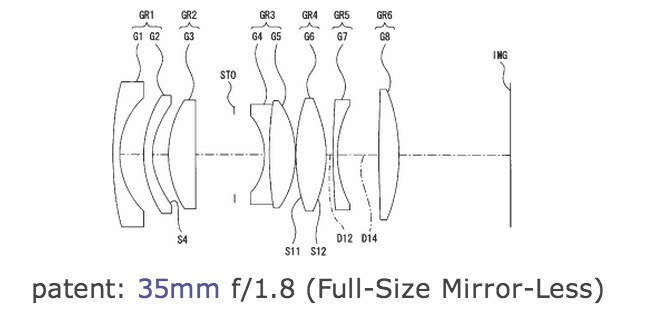 And that’s where the curved-sensor works its magic!

Old-timers, particularly those interested in astronomy, know that a single spherical lens naturally focuses on a curves surface rather than a plane. In this diagram by Starizona, you see how that can be a problem for digital cameras.

This is not limited to telescopes, and many famous lenses (including the superb Leica Summiluxes) have curved focal surfaces. So does your eye (the retina).

In fact, a large part of the complexity of the design of telescopes and camera lenses is due to trying to make the focal surface … plane. A field flattener for an amateur telescope already consists of 3 or 4 lenses. Wide-field telescopes of the film era employed curved film holders on which photographers had to place their cut film, frame by frame. Modern giant scopes use curved arrays of sensors to avoid the design and build of extremely complex correctors.

And the beauty of Sony’s curved sensor is evident when you consider the patent diagram for what could be the RX2’s lens, below. 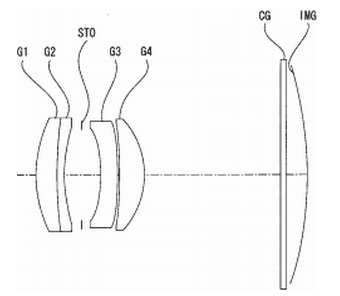 Compare this to the first diagram, which serves as realistic proxy for the RX1 lens. A lot simpler, right ?

Benefit 3: Cheaper. Much cheaper, in fact. No specifics are available regarding the number of aspheric surfaces in this design, but I’ll bet it’s lower than in the RX1 lens. Less work, looser tolreances (aspherics need extremely tight mounting tolerances) and fewer lenses all translate to a cheaper lens. Cheap enough to include an EVF for the same retail price?

Benefit 4: Smaller and lighter. Those who objected to the RX1’s relatively large lens should have less to rant about, with the (potential) RX2. And although there is a minimum size to cover the whole field, a smaller front element is probably required than in a flat sensor design to avoid severe vignetting. 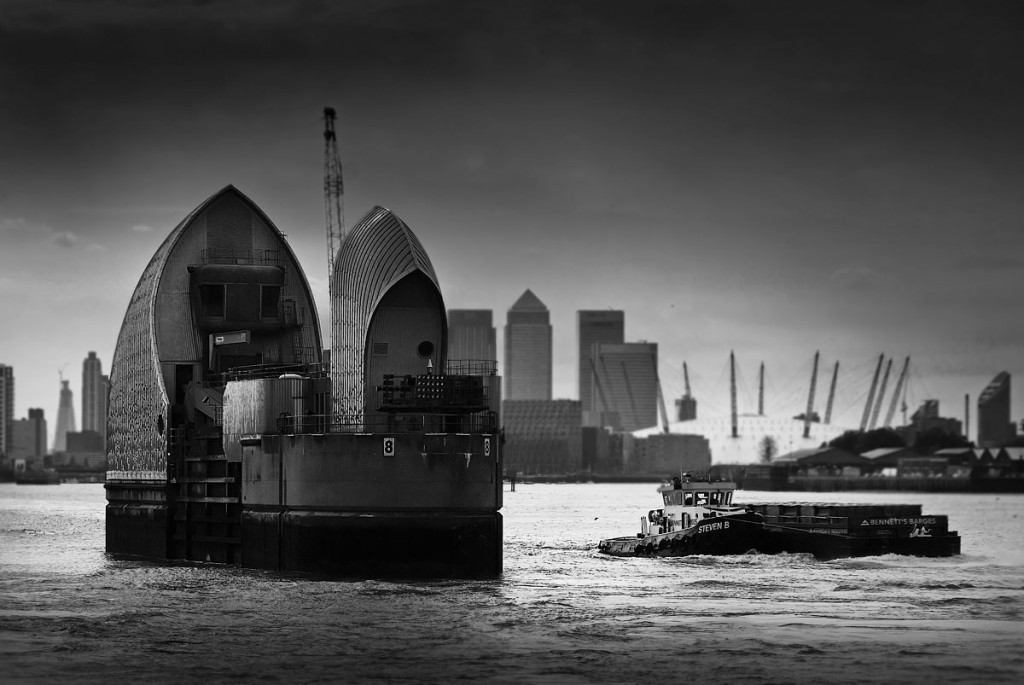 Benefit 5: Vintage look, modern performance. This is speculation on my part, but the drawing qualities a designer injects into his lens are a matter of compromise. If you read Naoki Miyagawa’s interview by LesNumeriques, you’ll see he is a fan of the C-Sonnar and venerable Jupiter 8. Who knows what a brilliant mind coupled to fewer design constraints can produce ? Can he serve up FE 55 performance with Jupiter 8 (or Noctilux) cream? Yummy!

And, of course, none of the lenses in our precious collections will work.

But that’s a small price to pay, for 2 reasons: