Although you might initially wonder what this has to do with travel photography, do take the 5 minutes required to read to the end as it will help structure your thought process for all types of photography. Part 1 lays down the definitions of the field. Update : Part 2 is online.

2014 is the centenary of the death of the American philosopher and logician, Charles Sanders Peirce (1839–1914).
Over a period of approximately ten years at the beginning of the twentieth century he developed a wide-ranging theory of signs – semiotics. The idea of using semiotics to analyse photographs is not as arbitrary as it may seem: for Peirce and his contemporaries photography must have been as revolutionary as Google Glass and the 3D printer is for ours, for he grew up in an age in which still photography, thanks to Eadweard Muybridge and Thomas Edison, was transformed into the moving picture, and it is a fact that both the photograph and the ‘movie’ influenced his theory of signs. 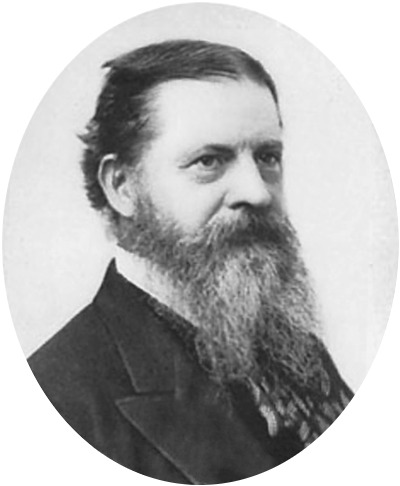 Thus what follows is a non-exhaustive attempt to show how semiotics offers a possibly unfamiliar but novel approach to the photograph, a theory of pictorial representation which has nothing to do with photography theory or art history but one which is, in fact, based upon the complex but empty formalism of logic.

Signs and what they represent

Since the theory is at one and the same time disarmingly simple while drawing on relatively complex ideas, the following illustrations should give a general idea of the material to come: 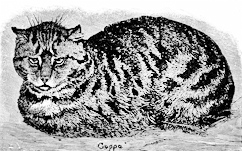 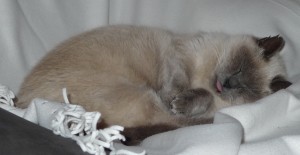 These three representations have something in common: they all have to do with cats.

The figures themselves are, obviously, signs.

What they represent Peirce termed their ‘object’ and the three figures represent, in Peirce’s terminology, three distinct modes of representation, three ways – and only three – in which a sign can represent what it represents.

The sign in figure 1 looks like a cat and thus represents its object by resemblance; the sign in figure 2 has been materially affected by the object which reflected rays of light onto the film or card inside a camera – no cat, no image: in other words there is an existential relation which necessarily holds between the sign and what it represents. Finally, the sign in figure 3 functions by convention: we have to learn what it means, and this is not only because this particular character is Chinese – we have to learn the words of our own language, too.

Over the course of his scientific career Peirce offered over seventy definitions of the sign, but they all had one thing in common: they involved the sign with two other ‘correlates’ in a three-way relation. The first is, obviously, the sign, the second what the sign represents, its ‘object’, and, finally the effect that it produces on the interpreter, this effect known technically as the’ interpretant’ (quite different from the person interpreting the sign, since this is logic, not psychology) – for example, a possible interpretant of figure 1 might be ‘Not a good likeness!’ and of figure 3 ‘What on earth is that supposed to mean?’. There will be little mention of interpretants in what follows, but the object will be referred to quite often.

The following definition is more complex, but describes clearly the three-way process in which the sign functions:

(1) I define a Sign as anything which is so determined by something else, called its Object, and so determines an effect upon a person, which effect I call its Interpretant, that the latter is thereby mediately determined by the former.

It follows, then, that whatever form the sign exhibits, and this is obvious in the case of the photograph, it is the object which determines or causes it, and that whatever effect a sign has on the person interpreting it, it is caused by the object represented.

Having defined the sign in this way, Peirce proceeded to classify the various types of sign by locating them on a progressively more complex scale of three classes according to the relation holding between the sign and its object.

This was an important step and produced by far and away his most famous division of signs since when we examine signs such as those shown above the sign’s object – the model or subject that is represented – is rarely available for scrutiny. This is the case, for example, of figure 4, which shows a train that crashed through a wall in Montparnasse Station in Paris in 1895. The ‘object’ is long gone, but the mode of representation of the incident is such that we still have a trace since, at the time, the locomotive reflected light onto the film in the camera, just like the cat on figure 2 above. 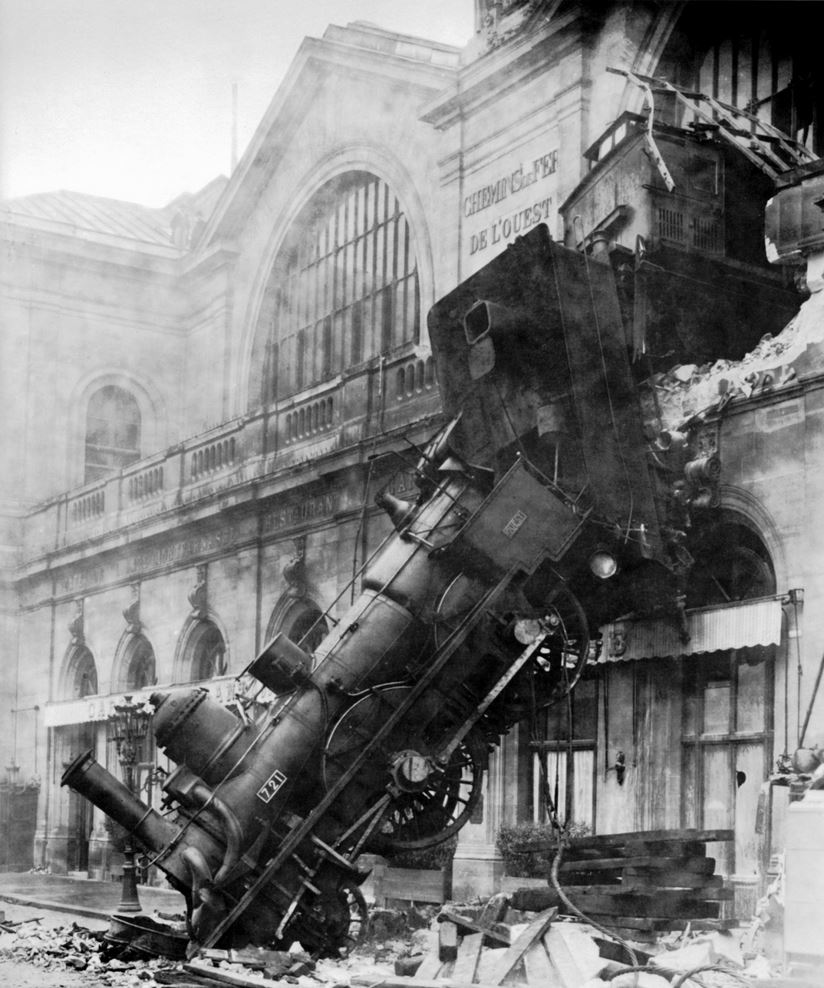 Figure 1, then, is a simple example an icon, which Peirce defined as a sign which simply represents its object by resembling it and offering no proof of its existence. It is, therefore, the simplest of the three possible types.

Figures 2 and 4, on the other hand, are examples of the index, a sign which is brought into being by some physical connection with its object – rays of light reflected onto a film or card in a camera, footprints in the sand, the wind blowing a windsock in a certain direction, the change in a barometer, etc. Note that the index is always interpreted as being a true representation, even when the image has been manipulated by some artificial process – software such as Photoshop, for example. In examining a photograph we unwittingly interpret it as representing an existent object.

Finally, the class of signs whose meaning has to be learnt and which therefore function by means of a relation of convention between sign and object are known technically as symbols – figure 3 above, is a symbol as are all common nouns, verbs, adjectives and adverbs in any Indo-European language: they all have to be learnt as their meaning is perfectly general – classes of entities – and not apparent as it is in the case of most icons and indices. Symbols, therefore, are the most complex of the three kinds of sign illustrated above.

The two photographs – indices, of course – differ from the other two signs in a significant way. Peirce defined photographs as ‘informational signs’, signs which not only represent but also ‘tell’ the observer something.

This is how Peirce described the photograph in 1903, distinguishing clearly between the print itself and the section of rays which are projected from the object:

A better example [of an informational index] is a photograph. The mere print does not, in itself, convey any information. But the fact, that it is virtually a section of rays projected from an object otherwise known, renders it [an informational sign].

Take a sentence such as ‘Fred likes fish’.

In this case ‘Fred’ is the subject and ‘likes fish’ is the predicate. Neither element on its own can supply information, but put together in a sentence they tell us something about the subject.

What Peirce is saying in the quotation above is that a photograph has similar structure and functions in exactly the same way, except that while it is possible to separate subject and predicate in any sentence, the subject and predicate in a photograph are blended together and are inseparable. The section of rays, he suggests, functions like the subject of a sentence, while the print itself is the predicate. Neither the sign on figure 1 nor the sign on figure 3 has this property – they are not informational signs. The photograph is thus a hybrid sign: it has the structure of a proposition and the representative quality of a picture. There is yet one more set of formal distinctions to be made concerning pictorial signs in general and photographs in particular and this is to be found in the three subdivisions Peirce made in pictorial signs which distinguished between image, diagram and metaphor. 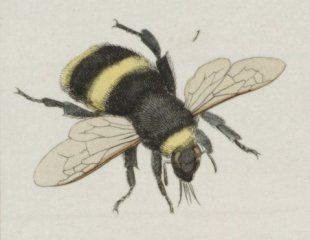 Figure 5: an 18th century painting of a bee 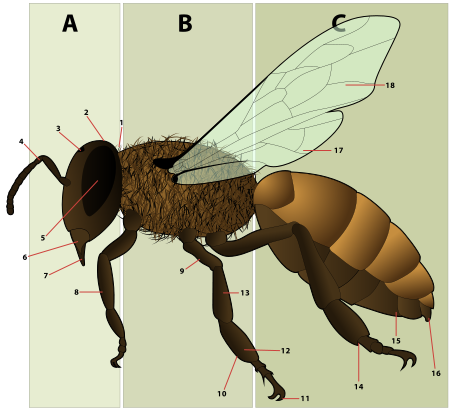 Figure 6: diagram of the morphology of a female bee

In subdividing pictorial signs, icons in this instance, Peirce distinguished three distinct but increasingly complex structural configurations which are valid for all types of images. In the simplest case the sign and the object represented simply share qualities – colours and shape for example, as in figure 5. This is the case with most of the paintings hanging in our traditional art galleries and museums.

Finally, when a sign represents at one and the same time objects from two distinct but parallel universes or conceptual domains, as in figure 7 where the domain of the bee of today is placed side by side with the desaturated bee of a possibly dire tomorrow, the sign is said to have metaphorical structure.

Even photographs, in spite of their existential, ‘literal’ nature, too, can be manipulated to acquire metaphorical structure. This is obvious in the case of the work of Jerry Uelsmann, his Symbolic Mutation, from 1961, for example: http://eouphotography.blogspot.fr/2010/12/symbolic-mutation-jerry-n-uelsmann.html

and the famous 1989 feminist poster by Barbara Kruger, Your body is a battleground: http://lecahiernumerique.blogspot.fr/2012/12/hda-3-barbara-kruger.html

We see, then, that Peirce’s distinctions between icon, index and symbol together with his division of pictorial signs into image, diagram and metaphor – represent three increasingly complex underlying structures common to paintings, photographs and, of course verbal signs, too –were important theoretical contributions to the study of photographs, but constituted, at the same time, a dead-end to such research: since all photographs conform to these criteria, all photographs necessarily resemble one another in these respects, and another means of distinguishing between them has to be found.

This means we owe to the art historian Meyer Schapiro, who suggested that pictorial signs, far more clearly than language signs, constitute the representations of two ‘spaces’: our space as observers and that of the objects and the protagonists depicted in the represented world of the photograph, for example. For while the two-dimensional structure of any pictorial sign presents a flat surface on which figure various types of objects and protagonists, it also offers the possibility of closure by means of a frame – not simply a frame in the traditional sense, but a frame round a painting [and round a photograph, too] described by Schapiro as offering a window on the world:

[I]t is like a window frame through which is seen a space behind the glass. The frame belongs then to the space of the observer rather than the illusory, three-dimensional world disclosed within and behind.

When analysing a photograph, then, we more or less consciously draw up an inventory of the components of the illusory three-dimensional world represented ‘inside’ the photograph.

In view of the almost inexhaustible variety of elements capable of occupying such a world, in what follows we concentrate principally on certain human elements , and in this case the components in question are realisations of what are known technically as non-verbal communication (NVC) signs. These, too, are indices – of emotion, state of mind, attitude, degree of attention, etc. – but, unlike photographs, they do not possess the same informational structure.