You’ll be hearing a lot more about Amsterdam on this blog in the coming weeks as it is one of the most photogenic cities I have ever visited.

In the mean time, here’s a single shot that stands out from the rest for me. 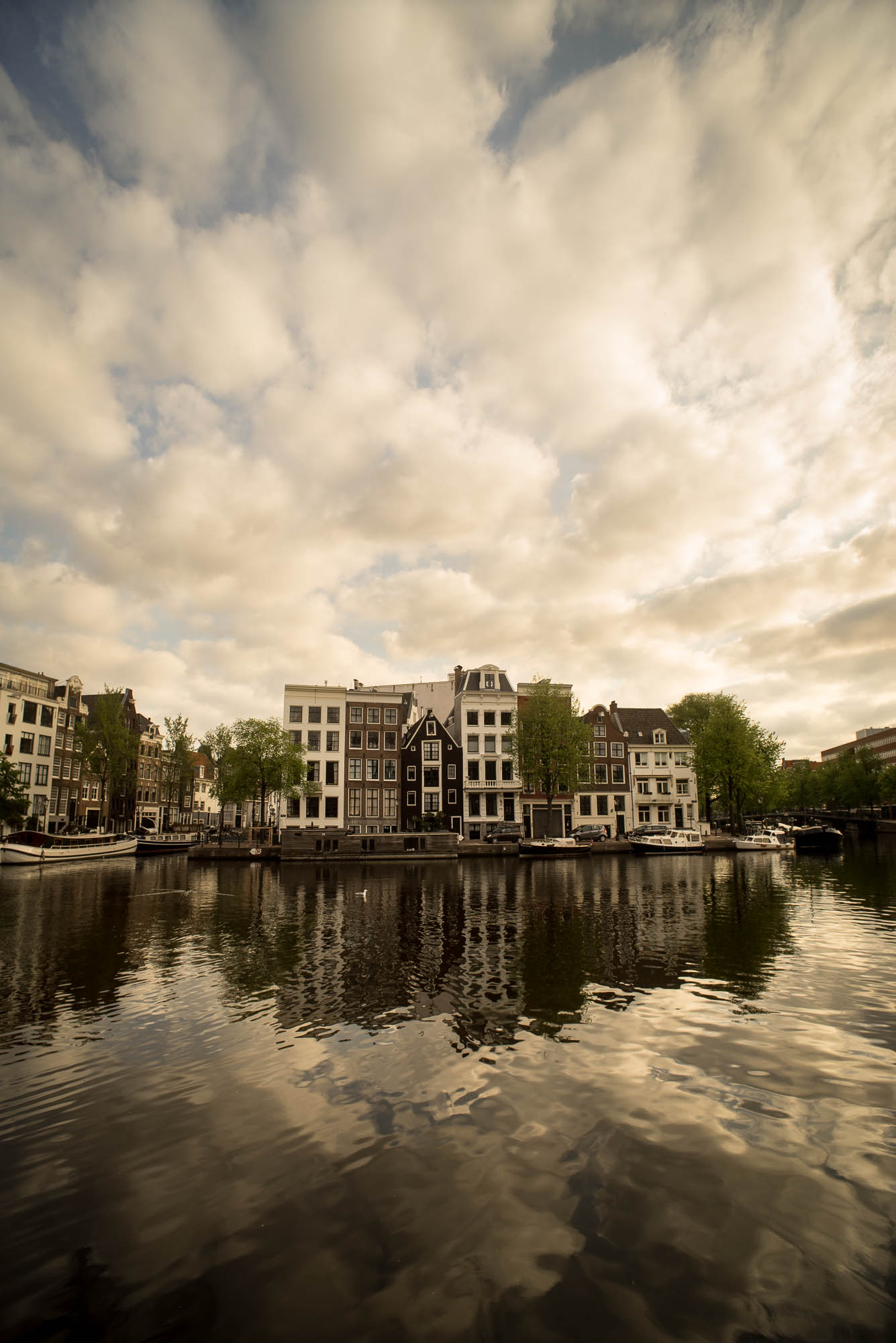 It was made on the very last morning of my recent trip to the city.

We had to catch an early bus to the airport and hesitated between a lazy ride on the tram or an hour-long walk with heavy suitcases. The walk won, as it always does if you give me half the chance.

And what a shame it would have been to be stuck in public transport during such a magical sunrise. Apart from local contrast adjustments to make the houses lighter and the river darker, the image is largely untouched. I didn’t even correct the convergence produced by the very wide Leica R 19 II on my Sony A7r because it accentuates the natural lean and gives the group of houses a bunched-up look of penguins cuddling in the cold.

If anything, this photograph proves 3 things that every travel photographer should always keep in mind :