As tourist destinations go, Istanbul’s abundant architectural heritage, rich waterways and vibrant street life make it one of the most photographer friendly. And its apparent drawbacks – pollution, constant state of renovation, crowds – actually contribute to the attraction, if you’re willing to look for something a little different from the tourist postcard.

Here’s my personal list of top 10 Istanbul highlights for photographers.

Steely-grey in just before sunrise, russety-brown at dusk and slightly veiled during most days, the quality of light changes with the time of day and seasons of the year but often adds a very welcom soft-filter to the scenery. So, although modernised and sanitised, the city can still display some of the exotic charm found in Orientalist paintings of the 19th century. 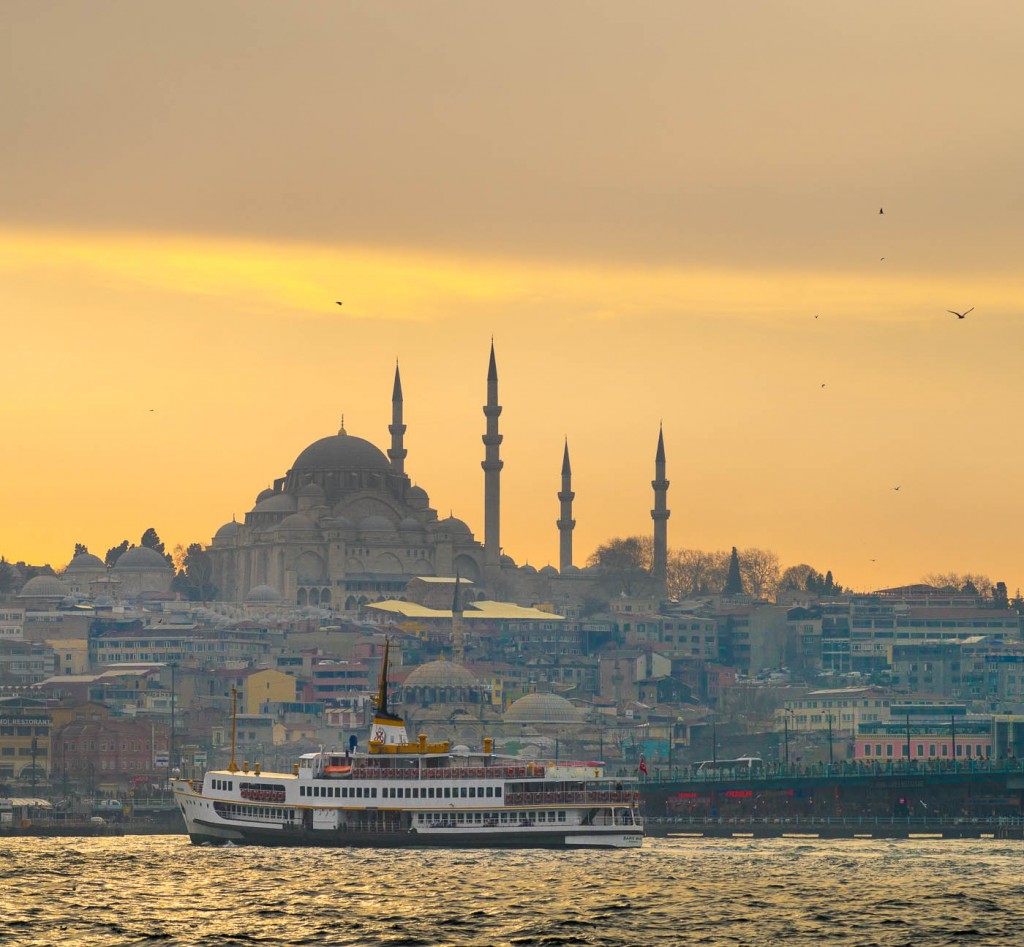 Unsurprisingly, mosques reprensent the first attraction on the shortlist of most visitors. And your first sight of the Blue Mosque lighting up against the evening stars is sure to send shivers down your spine. But there are also smaller, more intimate mosques to look for plus synagogues, catholic churches and orthodox churches to fill your card space. And if religious buildings aren’t your cup of tea, half a dozen palaces provide scenery ranging from the ornate ottoman pavillion to the baroque marble mountain. 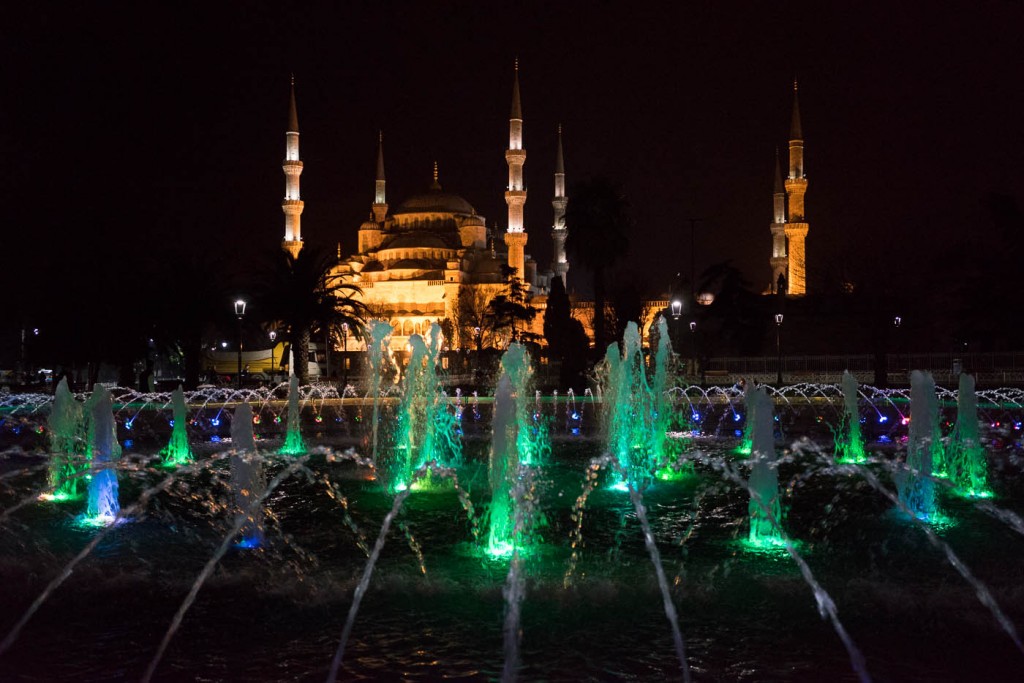 Life on a bridge. Night and day, you’ll find a lot going on, on under and around this bridge. From fishermen to restaurants to boats to street food vendors, subjects will last you longer than your battery can handle. 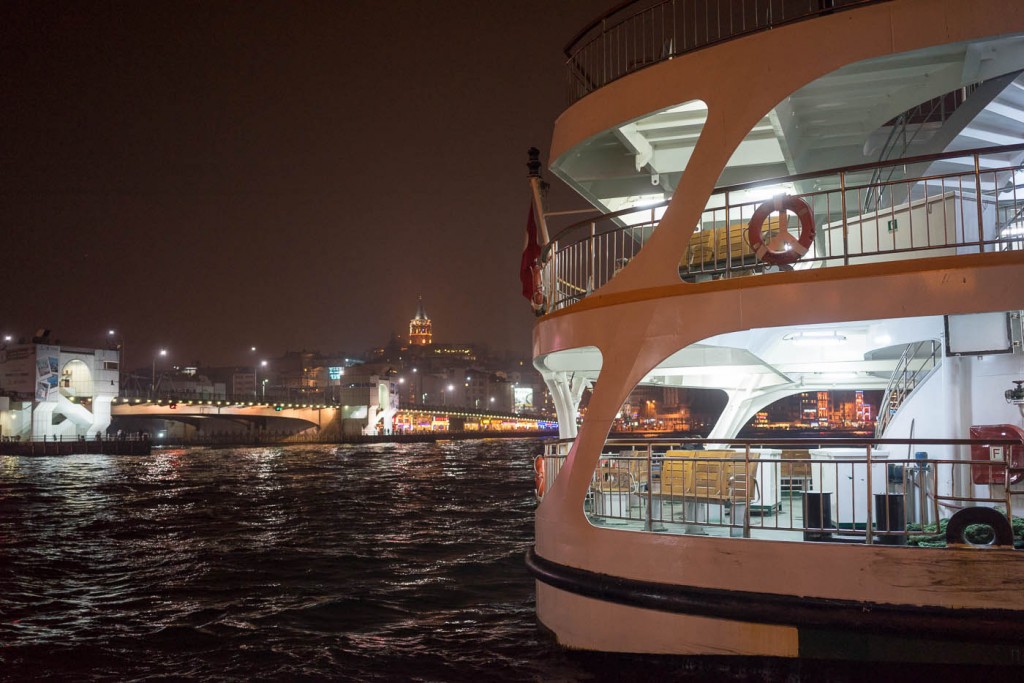 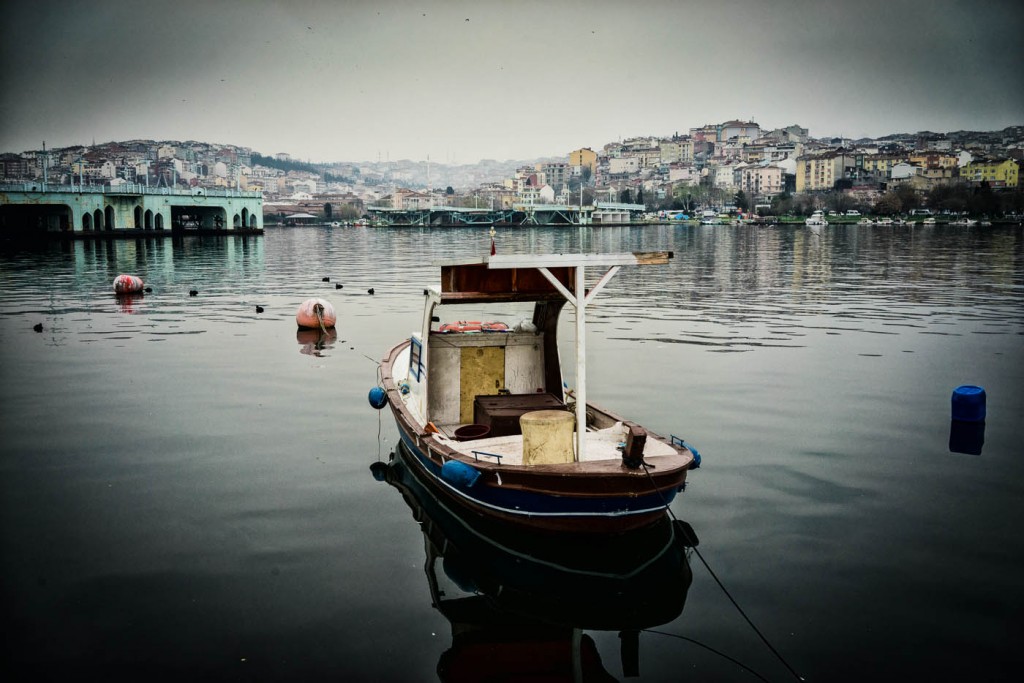 At night, galleries arts & crafts shops light up like Alladin’s cavers, bars fill up with colorful life, drab looking streets get painted golden and green and commercial areas simply fill up like a stadium on match day. Istanbul comes alive at night, and does so in a way that will titillate sensors! 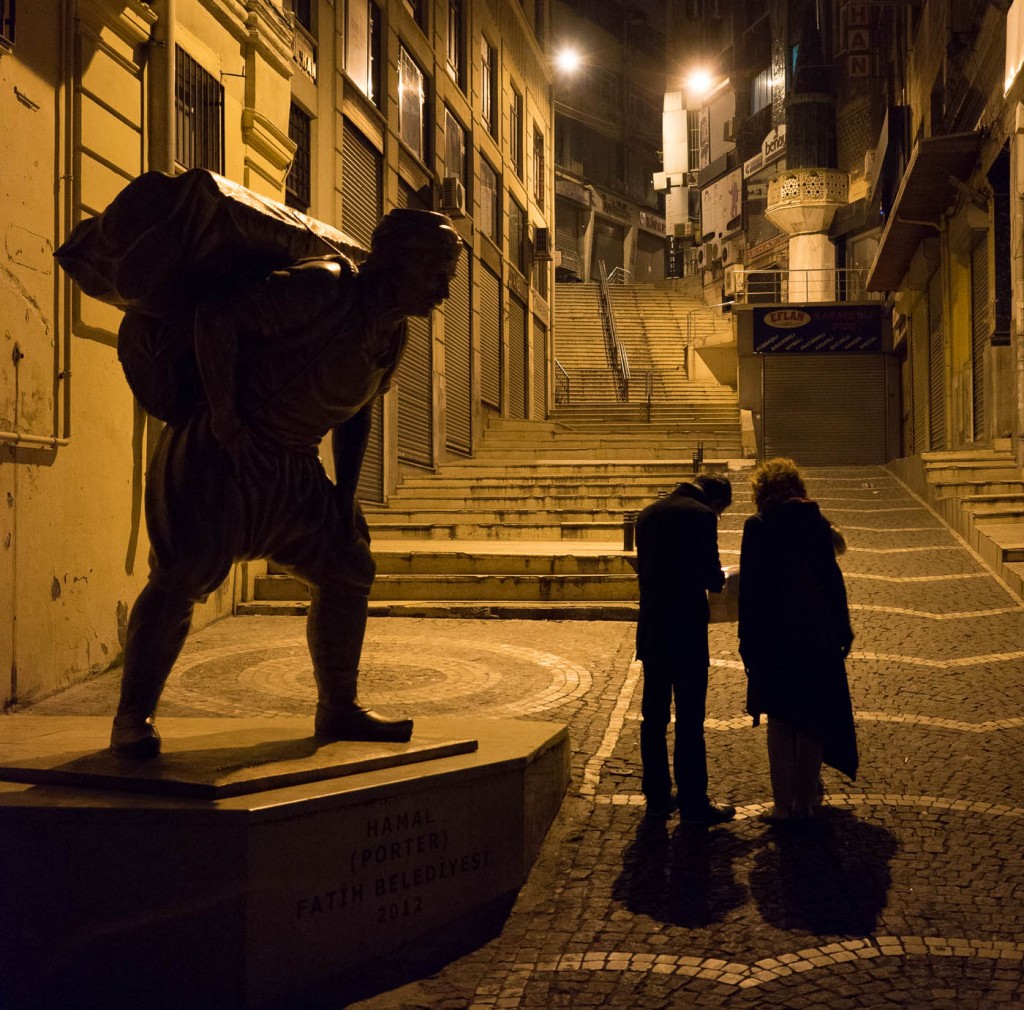 Don’t Google that one 😉 My wife made it up from Istanbul and renovation such is the amount of renovation work being done everywhere in the city. If you’re a lover of perfectly framed shots with no distractions, you’ll return from Istanbul in a strait jacket. Embrace the ladders and scaffoldings as THE subject, though, and you can bring back digital souvenirs that no one else among your friends will have captured. 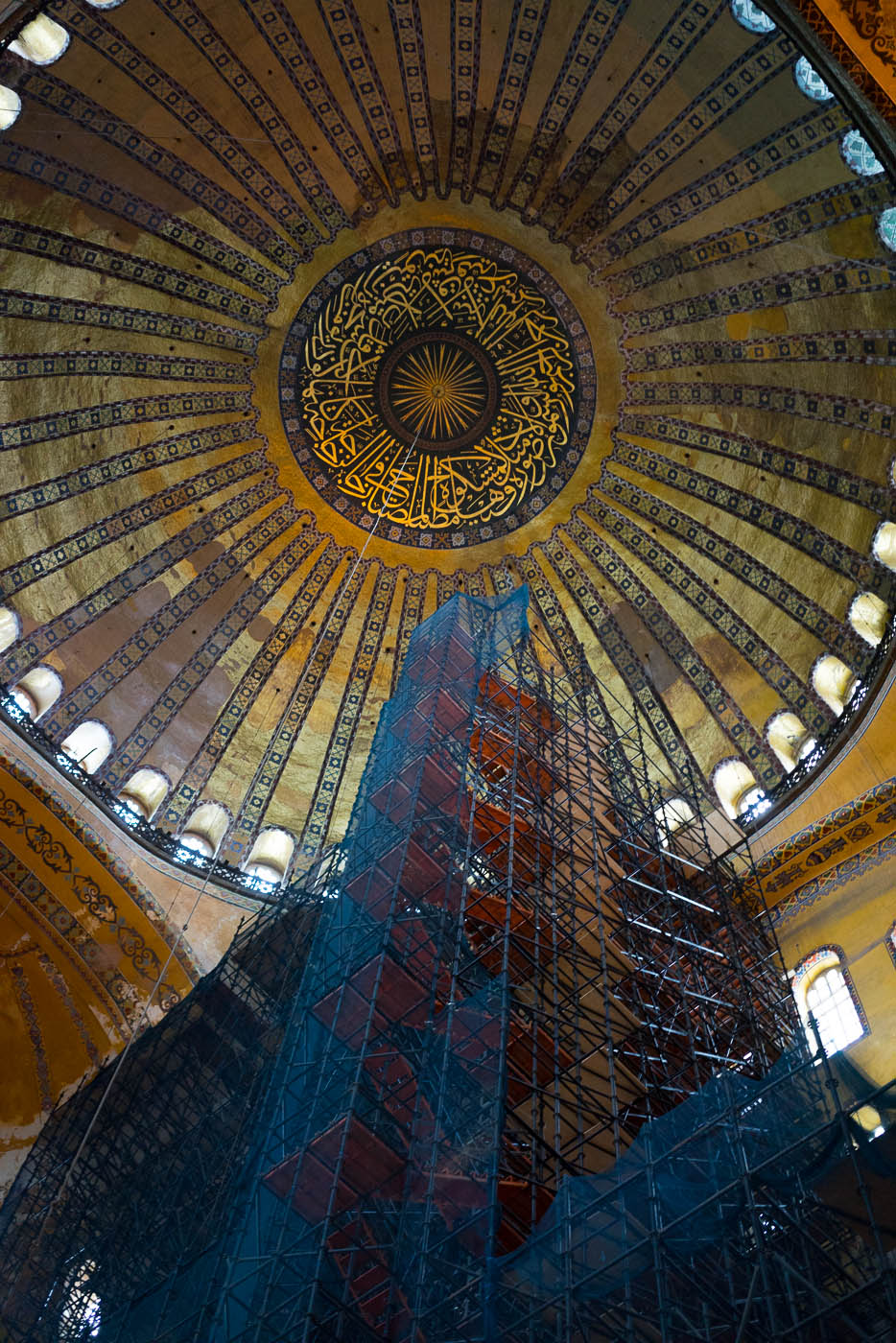 Thanks to a very open plan, large waterways and frequent breezes, your lungs won’t notice the pollution nearly as much as your eyes will. Istanbul isn’t quite Hong-Kong. But the day CSR and anti global-warming strategies gain a foothold with local authorities, let’s just say photography will be a very different sport. 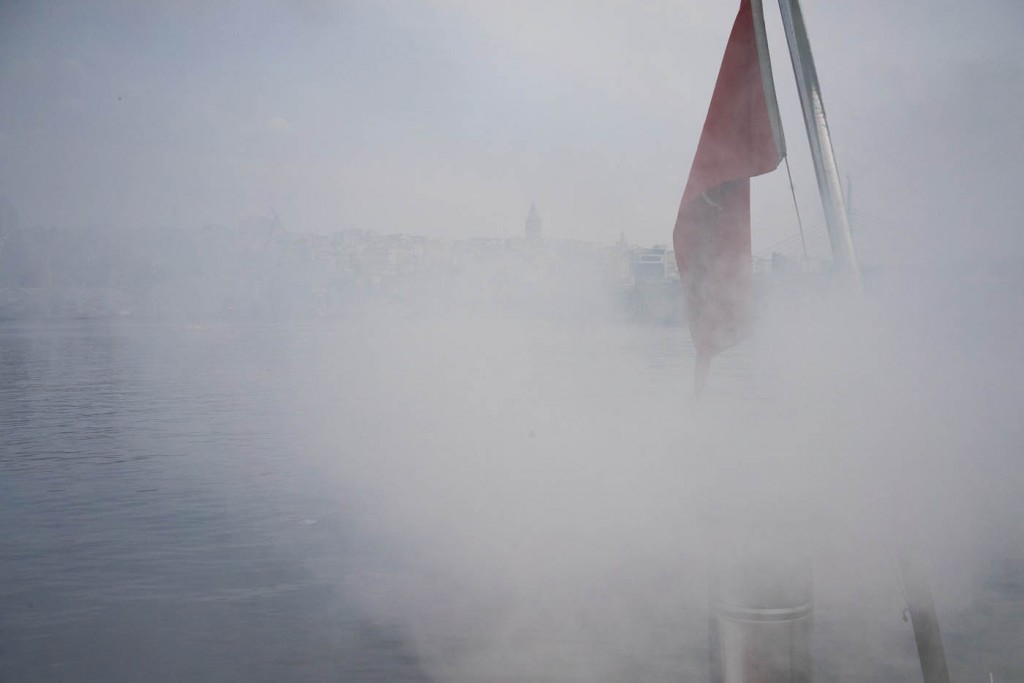 Ticaret means commerce in Turkish and occupies a huge part of life in areas such as Sultanahmet. Bazaars are an obvious venue and an unexpectedly pleasant one at that. But the surrounding streets will often reveal more interesting scenes. 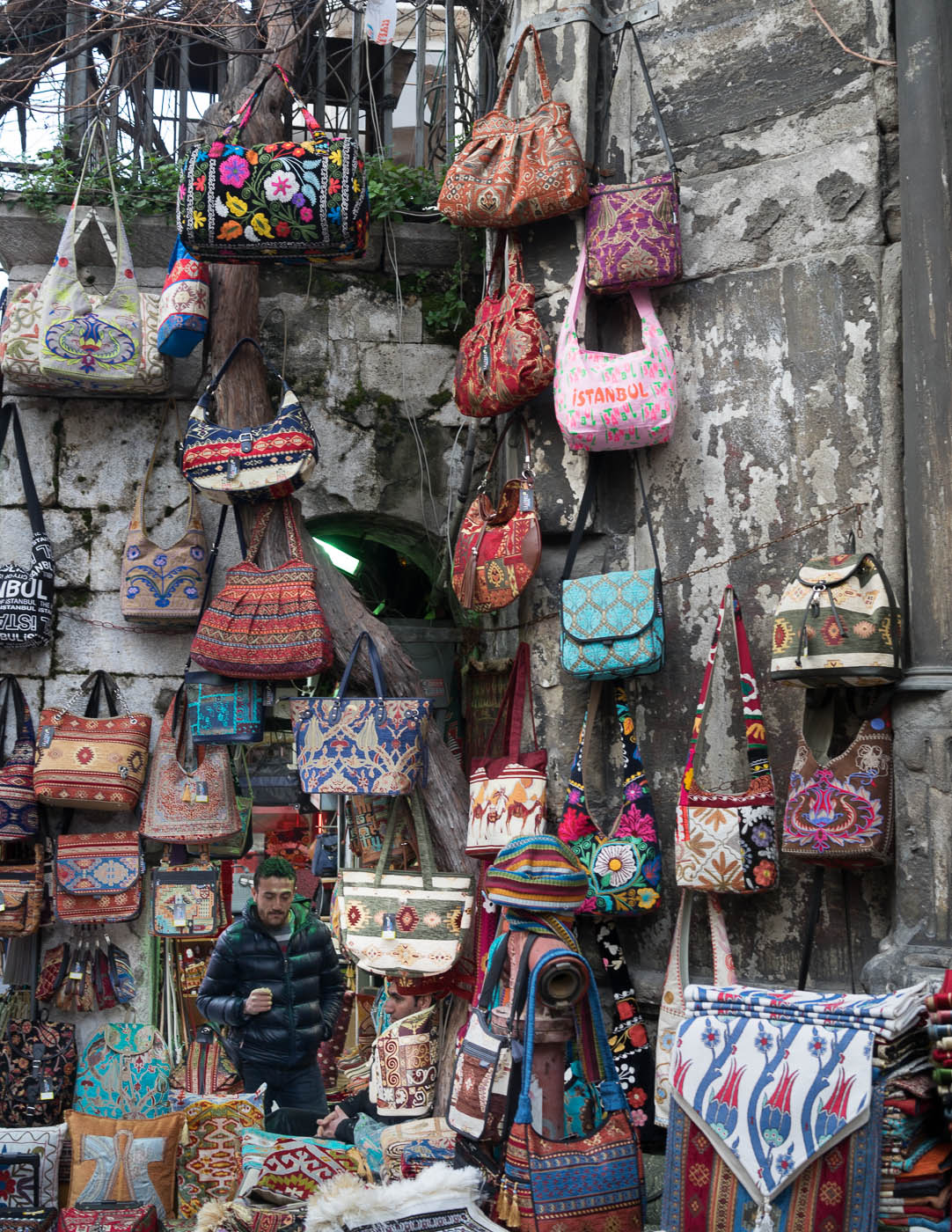 Shopkeepers and their bounty near Istanbul’s spice market

In spite of governments plans to eliminate, then – faced with intense public protest – relocate the hundreds of stray cats and dogs found all over town, you will not be able to walk long in Istanbul without noticing lazy rottweilers, cuddly mongrels and legions of cats in parks, streets and even shops. I dare you to spend a few days shooting the streets without pointing your lens at a few furballs 🙂 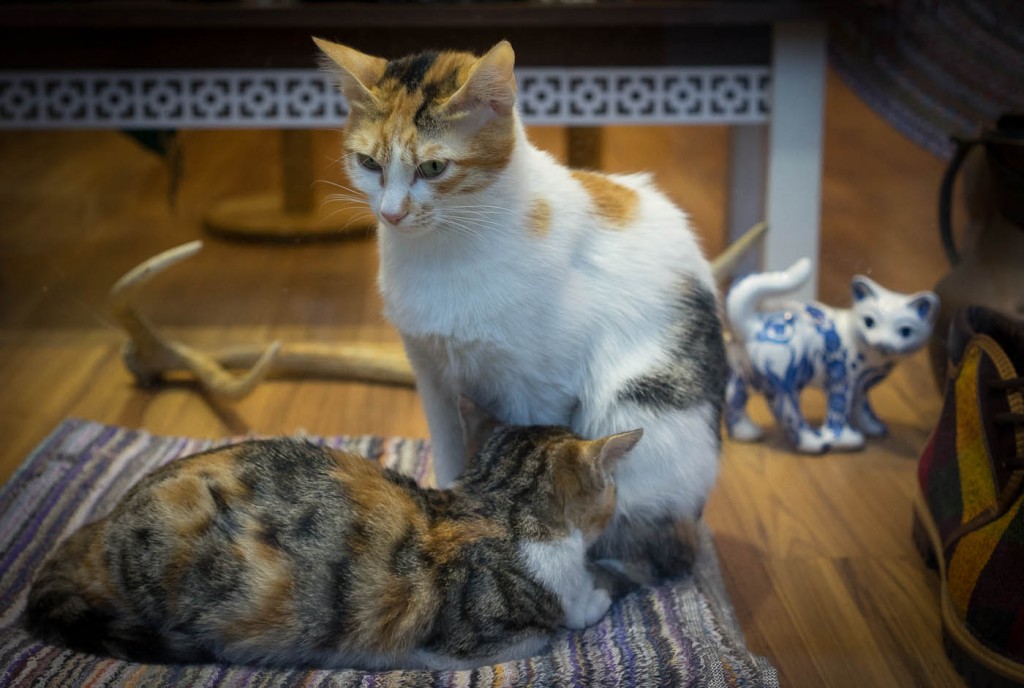 While I don’t dig them much myself in photographs, views from the city’s high points are spectacular. And a recent exhibition including a sunset over 4 mosques and Galata bridge photographed from Beyazit Tower has convinced me that some sweeping panoramas can be breathtaking.

Since I haven’t swept any panoramas recently, here’s a dusty feline for compensation. 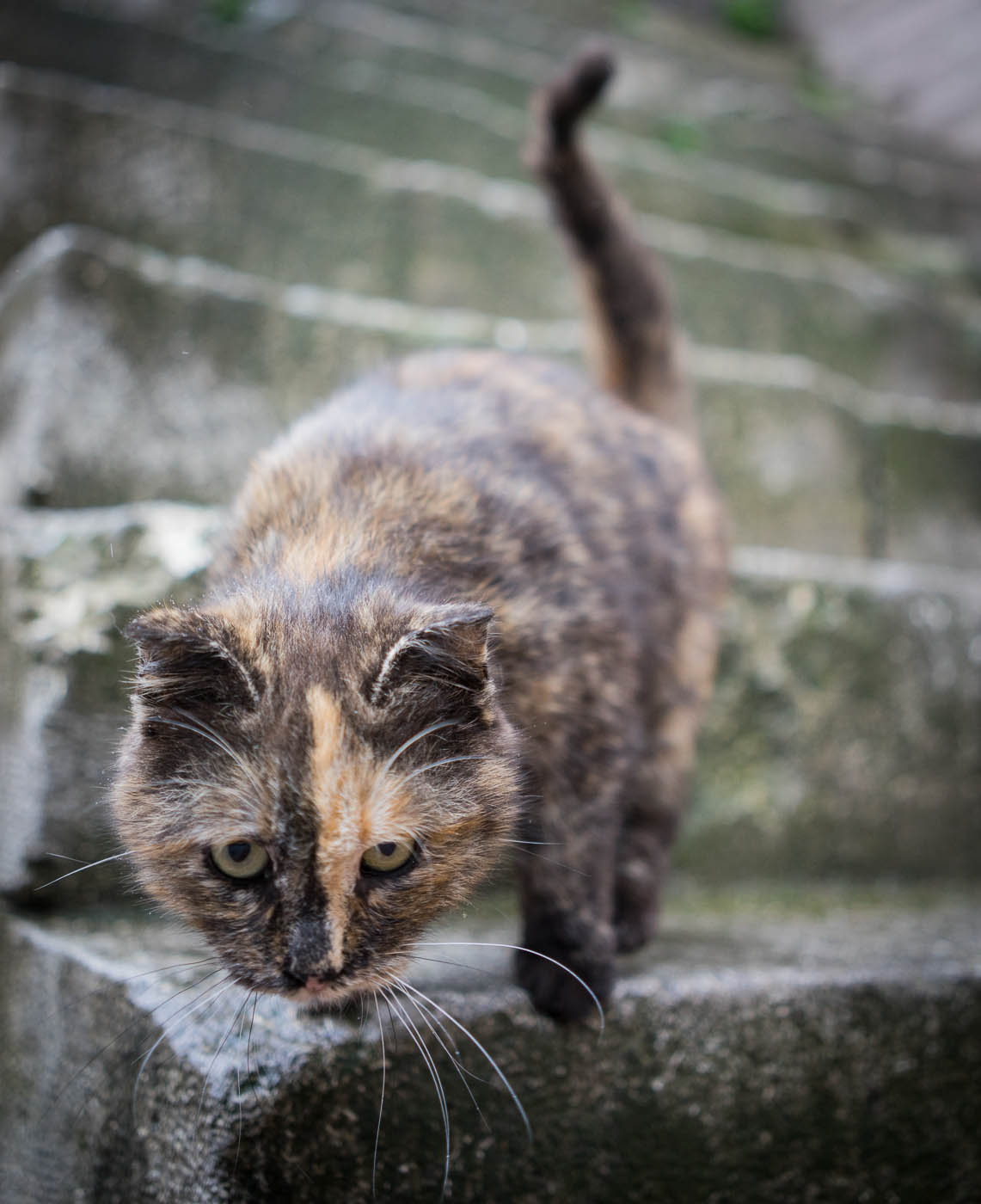 Previous Post #204. Michael Kenna on the silent conversation between subject and photographer Next Post #206. Leica Elmarit-R 19/2.8 – superwide on steroids for the Sony A7r