These have been busy days; travelling from Gwalior to the Js. First to Jaipur, several days on the streets and then on to Jodhpur. Two cities in central India that are home to much of the country’s history and able to speak volumes of their entanglement with their former colonial rulers.

Jaipur, unremittingly India, colourful, noisy and a must on anyone’s travel agenda. It is also home to the sprawling, hilltop Amber Palace and with the right guide, a place of constant surprise and delight.

We’d arrived after a lengthy drive from Gwalior. Nine hours on a variety of roads from primitive, yet effective (and tolled) dual carriageways, to rutted, potholed country tarmac. Piloted by the ever-capable Manoj our driver, we finally tumbled off the bus late in the afternoon and set about doing b-all.

The following morning, our itinerary was essentially a tour of the Amber Palace. The bus set us down in Ghandi Chowk, the village at the base of the hill over which the Palace looms. On the suggestion of our guide, we wandered the lanes, alleyways and various temples on our walk up to the Palace itself. Before you ask, yes it was blerry hot – before 10:00 and the temperature was already reaching for the mid-30s Celsius. 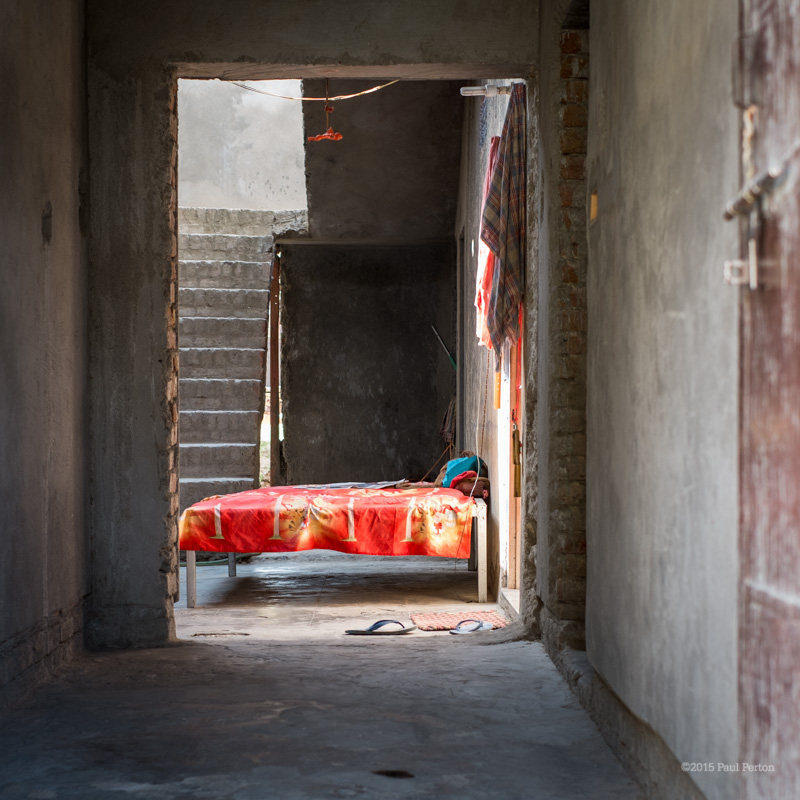 Every town and city we’ve visited has a slightly different feel; Jaipur being no different. It’s closer to its agrarian roots, retains more structured village-like housing and is palpably tidier.

Depending on your photographic preference, the Amber Palace offers just about everything; horizon-to-horizon views, magnificent (if down-at-heel) buildings, quiet corners and people everywhere. October is late season in this part of India and the crowds were manageable – it’s hard to imagine what high season 40C temperatures and thousands more people could do to the current semi-tranquility.

From the Palace, we descended into the city and it’s market under a banyan tree. It’s very obvious if you’re driving past, but few guides seem to bother, preferring to usher their charges through the more obvious tourist landmarks.

The market under the banyan tree, Jaipur

We got to see locksmiths cutting and matching keys by hand, the hairdresser turning out first class high-lather, straight razor shaves and a transport hub, all in an area not much bigger than a large blanket.

From there the street market was just a few steps, the colour and bustle of India on display at every turn. 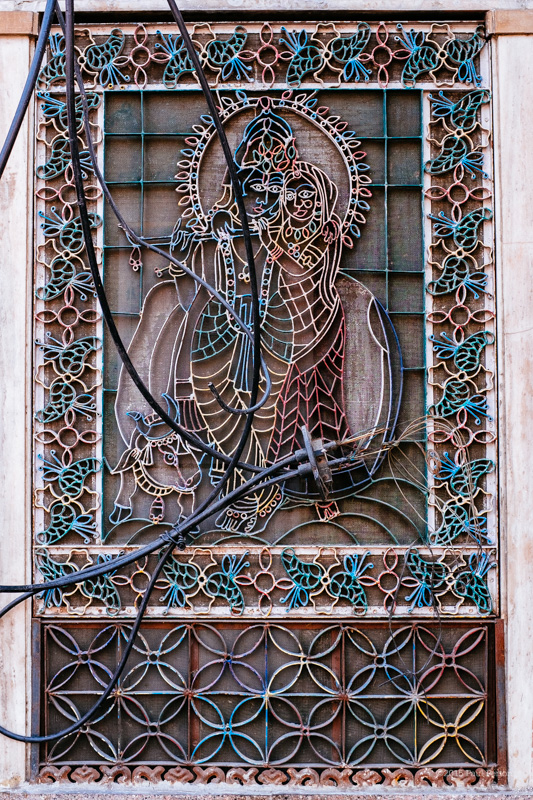 Day two saw us lolling – the guide books call it a “day at leisure”, we call it a “down day”, which we use to rest and sleep a bit, attend to our personal needs and wander the immediate area. Years of touring have impressed on us the necessity of time off – if you don’t make time in your schedule, you’ll quickly wish you had – especially with day time temperatures peaking close to 40C.

Day three. The early morning vegetable market, cold coffee in one of the city’s famous patisseries and on to the Monkey Temple. Nestled in the hills to the east of the city, it’s usually ignored by tour guides and visitors alike – a pity as the photo opportunities are wonderful. 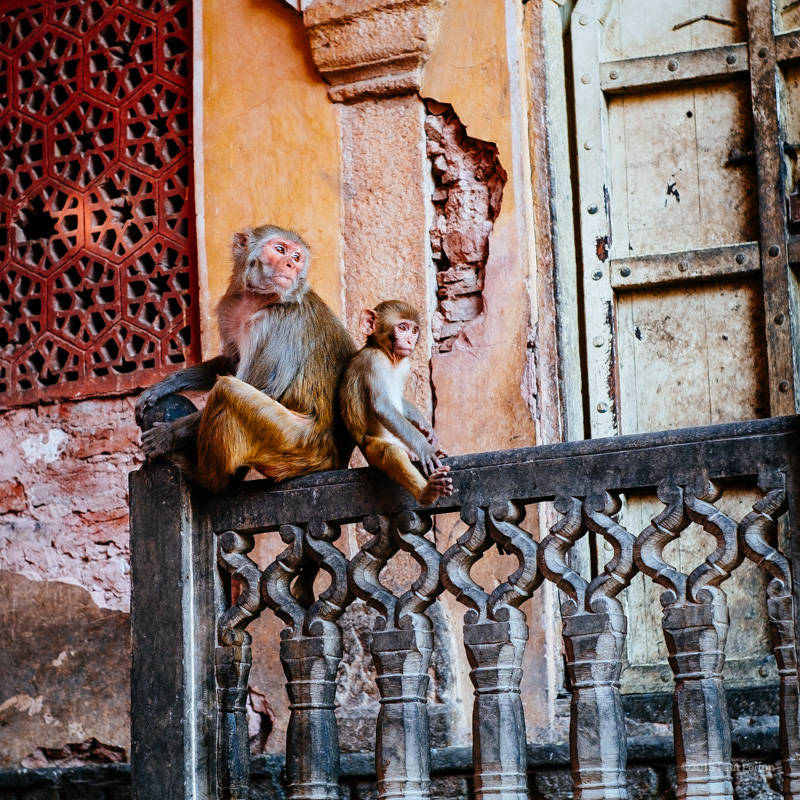 A late lunch in one of the city’s swankier coffee shops and back to the hotel to prepare for the drive to Jodhpur tomorrow.

Hard though it was for us to believe, Jodhpur is almost clean and free of litter. Our guide explained the Rajah’s ongoing involvement with the city and away from the (supposedly idle and corrupt) ministrations of the government, things like refuse collection and maintenance work and are well funded and get done timeously. 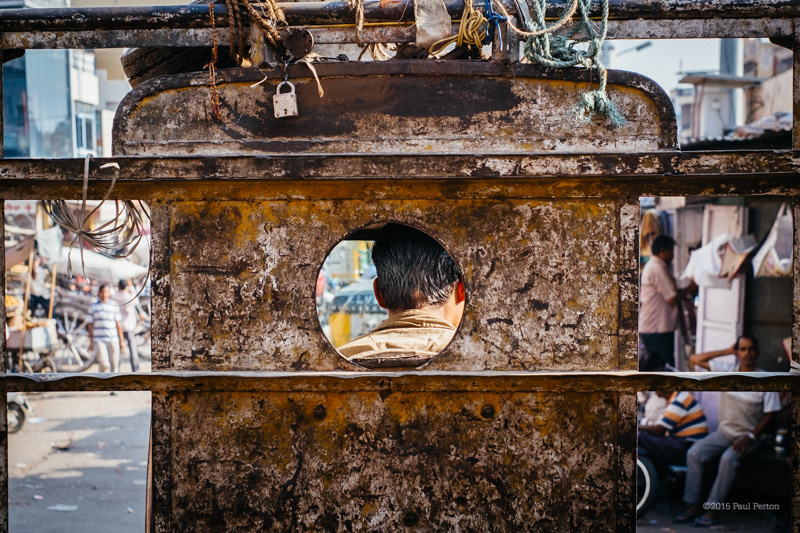 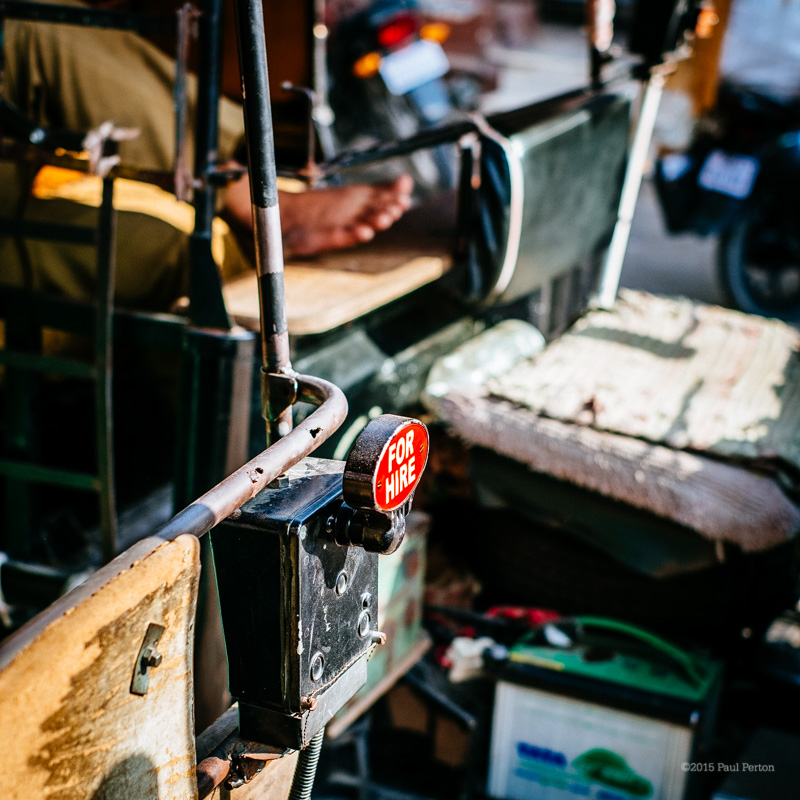 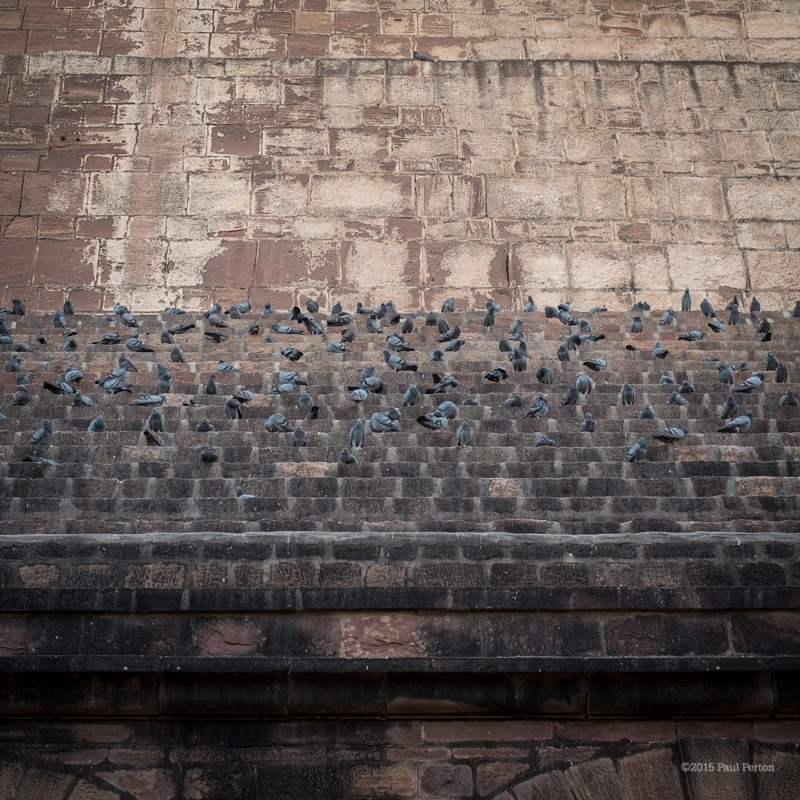 The Mehrangarh Fort hovers spectacularly over the so-called Blue City city; perched on a commanding hilltop. Our guide was highly enthusiastic about the Fort and we found it’s tour well organised and pleasantly free of litter and land mines left by the itinerant cattle. 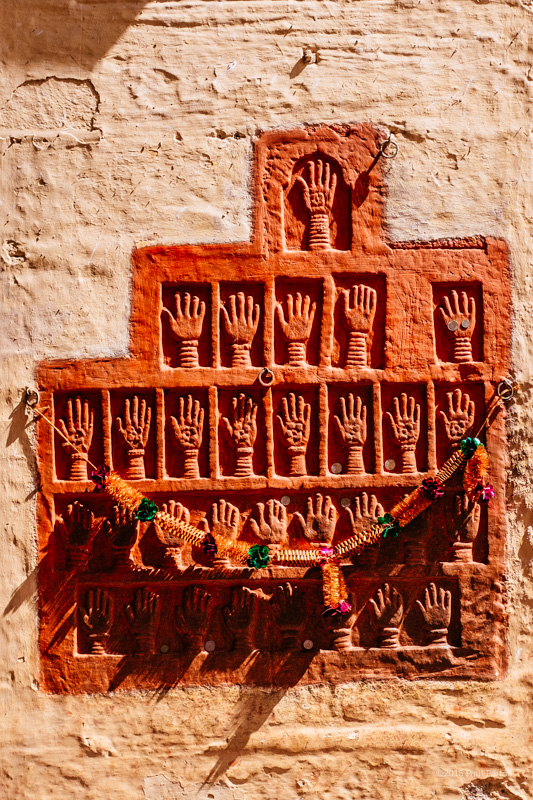 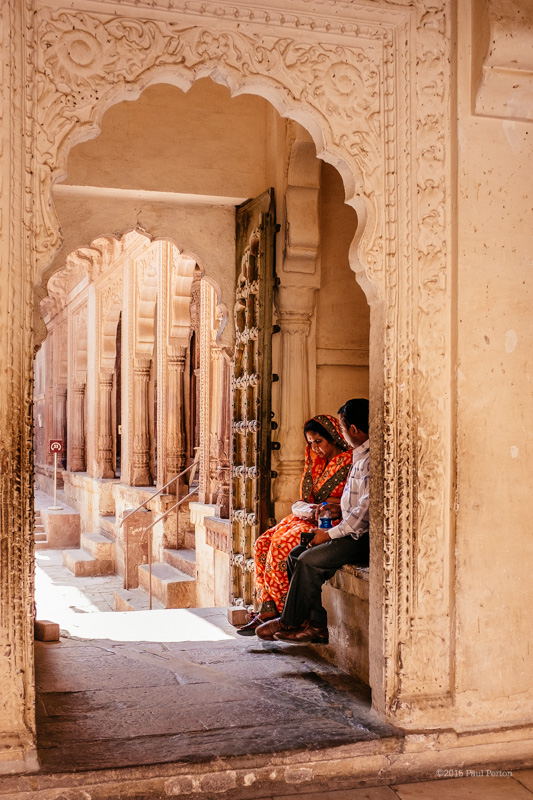 Inside the Mehrangarh Fort, Jodhpur

Apparently, the municipality herd these bovine interlopers together and take them to a central pound, where owners can pay a fine and re-claim them. Likewise, badly parked cars – the first city in India where we’ve heard anyone even mention a functioning police force.

The guide created some expectation regarding Jodhpur’s street market. The city is very much a desert city and it’s market reflects the different style that brings. Gone are the narrow lanes and claustrophobic press of people, in it’s place, open air displays and vendors selling the produce so typical of the region. There is even a thriving area in the market for used clothing, especially freshly washed and pressed saris. And, for the first time since arriving Mrs P buys spices and a (new!) magnificent cashmere scarf for our upcoming and doubtless chilly UK visit.

All too soon, the clean and thoroughly enjoyable Jodhpur falls behind us as we move on to the last leg of this hugely enjoyable and entertaining journey. We’re headed for Narlai, a tiny village barely on the map, ignored by the guide books and home to a hotel our recent experience tells us from which we should not expect too much.